The key to your perfect brew is air!

It is a beautiful October morning and you wake up to the smell of wild lilies porched in your little garden space, with young birds announcing the break of day. You draw the curtains and allow the morning rays to warm your face, before you turn on the coffee machine, pick a cup with a happy quote – “Be kind” and pour yourself an extra generous cup of freshly roasted coffee.

There is nothing more inviting than the aroma of coffee, a wake-up call to the morning chaos, fuel to keep you going for the rest of the day. This conversational beverage will warm you up to every social interaction, whether an important business presentation or a quick catch up with your buddies!

Coffee is a form of art

Coffee beans are grown in over 80 countries, making this beverage extremely diverse in flavour and texture. From Colombia and Ethiopia to Brazil and Jamaica, these countries possess adequate climatic conditions to produce the highest quality of coffee. After harvest, coffee undergoes numerous cleaning and sorting operations until it is finally ready for market.

Coffee making is a form of art, let’s go to the origins of where it all began.

The origins of coffee

Coffee is a wonderfully popular beverage that dates back centuries to its origins in Ethiopia. Here, it flourishes as undergrowth in cool and shady woods at altitudes of 1,300 to 1,800 m above sea level.

Raw coffee grows on the branches of the coffee plant in tropical and sub-tropical regions. It can grow up to 10 m in height. The fruit of these plants contains two kernels, which are the coffee beans. The main varieties are Arabica and Robusta.

Coffee roasting began in the 13th century. It is a heat process that causes chemical changes in the beans, bringing out the aroma, colour and flavour. Depending on the desired flavour and aroma required in a coffee blend, coffee roasters mix together coffees of different origins, types and quality. They also preserve coffee either as whole beans or granulated powder in specialised packaging, to create -lasting freshness, for whenever you brew a pot of this roasted beverage.

Oxygen is excluded from the packs either by evacuation or by replacing it by an inert gas (nitrogen) in normal air, since the greatest threat of coffee is oxygen and humidity.

An essential aspect of the coffee packaging process is flushing the bag with nitrogen. Nitrogen in its gaseous form is injected into the bag, where the coffee beans are placed, displacing the oxygen and moisture from within. Nitrogen plays a key role because of its inert properties, which means it does not interact with the oils in the coffee as oxygen would.

Since this process eliminates any presence of gases in the packaging, the freshness of the coffee is preserved, offering the fresh and invigorating experience even for months after it is packaged in the factory. Another benefit of this process is its ability to provide the same aromatic experience, which is especially anticipated by coffee connoisseurs.

What about the carbon-dioxide released by the coffee beans?

The gas valve is a one-way air valve and hence prevents any outside air from penetrating into the bean bag and affecting the quality of beans. The trick to that freshly roasted aroma when you open the bag is the removal of all oxygen, humidity and air that may destroy its quality.

Whipping up a Dalgona coffee

The Dalgona coffee trend which became a craze around the world, has an interesting knack to it! The top layer of the coffee is made by repeatedly beating coffee, sugar and hot water, until it becomes airy, which makes the resultant mix super light, sitting atop the milk.

So, as it turns out the key to your perfect Dalgona coffee is air!

The next time you pour yourself a nice hot (or cold) brew, let the aroma sink in, let the taste fill your senses and then you’ll know your coffee has been in good hands, courtesy compressed air. 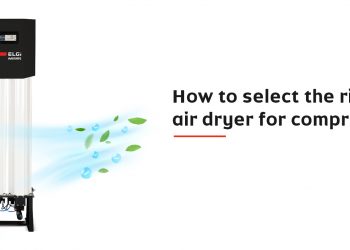 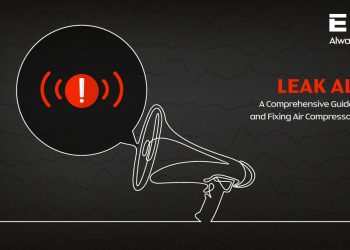 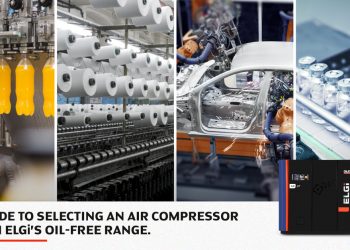