Compressed air finds a delicious application in the kitchen. A Chinese emperor's kitchen closed for commoners, a glamorous New York restaurant filled with urbane glitterati and a Beijing street food stall beset by globetrotting foodies - something surprising links them together.  A rare blend of the succulent and the scientific, named after the 14th century Chinese capital now known as Beijing, this culinary delight’s repute equals that of the Great Wall of China. How did this ancient gem from the imperial kitchen make its way to our 21st century palates? This is the story of the Peking Duck’s rise to international fame on the back of modern technology. 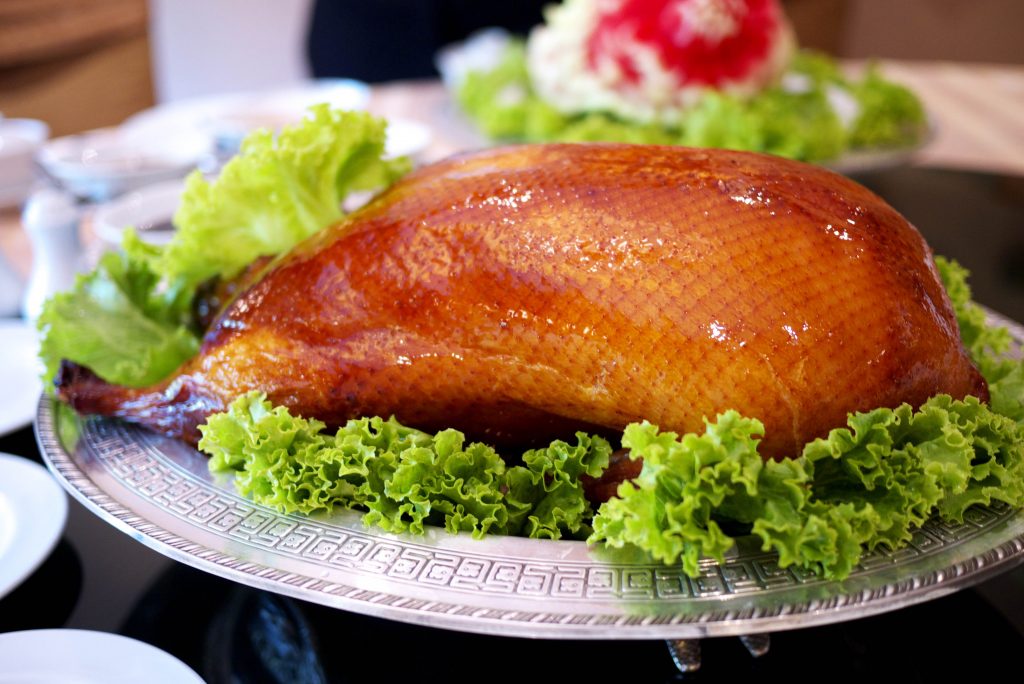 Connoisseurs of food must be well aware of the piquant aroma, crispy texture and succulent taste of Peking duck. The gluttonous birds are specially bred free range at duck farms for maximum fat content for 45-65 days. Once in the restaurant, they’re prepared using a unique mix of salt, sugar and spices. Masterchefs jealously guard this secret blend against competition and consumer alike. The stuffed ducks are then dried for 48 hours at 3 degrees in purpose built-equipment. Then and only then are they slow roasted in a hung or closed oven. 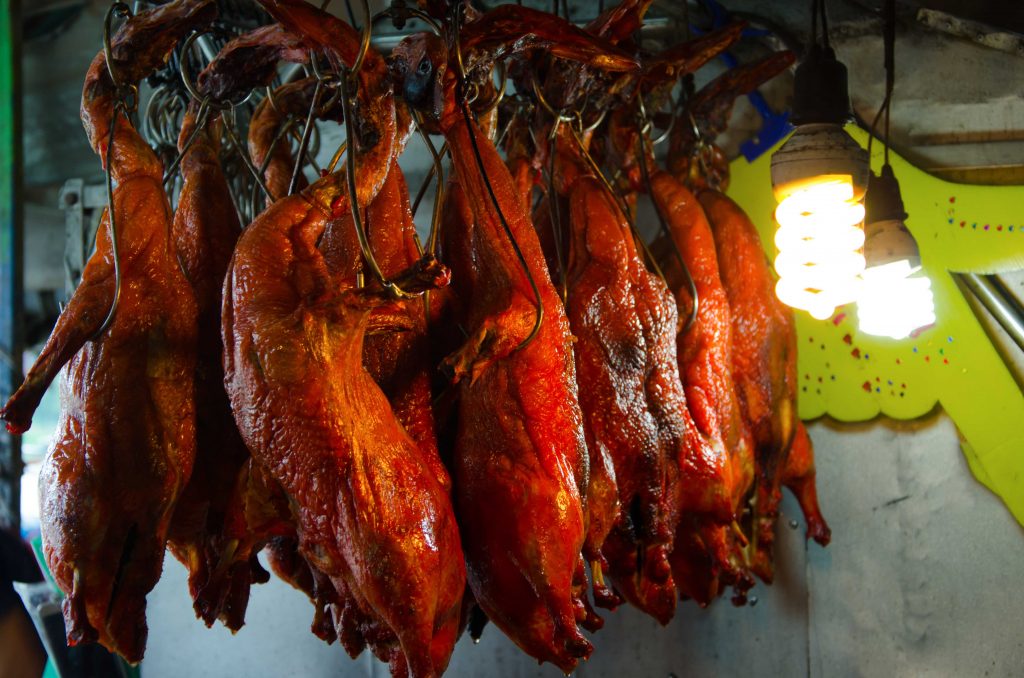 The roasted duck is cut in exactly 120 thin slices and served with Hoisin sauce and scallions. The discerning eater would tuck into the neck meat first as it is the softest. Pair this sensuous affair with the right wine say, Champagne or White Burgundy and you have a meal fit for a king.

The roast duck or "shāo yāzi" had been a traditional Chinese recipe for centuries but it was during the reign of the Ming dynasty that a curious variation of the recipe was introduced in the royal pantry. The chefs found a missing ingredient that helped create the delectable dish we know today - air! Before roasting the duck, the chefs started to blow air into the duck’s mouths. This helped separate the skin from the flesh, creating a thin, crackly and incredibly delicious texture that made the royals’ mouth water.

By the 18th century, under the Qing dynasty it became the preferred food choice of the nobility - so much so that they wrote poetry in its praise. Peking duck had taken its first few diffident steps out of the palace and was ready for the world. The recipe was already being smuggled out of the ivory towers. Plucky traders were tinkering with the recipe and the umami breeze was blowing out the castle gates. 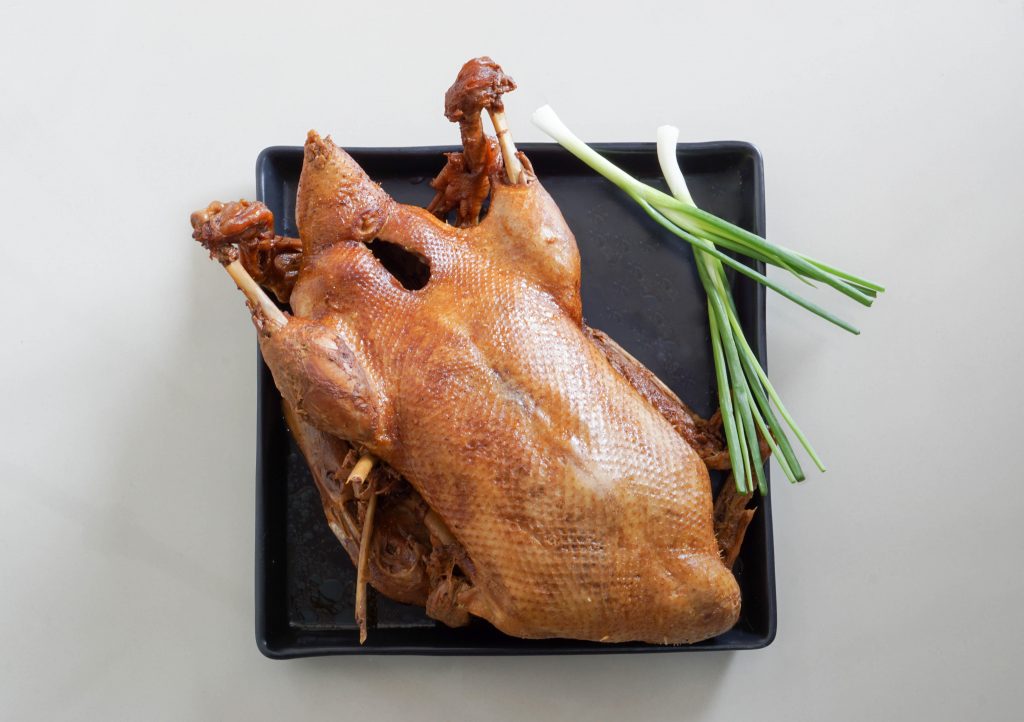 As is must with all dynasties, the Qing dynasty’s hold weakened eventually and soon royal chefs left to start Peking duck restaurants outside Beijing and the rare delicacy was finally brought to the masses. Today, Peking duck isn’t just an aficionado's savoury indulgence but also a politically significant national dish of China. Many a dignitary have been wined and dined at these fine specialized establishments and fallen in love with this beguiling treat. Some notable names include the US State Secretary Henry Kissinger, US President Richard Nixon, German Chancellor Helmut Kohl and Cuban Prime Minister Fidel Castro.

Along the way the old recipe has undergone significant evolution. However, the skin still remains the soul and substance of the dish: thin, crisp, fat-free, glazed, roasted, mouth-watering, and beguiling. The trick is to separate the skin and flesh for an ultra-crispy flavor. Modern restaurants have found an innovative solution to achieve this. On a busy weekend, with multiple orders flooding again, restaurants need the ducks to be blown up quickly and efficiently to get the next batch ready. This is where compressed air comes finds an innovative application.

“We use the air compressor to blow up the duck, we want the fat to melt away while we roast the duck and the skin is where all the flavor lies and what our customers first bite into,” says Head Chef, Joe NG, at Decoy one of the most famous restaurants in New York.

Compressed air enables a much faster, safer and hygienic preparation and at the same time enhances the taste by providing a much cleaner separation. At ELGi, we’re committed to bringing you the fascinating applications of air compression technology in different walks of life; be it mining, construction or a memorable Peking duck meal with your family.