ELGi Product Showcase: A ‘small’ step in the right direction 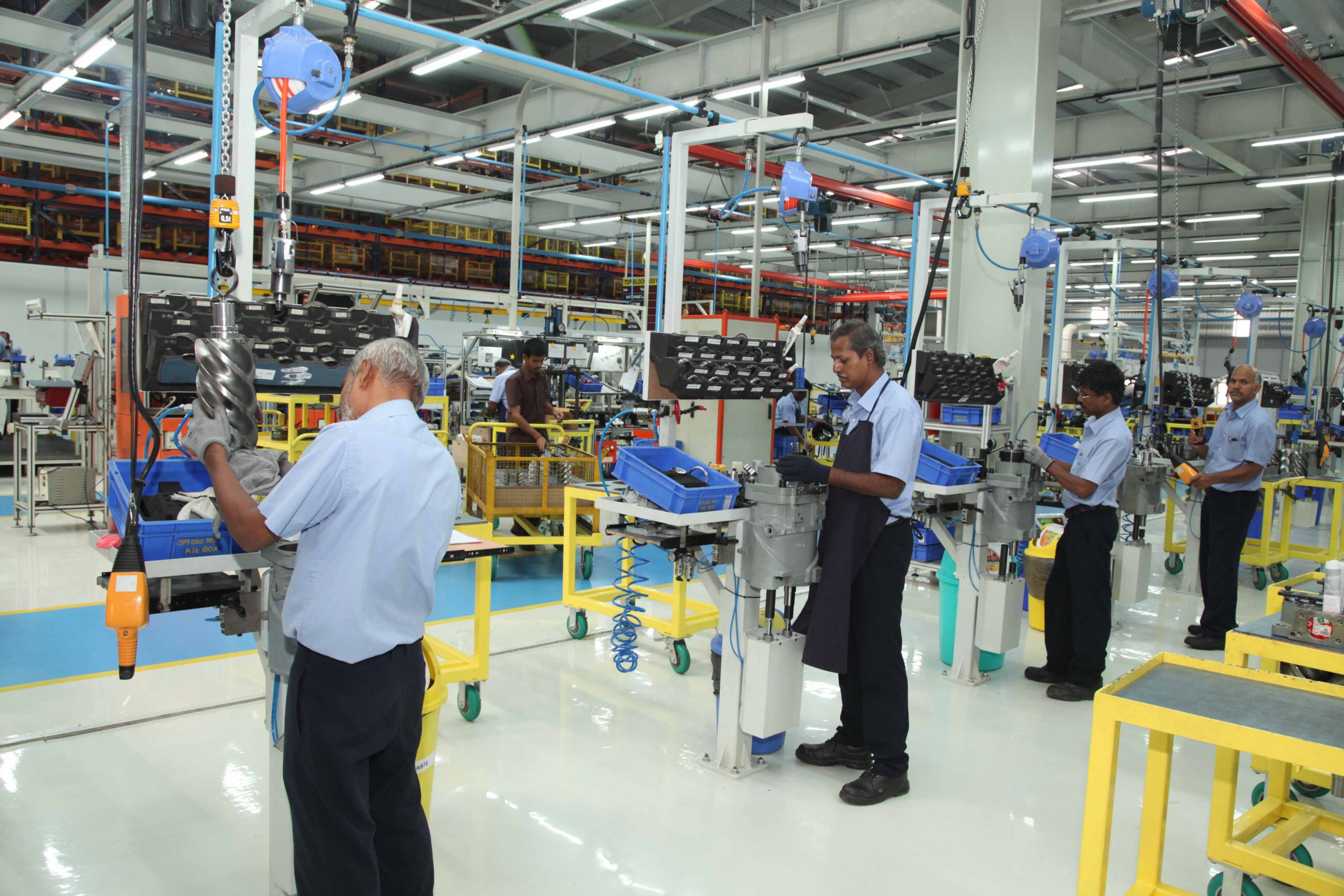 At ELGi, we like to keep ourselves abreast of the latest technological strides, to deliver the best to our clients across the globe. We realized that there was an unmet demand for compact, economical (yet efficient) compressed air solutions in the market. True to our tradition of innovation, we developed a series of air compressors that’s significantly small in size. The ELGi EN series is economical from a design and maintenance viewpoint with no compromises on the functional performance of the air compressor.

A typical air compressor has a large number of functional components. These components are separately housed and independently mounted on the system platform with pipes connecting each individual component. This arrangement warrants a bulky system and takes considerable time to assemble. Furthermore, such systems tend to have high manufacturing and servicing costs.

In an effort to reduce costs and system size, ELGi has encapsulated all the components and the compressor within a common housing. The intake valve, air filter and solenoid valve are all mounted on the airend itself. Encapsulation eliminates much of the external piping that a conventional compressor system requires. With majority of the lubricant piping internal, the compressor greatly mitigates the possibility of leaky fittings and reduces the maintenance touch points. 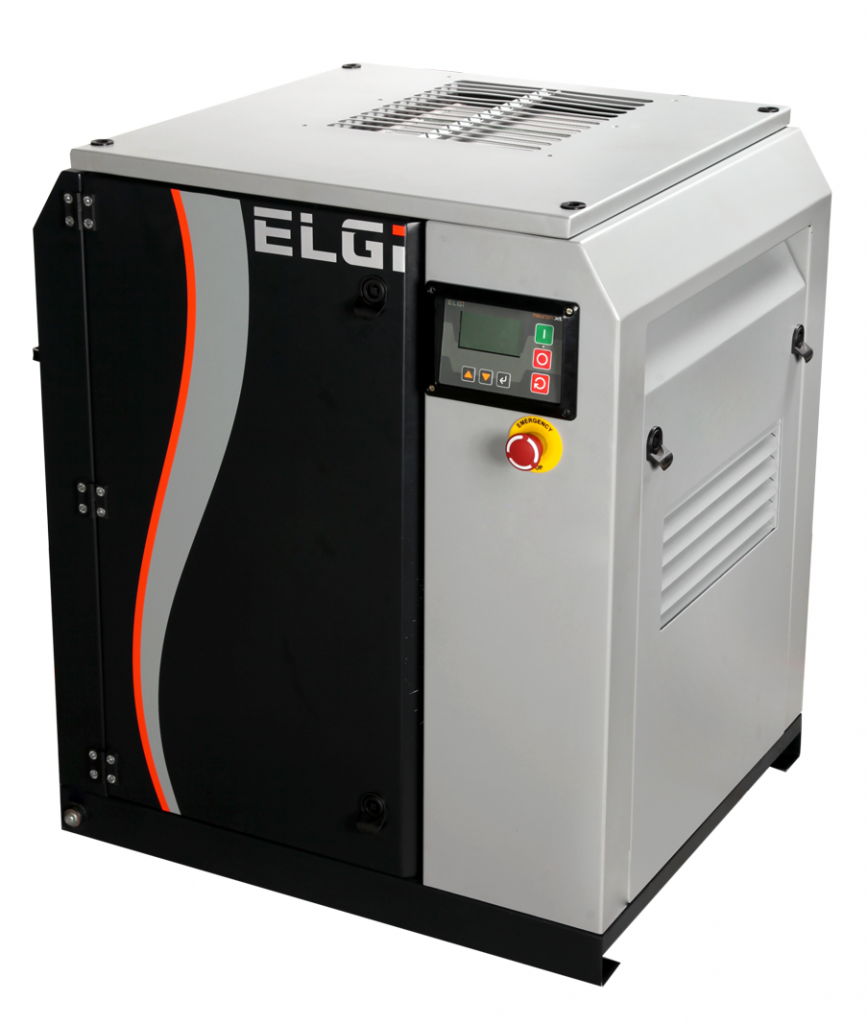 There is no separate discharge system as in traditional air compressors, and the compressed air-oil mixture discharged by the airend is fed directly into the separator tank. Ninety percent of the oil contained in the compressed air gets separated in the tank through mechanical separation. To remove the rest of the oil, the air is passed through a spin-on type air-oil separator, which is mounted directly on the encapsulated unit. With the oil removed, the air leaves the unit through a minimum pressure valve.

Whenever the temperature of the oil rises above 158 °F, a thermal valve opens. This sends the oil to a separate cooler to dissipate heat. Fans are provided to draw air from the surroundings, bringing down the temperature of the oil. The cooled oil is directly injected into the airend through internally drilled holes. The cooling fans also serve to dissipate the heat in the compressed air.

Regular maintenance is faster and easier with an encapsulated airend because the components are integrated. Thus the downtime of the compressor is reduced. There are few consumables, and so the compressor has a lower life cycle cost.

Additionally, this compressor also houses an advanced Neuron XT controller which has all the features found on higher capacity machines (such as load/unload/idle hours/ in-built reverse rotation protection etc.). Temperature sensing and pressure sensing are done by means of sophisticated sensors which are more accurate and reliable than the conventional electro mechanical switches, thereby making the machine more reliable.

Compressors of the encapsulated series are presently available in the power range from 2.2KW to 30 KW.