Who would have thought that something the Russians started in the 15th century would one day become a source of delight for people around the world even today? 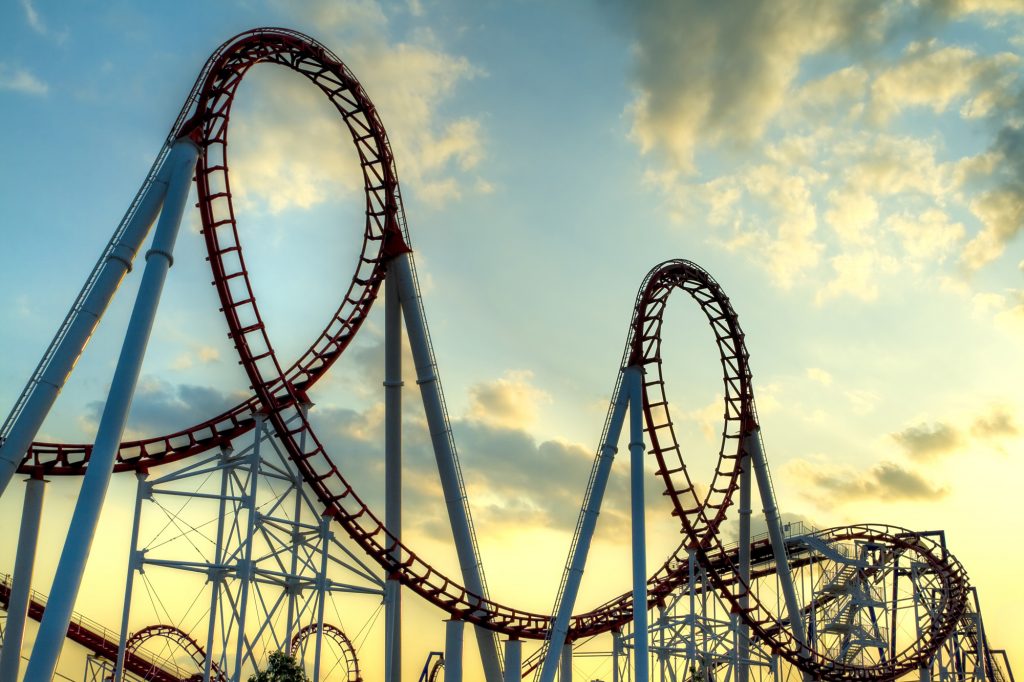 No, we’re not talking about the Russian roulette or the Vodka! We’re referring to the ice slides the Russians built in the mid-1600s that served as the inspiration for modern roller coasters. A seventy-foot long wooden frame was packed with snow and then watered down to create a gradient. Carved out blocks of ice served as sleds that sped downhill. The trip was so scary that a passenger would sit in the lap of a guide, holding onto him for dear life. At the end of the ride, the passenger had to haul the sled all the way back to the top of the hill. Thanks to the marvels of technology, those days are behind us!

Today’s thrill rides are faster, crazier, and yet safer than their historical counterparts. Scheduled to open in 2019 in Florida the ‘Skyscraper’ roller-coaster boasts an unbelievable 570-foot climb with corkscrew turns. The ‘Formula Rossa’ ride at Ferrari World in Abu Dhabi is the world’s fastest roller coaster that reaches the astonishing speed of 240 Km/h. It goes from 0-100 Km/h in a mere 2 seconds. 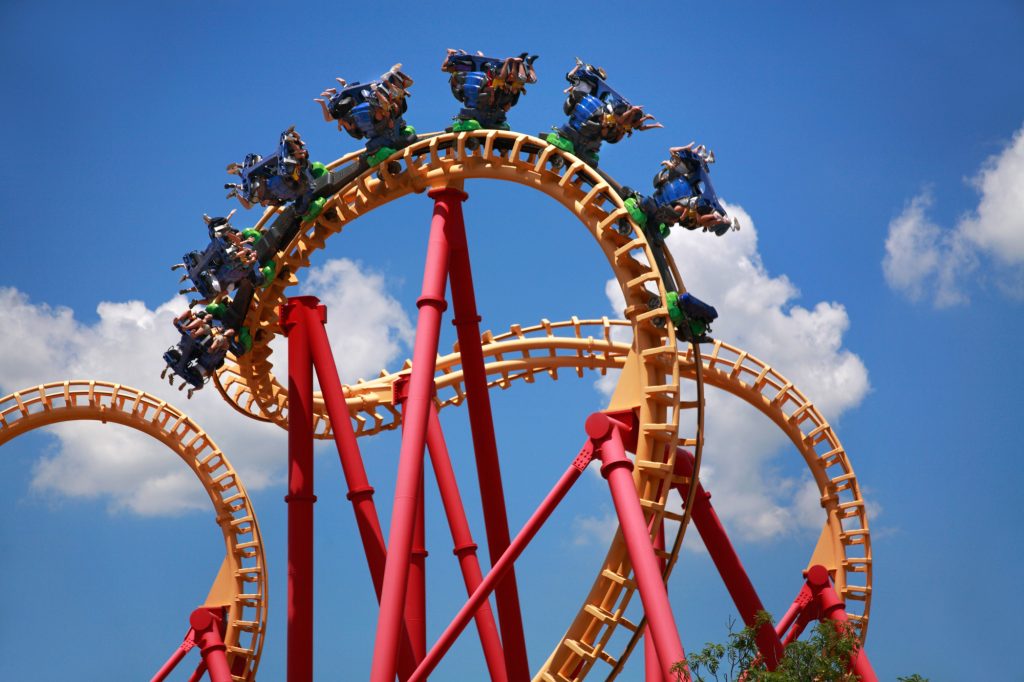 Closer home, Imagica Theme Park in Mumbai and Wonderla amusement park in Bangalore feature some of the best thrill rides in the country. One of Imagica’s newest rides is ‘Deep Space’ - India’s first dark roller coaster ride that is built inside a dome. The roller coaster shoots to high speeds in a matter of seconds and takes the passengers on an exciting galactic journey. The Flash Tower, a crowd puller at Bangalore’s Wonderla, has a car that free falls under gravity down the side of a tower about 40 feet high, subjecting the occupants to nearly three times the acceleration due to earth’s gravity.

Modern thrill rides don't just spin and twirl you in mid-air, but also flip you upside down, drop you like a stone and toss you into the air suspended in your seat. The experience is at once exciting as it is challenging. As you barrel down the track, taking hairpin turns and death-defying loops or hurling down an incline at dizzying speeds of 160 kmph with only a safety harness around your shoulder, your stomach is in knots and your heart is in your mouth. But you’re not in as much danger as you may think! 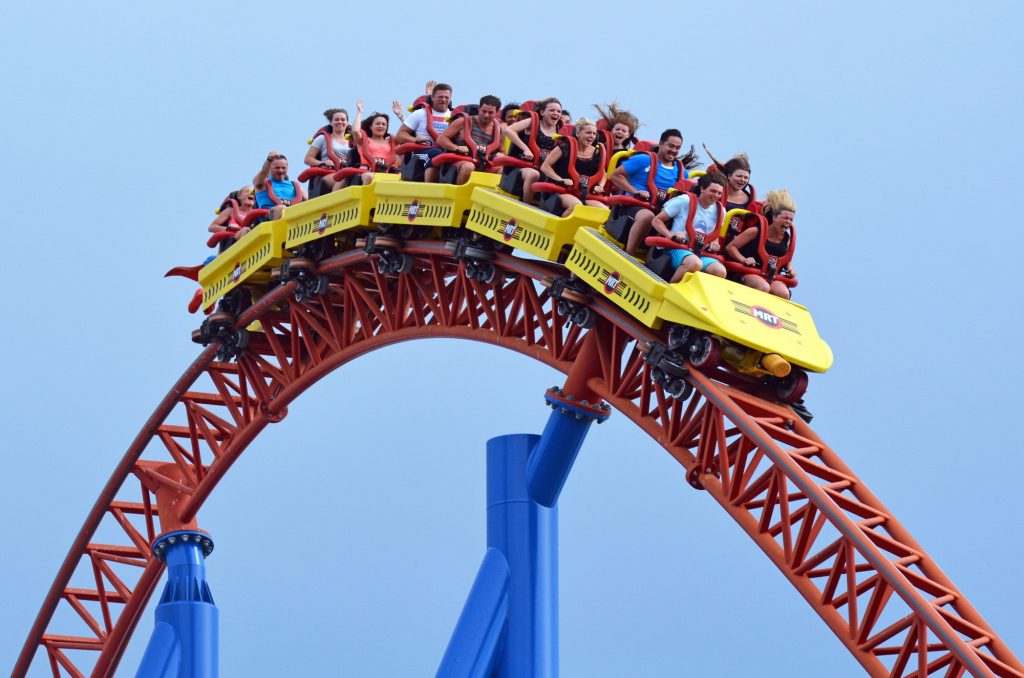 It has been estimated that you are in greater danger of injury while playing sports or riding a fast bike than you are on a park ride. Amusement parks use laws of physics to merely create a sensation of danger, while actually, the rides are quite safe. To a large extent, the safety of these thrilling joy rides is achieved by the use of compressed air. Safety harnesses on most park equipment use compressed air to lock the shoulder-and-body yokes in place, controlled by solenoid valves and small piston and cylinder assemblies; all actuated remotely by the operator before initiating the ride. Many machines use blasts of compressed air to haul up bogies or propel speeding cars in rides. Bringing thrill seekers to a screeching halt are the braking systems of these roller coasters, where compressed air is at play. Another interesting application of compressed air is in 5D Movies that have now become part of most amusement parks. 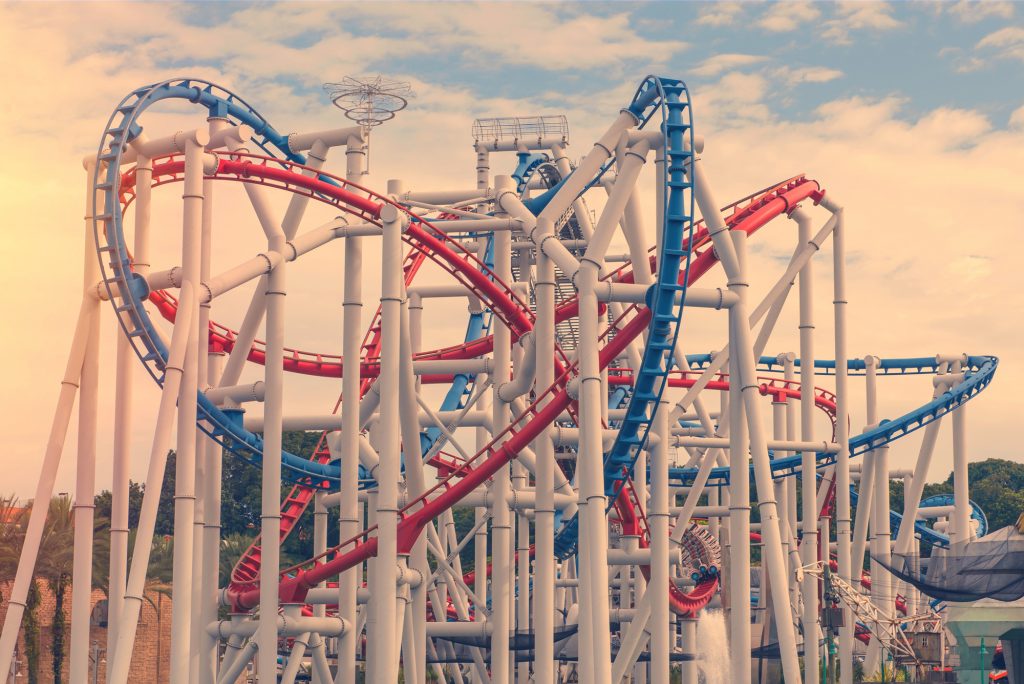 ELGi is engaged in providing compressed air equipment and parts to amusement and theme parks in India. Reciprocating and packaged screw compressors in a variety of capacities and models cater to this industry to suit diverse machines and equipment. At ELGi, we’re dedicated to building reliable and efficient machines for the needs of the amusement industry while keeping safety first and foremost. The future is full of the craziest, scariest and speediest innovations! The sky is literally the limit.