Compressed air helps carefully extract a stone that has fascinated sculptors and architects for centuries. 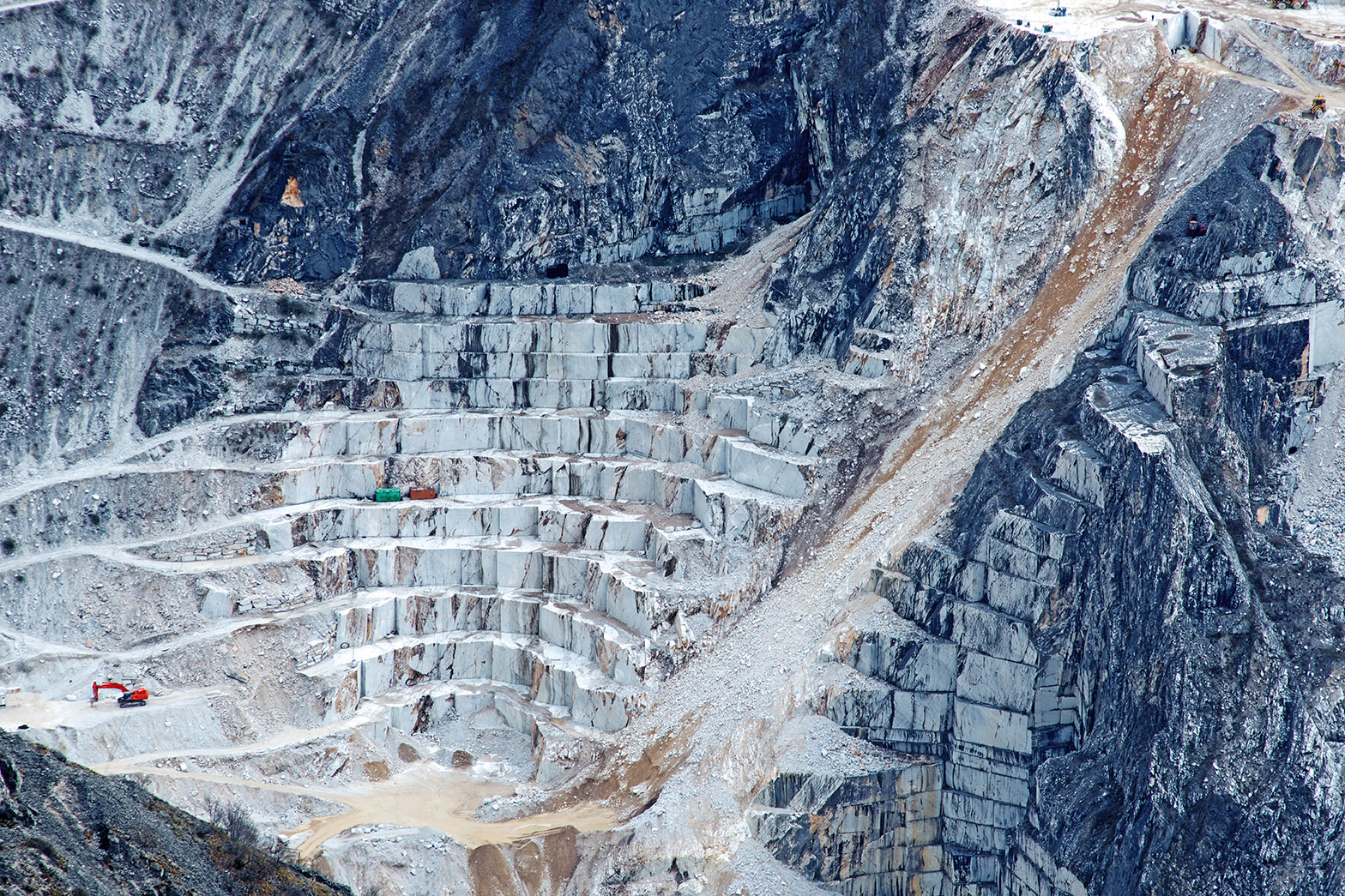 Michelangelo created astounding masterpieces with this stone. His 17-feet-tall Renaissance sculpture of the biblical hero David, created between 1501 and 1504 in Florence, Italy, inspires awe even today. Emperor Shah Jahan built an edifice with the same material in Agra to commemorate the passing of his wife Mumtaz Mahal that the world today knows as the Taj Mahal. This glossy, durable stone has been used as a building material since the time of ancient Greece and Egypt. Today, there are countless pieces of art, sculptures and buildings in marble from ancient Europe, Africa and Asia, to modern-day dwellings around the world.

Surprisingly, this material is also used as a calcium additive in animal feed to increase egg production in chickens and milk in cows. Its salt is used as an antacid to treat indigestion, as calcium supplement to strengthen bones and to treat patients with kidney diseases. In a powdered form, it is used in glues, plastics and toothpastes. Remarkably, this versatile material has also been found to be grounding and helps those who have trouble finding clarity and focus. 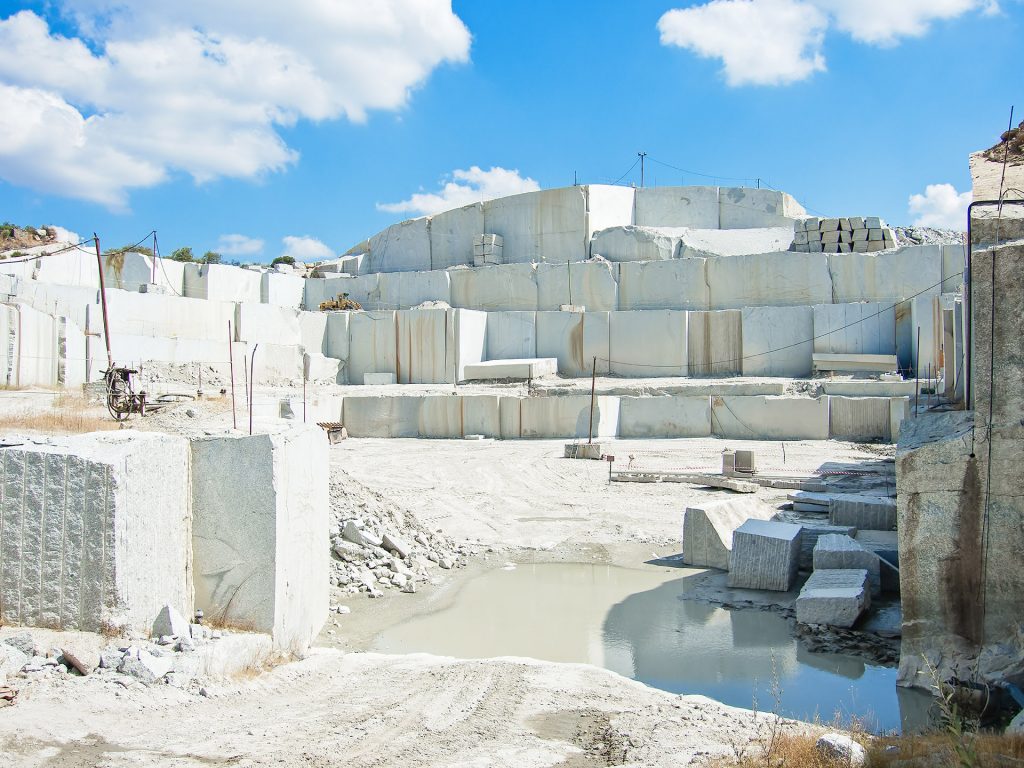 The term ‘marble’ is derived from the Latin word ‘marmor’ that has its roots in the Greek word ‘marmaros,’ meaning a shining stone. This crystalline stone is created by millennia of sedimentation of fossilized remains of snails, shellfish and coral under tremendous heat and pressure. The impurities give marble its various colors and designs. Pure marble is snow white, with more than 99 percent calcite with a grain structure that imparts a smooth texture, a homogeneous look and a luminous surface.

In India, economically viable deposits of marble are found in Rajasthan, Gujarat, Haryana, Telangana, Jammu and Kashmir, and Madhya Pradesh. Rajasthan has the best resources of fine quality marble; around 70 percent of the deposits in India are spread across 20 districts of the state—Udaipur, Makrana, Alwar and Jaisalmer being chief among them. Marble is found in various colors and shades. Recent estimates put total national resources of marble at around 2,300 million tonnes. Rajasthan alone produces around 1,000 million square feet of marble slabs per annum.

It is a natural stone that is extracted from the earth in tough conditions, using a variety of equipment that runs on compressed air. Marble mining, or for that matter any dimension stone like granite or limestone mining, is different from conventional mining practices. Unlike conventional mining, in marble and granite mining, large-sized intact blocks are extracted from quarries.

The process begins with exploration and identification of a quarry site with sufficiently large deposits. Marble mining is a complex, multi-stage operation. Air compression is an unavoidable part of the whole process.

Upon unearthing the marble underneath is exposed. Based on the topography and further development of the quarry, a suitably located block is marked out for removal.

Once a block has been marked it must be drilled to extract marble using pneumatic drilling machines. Three holes are drilled perpendicular to each other creating a cuboidal block to be cut. Highly skilled workers manually match the holes, occasionally with laser techniques for higher precision.

To cut the block a wire saw is used. It is a diamond-studded, highly sharp wire threaded through the holes. 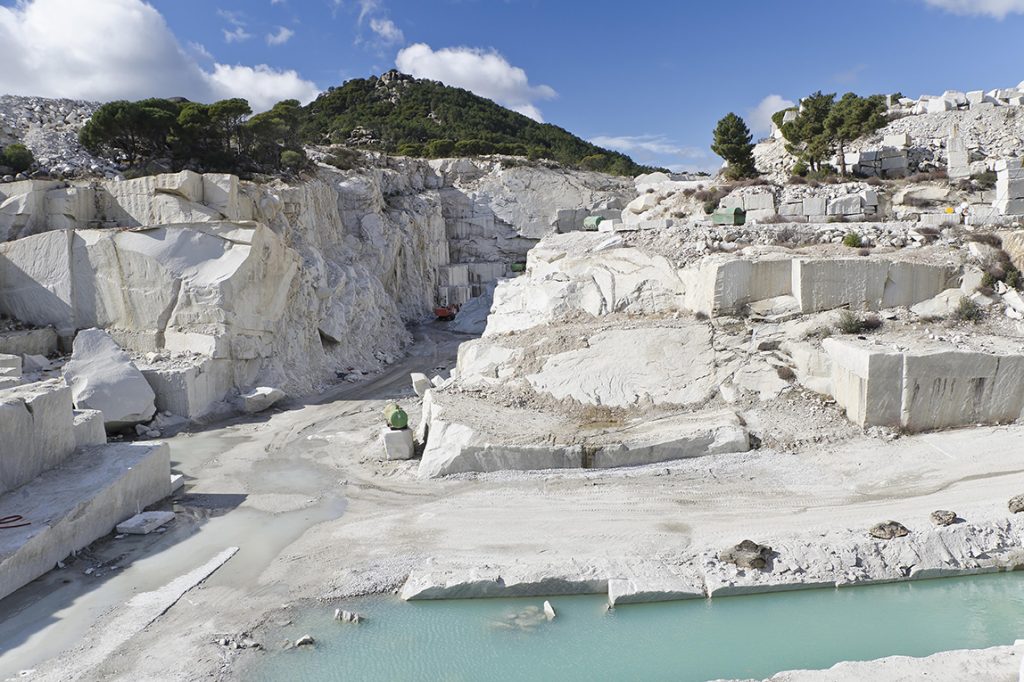 Mirror finish for use in home and office tiling is achieved by pneumatically operated polishing machines with diamond abrasives. To make sized tiles, the slabs are trimmed and cut to size, then buffed and chamfered using different types of machines, many of them powered by compressed air. 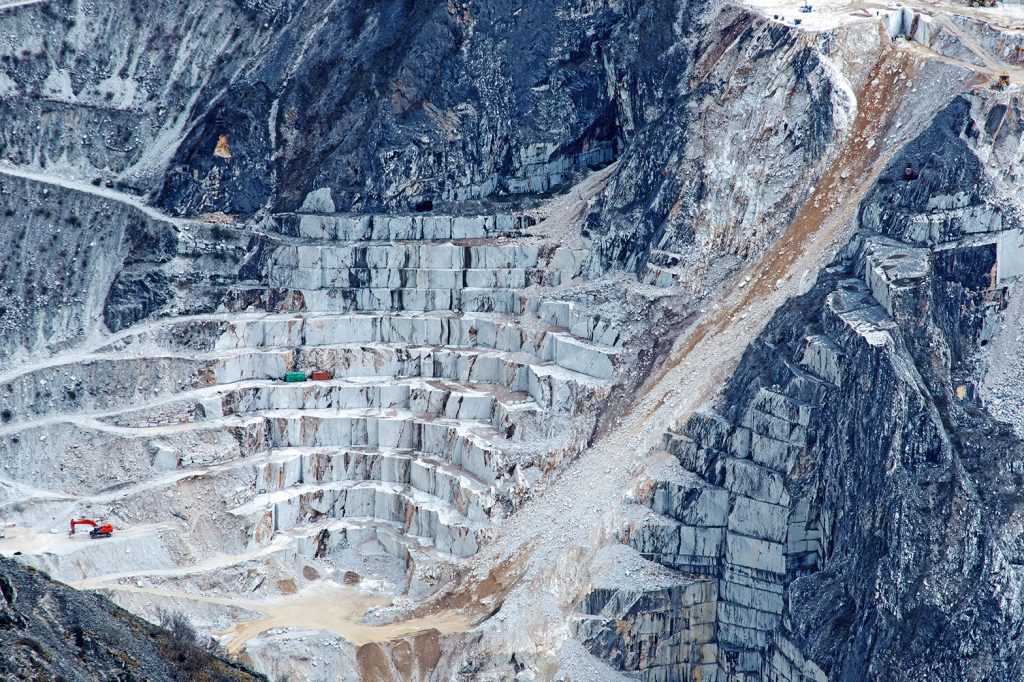 Compressed air is used at different stages in this operation to run a variety of equipment—as a motive force to run air-operated motors in drilling machines, wire saw cutting machines and jackhammers, and in airbags to nudge out massive blocks. With a wide range of rugged air compressors to suit every need, ELGi plays a major role in this field. Close to 1,000 ELGi trolley compressors have been powering this industry for the past 20 years. Diesel powered models like the PG 300-100, PG 300-105 and PG 400-100, and electric models like the PG22e-7 to PG45e-8 and PG75e-9.5 series have been winning accolades in this tough, hugely demanding environment. Drilling has always been an industry dominated by air compression. Marble industry is one more way ELGi digs beauty and convenience from the earth, enriching millions of lives across the globe.