The Magic of 5D

Compressed air adds another dimension to your movie-going experience 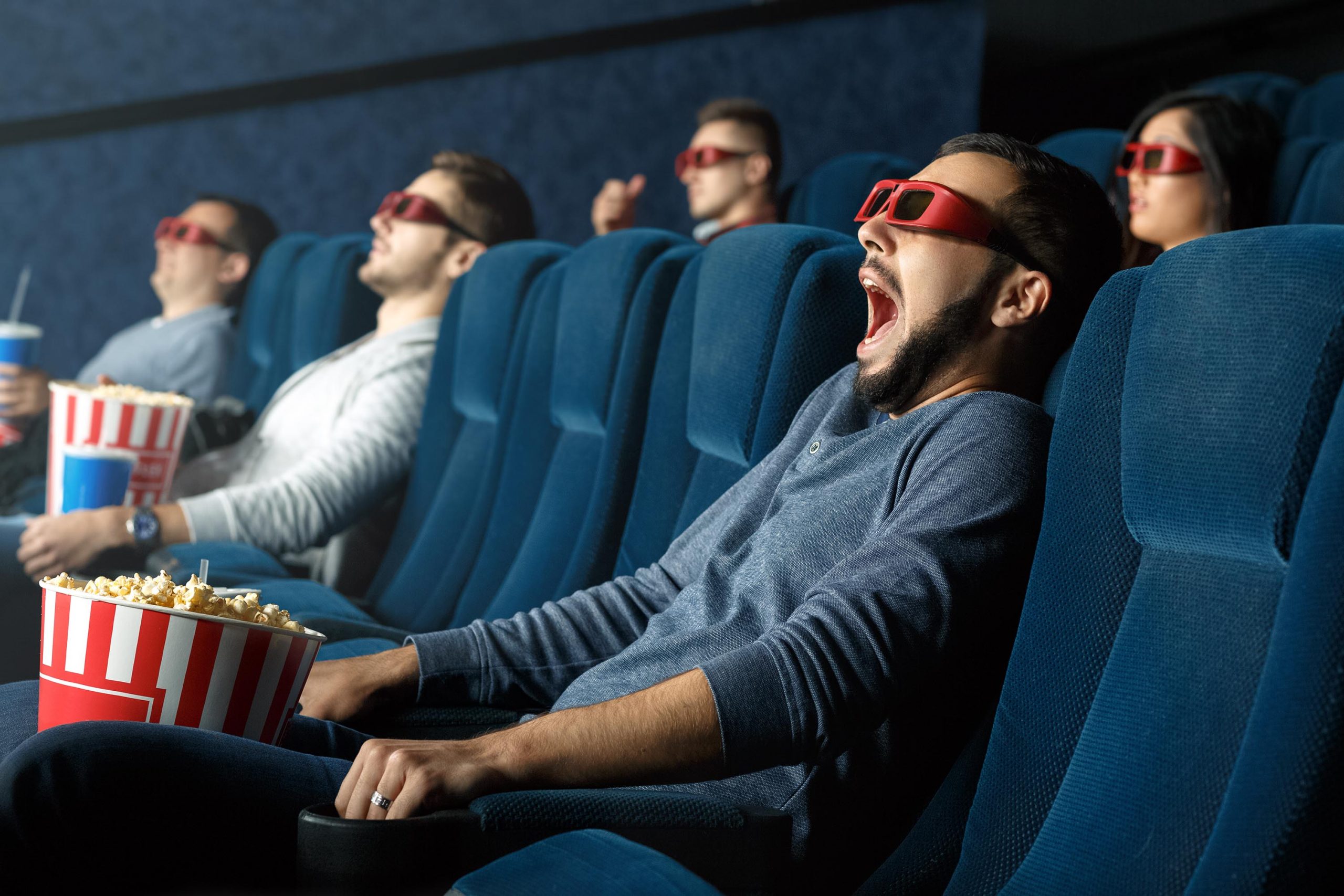 I felt the coolness of the morning breeze caressing my cheeks. The city skyline stood silhouetted against the bright blue sky as the metropolis was waking up.

Early office goers whizzed past in gleaming cars while red-hued buses moved at a more sedate pace, on meandering roads already buzzing with the day’s activity. The city was catching up swiftly with its daily rhythm of life. Suddenly, a loud rumbling that seemed to come right out of the bowels of the earth jolted the citizenry – snatching them rudely out of their predictable dullness. I felt the tremor go right through me. What was a soft breeze a few minutes ago roared into a gale. A blast of wind hit my face followed by another jarring tremor. The rumbling grew louder, and skyscrapers picked up the vibrations from the earth. Cracks and fissures appeared on walls and facades, running across buildings much like streaks of lightning ripping across the sky. Streets began to shake, and tall buildings tottered on their base.

I was pulled toward one side, then the other, see-sawing and pitching back and forth like a rag doll in Godzilla’s hands. Rubble careened towards me, I could feel it against my legs. Toppled cars and buses came crashing, heading my way and I steeled myself for head on collisions. But at the very last moment I escaped the impact. A blinding light is all I had to endure. The same, with massive chunks of concrete and glass hurling towards me – no impact, only a blinding flash of light. Water, possibly from a ruptured tank on some building, came cascading down, but I got only a shower that hardly drenched my clothes. No, I’m not in deep slumber. And I’m neither dreaming nor hallucinating. 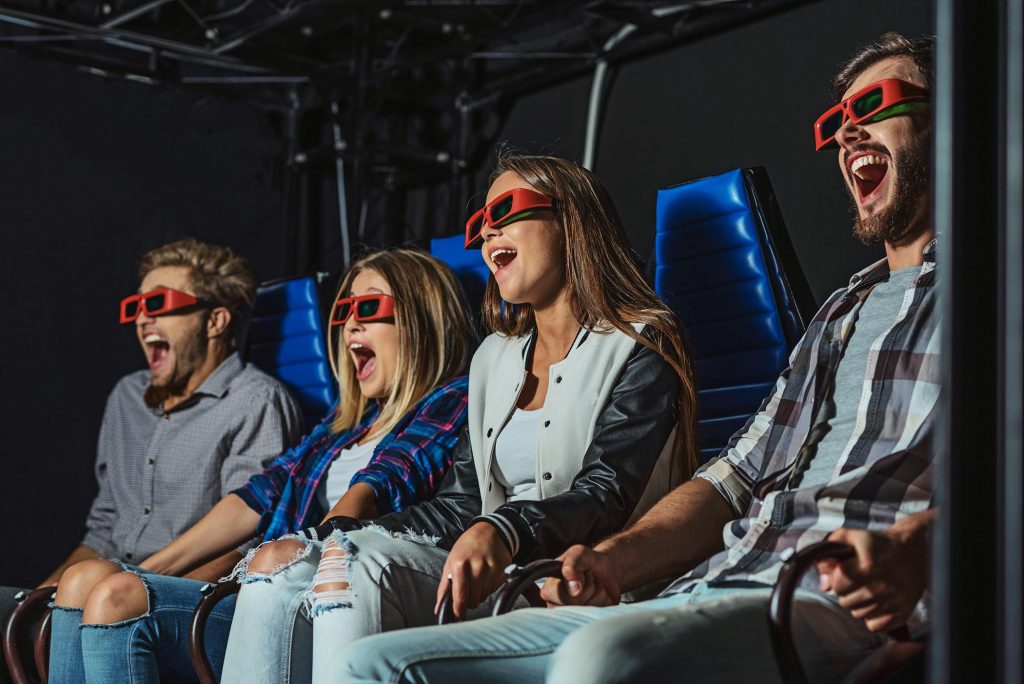 Actually, I’m sitting inside a darkened theatre, watching a movie – a 5D movie. But it’s not all just virtual reality. The 3D goggles I’m wearing create a very truthful illusion of three dimensions, so everything on the screen looks real, rather than merely moving pictures. The shower is real water spraying on me; the tremor is real too, felt through the cushioned chair I am sitting on, the sounds are overwhelmingly realistic, booming through multiple, high-volume speakers. Debris hitting my legs is plastic tube-ends under the seats that lash out when compressed air streams through them. The blinding light comes from strategically placed strobe lights.

So, what exactly is a 5D movie? It’s a 3D movie with added physical effects designed to bring the viewer closer to reality. For both practical and technological reasons, only animated movies have been adapted for 5D viewing right now, and the duration is generally from 5 to 15 minutes, may be slightly longer. It might have already occurred to you that the success of 5D lies in how closely the scenes on the screen are synchronized with the physical effects created inside the theatre. The closer they match, the more authentic the impact. 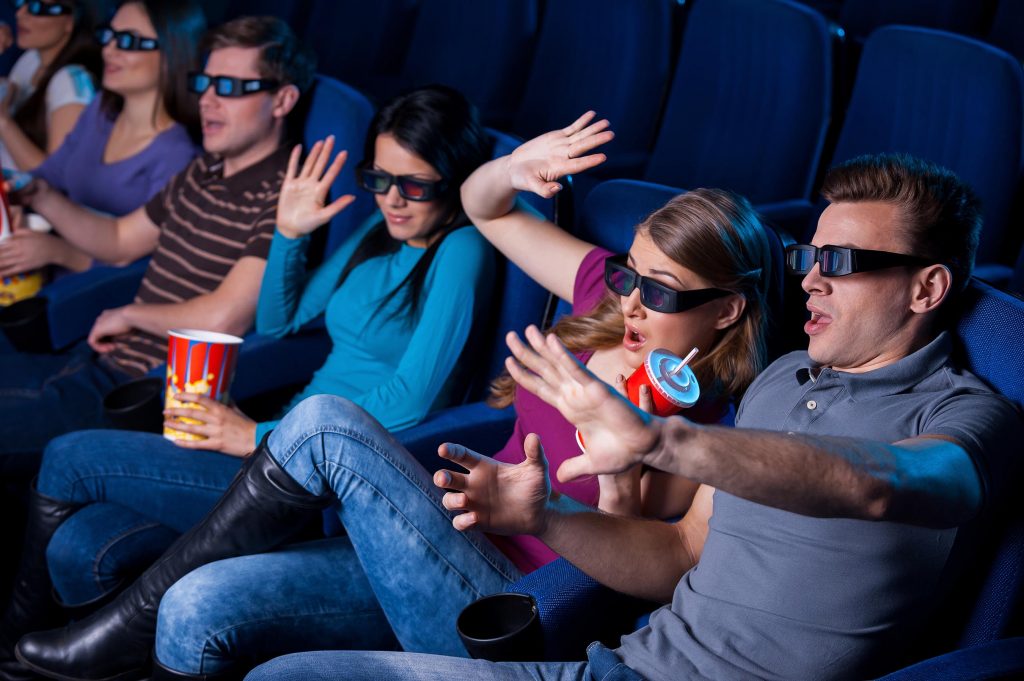 Earthquake tremors have to be well co-ordinated with appropriate vibrations and jolts from the viewer’s chair; the chairs also have to mimic realistically the movements of a roller-coaster ride shown on the screen, or the careening motions of a speeding car. To match the on-screen visuals of being hurled towards the sky, the chairs tilt back and swiftly upward as you are buffeted with wind rushing at you from wall-mounted blowers, and to simulate a free fall seen on the screen, the chairs tilt forward and slide downward. Water sprays emitted from overhead nozzles mimic rain; nozzles discretely attached to seat backs buffet you with puffs of air to simulate wind from behind; bubble machines spewing soap bubbles and swaying chairs replicate underwater scenes; scattered foam emitting from ‘snow machines’ mimic falling snow, even atomisers located on walls eject timely perfume sprays to enhance the effects of a garden resplendent in fragrant blooms; and well-timed blasts from wall-mounted air blowers that respond swiftly to electrical signals simulate the effects of being caught in a gale.

If the effects sound fascinating, the technology behind them is no less interesting. It involves both creativity and engineering. Deciding on the kind of effects to realistically mimic the scenes on the screen is the creative part, while capturing those constantly changing scenes and creating corresponding signals needed for actuating the various equipment is where engineering comes in. Understandably, all this is done through computer programming. “Our programmers sometimes view a five-minute clip up to fifty times to capture every individual scene,” says Ankur Maheshwari, of Modern 5D located in Gwalior, MP, a manufacturer of 5D equipment. “We strive to capture scenes that last barely 50 milliseconds on screen,” says Ankur, “and generate the necessary signal to create that effect for the audience.” 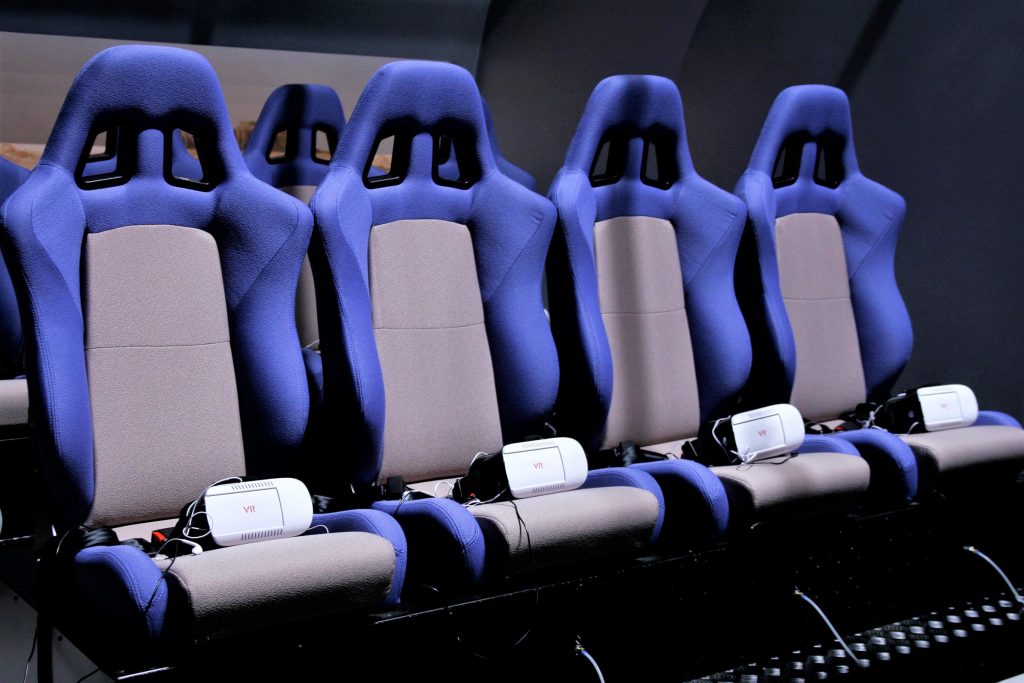 A line of up to four specially made chairs are bolted to a steel base that also houses solenoid valves and proportional control valves to actuate pneumatic cylinders under the chairs. These chair clusters are laid out on tiered steps inside the theatre. Compressed air is also supplied to the seat back nozzles. Water lines coming from a pressure vessel are similarly connected to spray-heads mounted on the roof as well as lines running along the front of the seats with individual nozzles for each chair. Small pneumatic cylinders embedded in the back of the seat poke the viewer’s back. Booming surround sound from speakers, strobe lighting, bubble machines and snow machines complete the picture. Horror movies, adventures and disasters, wildlife and the like, movies with ample scope for creating viewer impact, are common themes of these short movies. Whereas 3D is entirely visual, merely enhancing the illusion of depth perception, 4D has moving chairs, while 5D has effects that impact your skin and perfumes for the olfactory sense. 5D theatres are increasingly becoming popular in India and are now found in malls, shopping districts, fairs and other such places. Theatre sizes vary from seating 10 to 32. The air compressor is installed in a room behind the small theatre. Compressor capacity varies from 10HP for a 10-seater to 20 HP or more for higher seat capacities. Reciprocating air compressors with pre-filter and drier, and a refrigerated moisture remover are generally used. Only distilled water is used in water sprays to ensure hygiene. 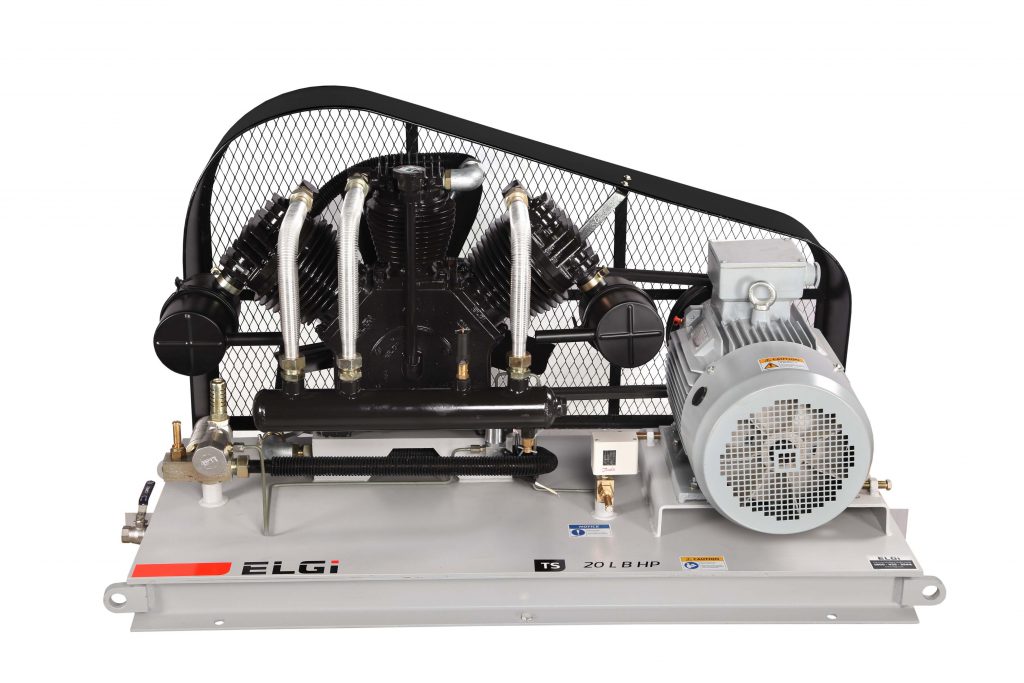 ELGi air compressors are used by many 5D equipment manufactures in India. Though the working environment is not harsh for the air compressor, low noise is a prime concern in this application. So package compressors with low noise levels are preferred.