It’s time to move on from plastic, and ELGi compressors design the alternatives. The big bad plastic bag. Everyone everywhere has used one and surely a number of times. Every year, a trillion plastic bags are used. That’s a hundred thousand plastic bags every 3 seconds – the time it takes for you to blink.

At the rate we dispose of them, in 2050 there will be more plastic bags than fish in the water. There already are 4 trillion plastic bags, bottles and containers afloat in the oceans. The Great Pacific Garbage Patch was discovered to the west of Hawaii in the Pacific Ocean sometime in the late 80s, the same decade that plastic bags began to be used in supermarkets across the world. This field of debris continues to grow at an alarming rate and is now almost the size of India itself. 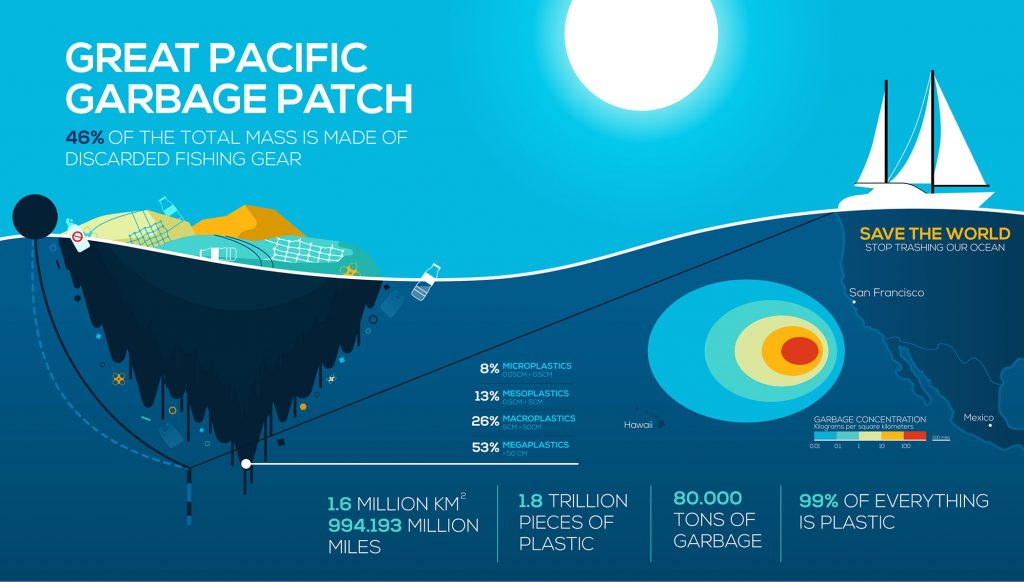 The Atlantic Ocean is getting its own patch too. Unless we do something about it.

The 3rd of July is International Plastic Bag Free Day, so let’s look at how the world has tried to handle this issue. A number of countries have enforced a ban or charge a tax on plastics. Denmark was the first to do so, introducing a charge on plastic bags in 1993. Iceland has reduced plastic bag consumption by 90% since it levied a tax in 2002. Taxes on plastic bags in Europe have raised millions of Euros, but the problem remains.

2002 was also the year that Bangladesh became the first country to completely ban any plastic bags, and the year India passed the first of two separate regulations, banning bags below 20 microns in thickness. The second regulation in 2016 banned bags below 50 microns in thickness, however enforcing this required the state and regional level bans and fines the people of India face today.

With the wide applications of air compressors in all kinds of industries, they are inevitably used in plastic bag production. Let’s look at the positives. Compressed air plays a role in cleaning out waste like plastic from smaller water bodies like lakes and ponds, which was featured in a separate blog article. Read more here. 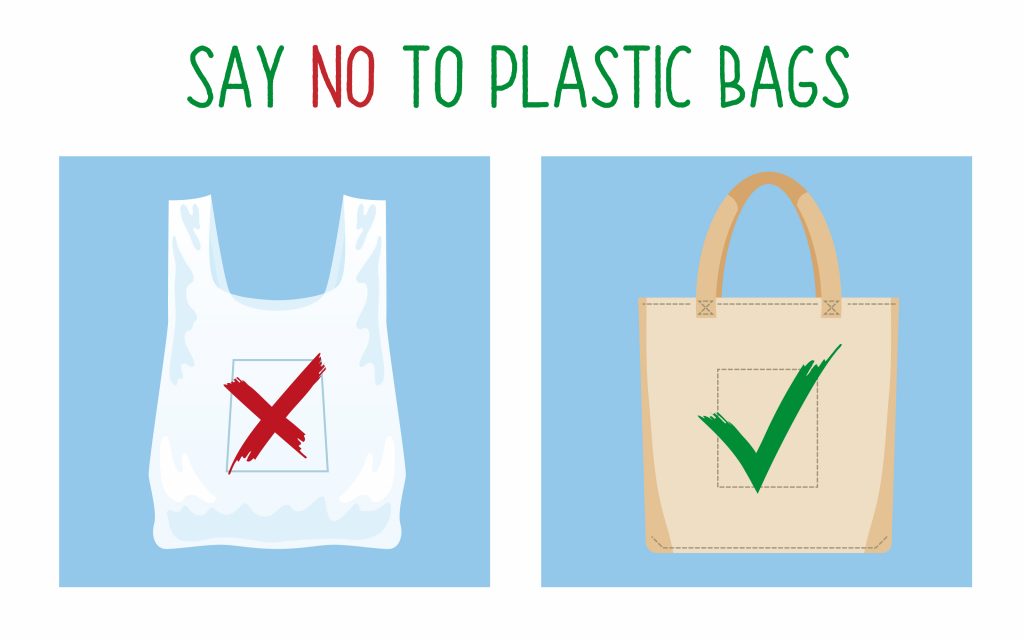 Compressed air is also utilized in manufacturing the other alternatives to plastic like jute and paper when it comes to bags or higher quality plastic when it comes to bottles and containers. Paper bags are the most commonly used alternative to plastic bags; and air compressors, including those developed by ELGi, are used extensively in the paper mills that make them. Initially, multiple piston compressors were used that needed to be water-cooled because they generated a lot of heat. ELGI’s VFD (Variable Frequency Drive) compressors are used today as they control the quantity of air required and reduce the system heat generated by the machines operating unnecessarily.

Screw air compressors, in which ELGi have been a market leader in innovation, have replaced older oil-based compressors in Paper production, providing clean oil-free air for purer paper. ELGi even designed a Heat Recovery System that eliminated the need for any cooling, reusing the excess heat generated in other processes, in a sort of recycling of heat. In our environment friendly search to replace the plastic bag, its good to find a solution that conserves and recycles.

With extensive use of ELGi compressors across processes in the Textile industry, we can look at some of the other materials produced involving compressed air that can make serviceable bags. Air jet looms are used commonly for weaving denim, a nice trendy option to replace plastic bags. Compressed air plays a key role even in spinning and weaving operations like bale opening, yarn production, sewing apparel, carding, combing, winding and the list goes on.

Jute is also produced using these air-jet looms. However, jute bags tend to be coarse to the touch and maybe uncomfortable to use. This can be addressed by reducing the ‘hairiness’ of the jute, using compressed air. Yarns of jute are sent through rotating pipes into which compressed air is fired at different speeds to smoothen out the yarn. Now the jute is finer to the touch and the bags made can be more appealing.

Ok, enough about the bags.

Compressed air is also a part of the manufacturing process of products made from recyclable plastics. Bottles made from Polyethylene Terephthalate (PET), like the ones used at home to store water or the soft drink ones you can carry home are less harmful. The manufacturing process of PET bottles uses moulding machines to create a preform, which is heated in an infrared oven then moved to the stretch forming mould. Compressed air is blown through a nozzle into the preform, pressing the soft material to the walls of the mould. Cool the mould and a bottle is created. The production of all kinds of plastics, even PET, requires chemicals which eventually get exposed to the environment. Some of these are toxic to the air, because of substances called phthalates – chemicals added to make the plastic more soft and flexible.

And we can smell the gases released when these chemicals breakdown.

Where? In the smells of a new bottle or new car.

The released gases lead to multiple health problems, like infertility, obesity, respiratory issues and even behavioural changes, so its better not to enjoy them too much. This makes plastics a major pollutant, as apart from killing millions of fish each year in our waters it even pollutes the air we breathe. While plastic has left an indelible mark in human history, moving on to more environment friendly and sustainable alternatives will always be better. 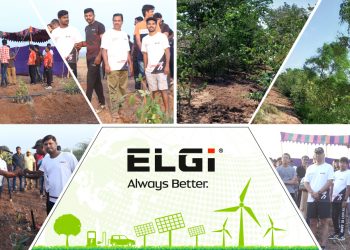