It’s not your fault that ice cream is so tempting — it’s science. 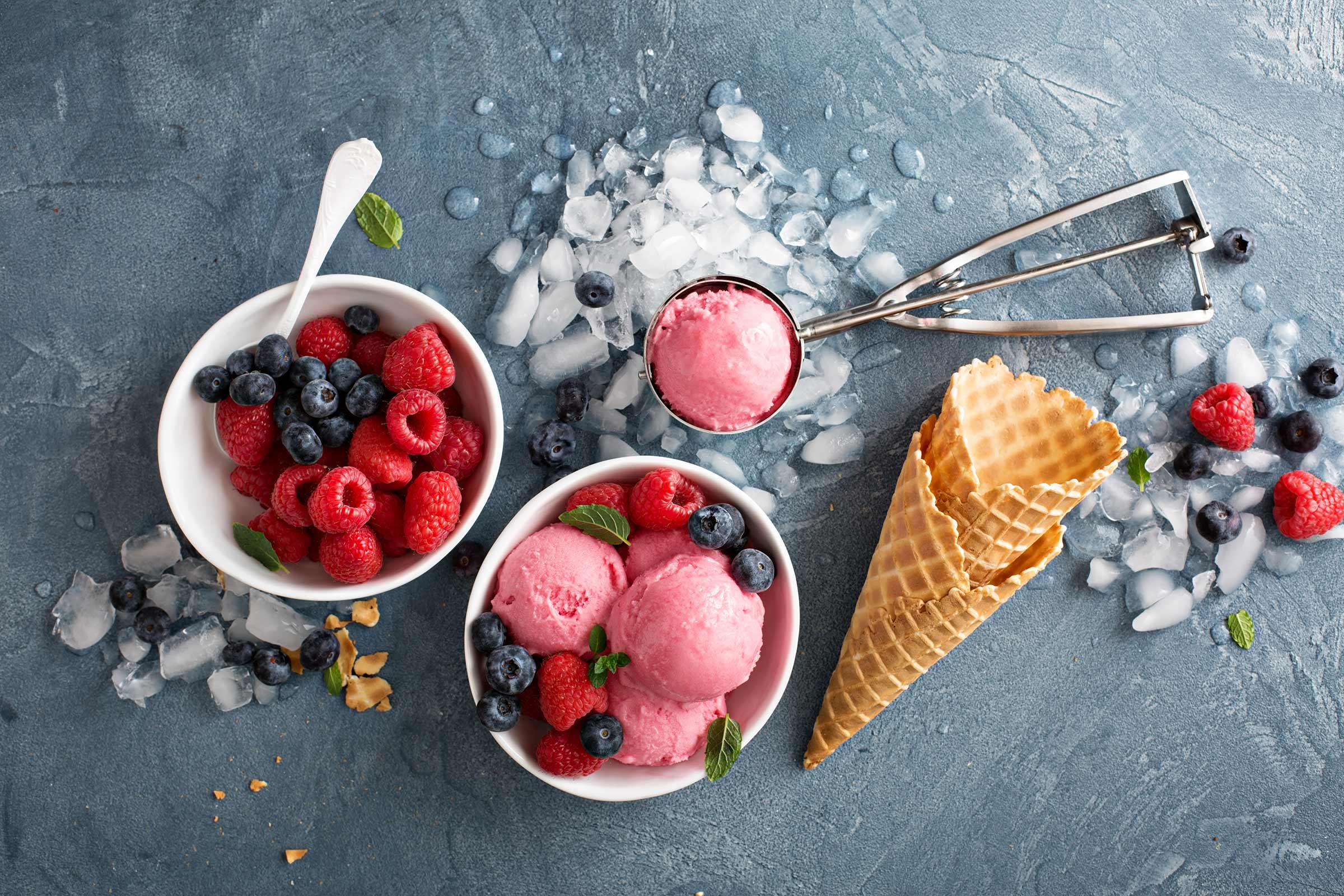 Are we the only ones who think July is the MOST wonderful time of the year? Possibly not. July is World Ice cream month and that's gives you one more reason to savour this creamy, sugary, irresistible treat!

Still looking for an excuse to grab a delicious ice cream cone? Eat an ice-cream as an after-work snack, to end your perfect dinner date with the family, or alongside your late-night movie binge; isn’t everything better with a scoop (or two) of ice-cream?!

What makes ice-cream so delectable? We’re bringing you the chemistry and a little history behind the perfect combination of elements- sugar, fat, frozen water and air that make up this mouth-watering concoction. The food of royalty

Turns out, it was all the power of ice. Even 4000 years ago in Mesopotamia, there were ice houses where the elite stored items that they wanted to keep cool. It wasn’t long after, that others found out the tastiness of cold fruit - a delightful mango from the fridge anyone?

By the fifth century BC, snow cones mixed with honey and fruits were being sold in the markets of Athens, the Persians had mastered the art of storing ice and enjoyed chilled desserts even in the summer and Faloodah, widely made in Iran today, was served to royalty in 400 BC.

Over the next few centuries, makers started engineering their knowledge to improve consistency, flavour, shelf-life; until finally in the 18th century ice cream found its way into the Oxford English Dictionary. 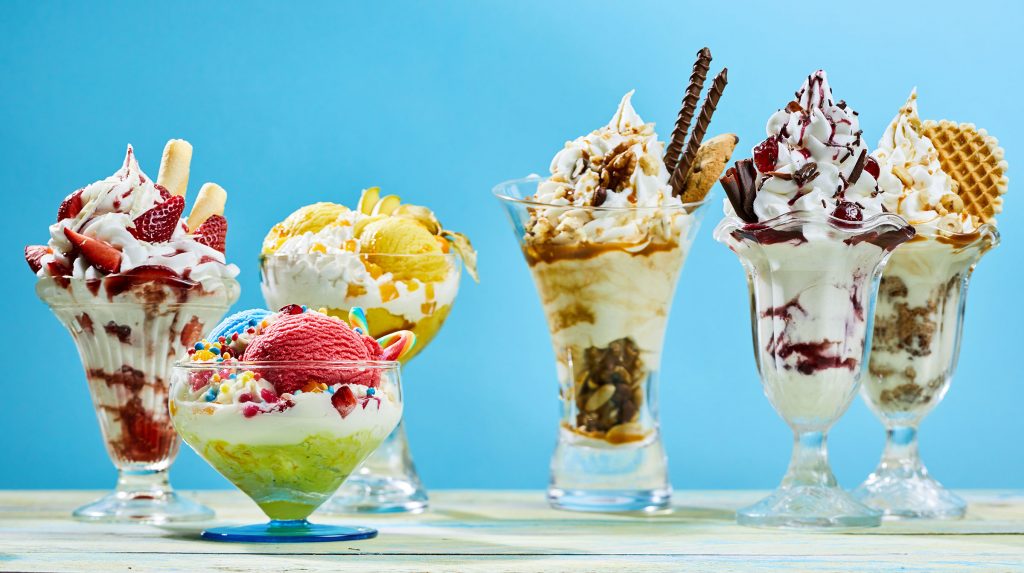 In 1843, Nancy Johnson of Philadelphia obtained a patent for a hand cranked ice cream freezer, or today’s modern artificial freezer and thereafter, our encounter with exotic varieties, flavours and combinations came to be.

It’s interesting to note, a substitute consisting of ice cream covered with cherry syrup and candied cherries was invented by Ed Berners soda fountain, and it was named, ‘Cherry Sunday’. We had Chocolate Sundays and Strawberry Sundays from this, which were available only on Sundays. The spelling changed to ‘sundae’ later, and it came to be served in canoe-shaped dishes. 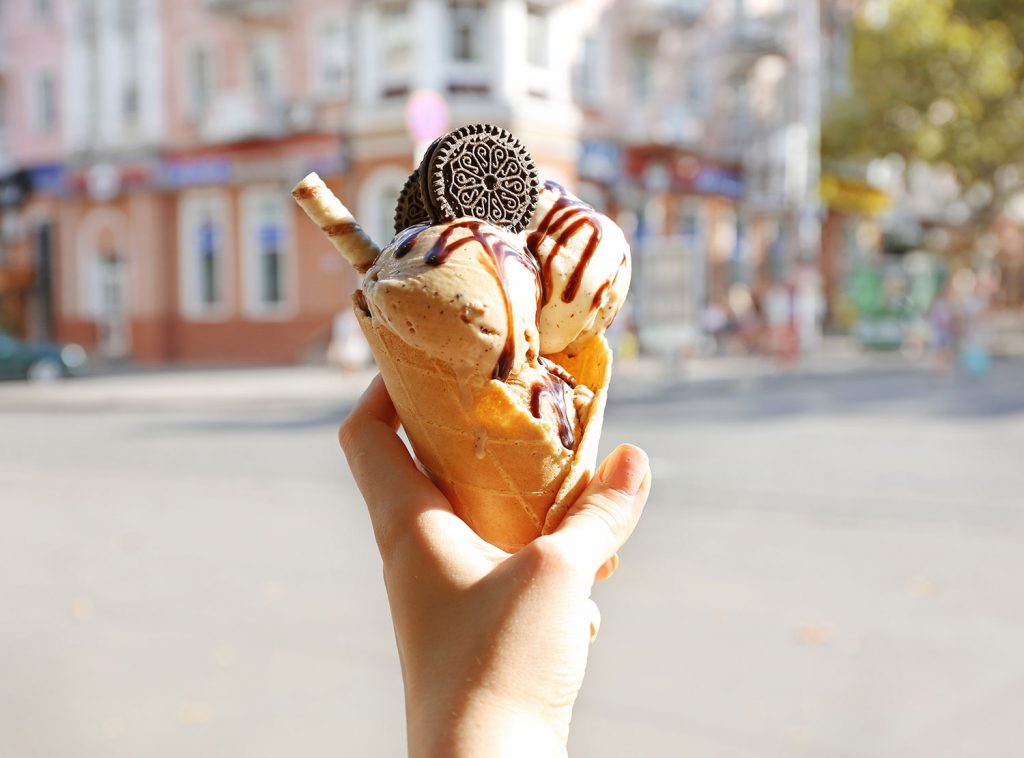 Agnes Marshall, a famous cookery writer, popularised ice cream greatly in Britain. Although she has a strong claim to the title of the inventor of the ice cream cone, but true to custom, there are several other contenders. Standard cones with a flat bottom, waffle cones, sugar cones, cones with sprinkles and more, today we just need to stroll down (albeit in the sun) to the neighbourhood ice cream parlour to unveil an array of options!

Technology has over the years simplified the process of making ice creams and cones to go with it, along with one more development that led to the introduction of ‘soft ice cream’.

A chemical research team from Britain had discovered a method of doubling the amount of air in the ice cream which made its texture smoother. The fine bubbles in the ice cream are surrounded by a network of partly coalesced fat droplets that provide meltdown resistance to the finished ice cream. This technique also benefited the manufacturers, who will not part with details of the technology readily, for it allowed them to use less of the actual ingredients, thereby reducing costs.

The technology involves the injection of filtered compressed air into the ice cream mix, and this is really where the best air compressors meet ice cream.

It’s not your fault that ice cream is so tempting — it’s science. Hold on to that indulgence and read more about ELGi’s oil free air compressors in industries of your interest here.