The world's fourth-largest railway network, the Indian Railways, has always been the poster boy of scale and a veritable powerhouse of technology and infrastructure. With its diverse range of energy-efficient air compressors, ELGi is the largest supplier of air compressors to the Indian Railways for over 60 years, enabling the railways to lower energy spends and carbon emissions.

Paul Edward Theroux, the famous American novelist, and traveller, once said: "The railway possessed India and made her hugeness graspable." The Indian Railways is the world's largest passenger carrier and the fourth-largest freight carrier (1). It is the fourth-largest railway network globally-only behind the US, Russia, and China. (2) Its immensity can be gauged from the fact that the 95,981-kilometre route length of the Indian Railways carried 8.4 billion passengers and $1.2 billion worth of freight during 2018-2019. More than 12,000 passenger trains run across the country daily and cumulatively cover a distance more than four times the earth and the moon. (3)

The Indian Railways began its journey in 1832 and has grown to become the giant it is today. As one of the primary drivers of India's economic growth, the Indian Railways has achieved this by being financially viable, technologically brilliant, and environment friendly.

The Indian Railways has also defied the trend that many big companies face.. On the contrary,  they have cruised along and undertaken numerous initiatives to upgrade their infrastructure and quality of service..

These efforts have resulted in the Indian Railways achieving double-digit growth in freight traffic and doubling its freight speed on the back of massive infrastructural upgrades. Besides, new initiatives are always at play, from train control, signalling, and electrification to expansion through modern locomotives and EMUs, to name a few.

More importantly, the Indian Railways has its goals set with social and financial objectives in mind-from efficient energy use to the new decarbonisation paradigm and aiming to become a net-zero carbon-emitter by 2030. (7)

While all this is no mean feat as the world continues to struggle with partial lockdowns, there is a lot more to come, with India projected to account for 40% of the global share of rail activity by 2050. (4) The target is achievable since the government plans to invest ₹50000 billion in railway infrastructure by 2030. (5) It has also identified many new high-speed rail corridors besides planning INR 3 trillion worth of metro rail projects across various cities over the next five years. (6)

For the Indian Railways, maintaining the highest standards of compressed air holds critical importance. Without it, machines unexpectedly break down, demand expensive repairs, or cause uncomfortable turbulence. For rolling stock of all capacities-from locomotives to good wagons to passenger coaches, whether powered by electricity or diesel – the railways need high-quality compressed air for smooth and safe operations. Moreover, various train components, whether the braking system, doors, pantograph devices, or air suspension, rely on high-quality compressed air solutions for safety and overall reliability. The Indian Railways is also subject to a variety of constantly changing compliances and regulations.

In the 1960s, the Indian Railways took many progressive steps towards modernization and adopted 25kv AC traction for electrification. (8) While the Indian Railways urgently required compressors to modernize the braking system, it could not directly import foreign solutions because the country was hit by twin mass famines (9), and liquidity was in short supply. Besides, though the second five-year plan (1956-61) initiated industrial import policies, there was not much clarity around it. (10) However, the government was proactively piloting several initiatives to trigger domestic economic growth. It encouraged the Indian Railways to initiate production work for electric locomotives at Chittaranjan Locomotive Works and flagged off the first 1500V DC electric locomotive from Bombay in 1961. (11)

By the early 1960s, ELGi began assembling and manufacturing small compressors under the brand name ELGi Uraca. It imported only major components and either manufactured the rest in-house or procured them locally. With urgent requirements arising from the Indian Railways, and a mandate to keep costs low, ELGi opened an indigenous compressor manufacturing unit in the heart of Coimbatore. The first product supplied to the Indian Railways was a 1000 litres per minute capacity compressor driven by a battery-operated direct current (DC) motor.

Since then, ELGi has consistently delivered a wide range of sustainable and efficient compressed air solutions to the Indian Railways. Today, 90% of Indian Railway's electric locomotives, 65% diesel locomotives, and 60% electric multiple units (EMUs) use ELGi air compressors for braking applications and auxiliary systems.

“The Indian Railways has been ELGi’s important customer for over five decades. Increasing urbanization and rising incomes have contributed to significant growth in the passenger segment, while freight traffic also saw a marked increase due to dedicated freight corridor investments. Our oil-free air compressors, renowned for reliability, performance, and energy efficiency, will revolutionize the way compressed air is used in the railway industry'' said Dr. Jairam Varadaraj, Managing Director, ELGi Equipments. 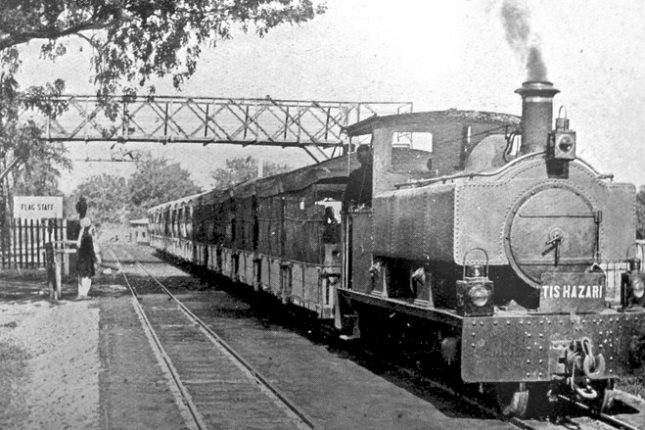 Continuous improvements and consistent focus on developing high-quality products have resulted in the design, development, and delivery of highly reliable air compressors that significantly reduce energy consumption and carbon emissions.