The journey of the French Fry

The potato is an extremely versatile vegetable, but on French Fry Day, we must admit that french-fries are one of the best things to come from it. Although it’s called the ‘French’ fry, the origin of this crispy potato snack can be traced back to a small village in Belgium. From this village to the rest of the world and from large factories to your local supermarket, the French Fry travels a long distance to be on your plate.

The French fry from Belgium

So, how did the French-fry get its name? Back in the 1600s, as lore goes, villagers living in Meuse Valley, accustomed to frying and eating fish, fried potatoes as well – the same way they prepared fish. This is how the first fry is said to have been created. A few decades later, during WW1, American soldiers stationed in Belgium were introduced to the potato fry. The official language of the Belgium army at the time was French, which is why the American soldiers nicknamed the potato snack ‘french-fries.’ From then to now, this name has stuck.

From a local delicacy to a world favourite

The French Fry from there on out became a staple in different cuisines across the world. In England, it became a common accompaniment to fried fish. This combination is popularly known as ‘Fish and Chips’. In Canada, it took the form of Poutine, in America it became a staple at fast food restaurants and diners. Soon, the demand for French-fries skyrocketed and people started mass producing this delicious snack in factories.

From farming and inspecting potatoes to packaging and labelling the end product – there are numerous high-end tech-enabled machines that work together to produce French Fries in factories. 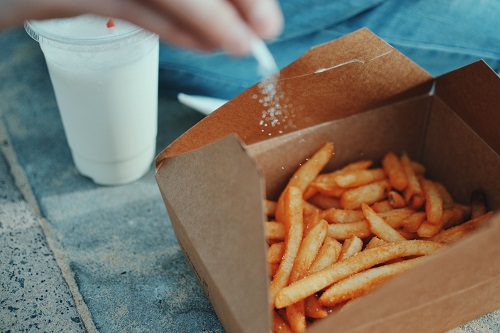 A lot has been spoken about the French fry, and most of its popularity can be attributed to the shape, the taste and just the right amount of crispy.

However, there have been many who have tried experimenting with this delicacy, from freezer fries, to curly or waffle shapes to baked kinds- and supporting its consistency is a mass factory driven process with equipment that runs on compressed air!

Production of the French fry

The production process can be divided into a few steps:

An error with any of the machinery or in the process could affect the quality of the product. Air compressors find application in various stages of the food & beverage industry right from cleaning & hygiene maintenance to packaging, labelling and sorting. A misstep in any of these processes could result in the production of a low-quality product. This, in turn, could pose a risk to the customer as well as the business. Therefore, it is imperative to select a dependable, efficient and oil-free air compressor that enables the production of the highest quality of products, so that the journey of the French Fry – from the factory to your plate is completed without any mishaps. 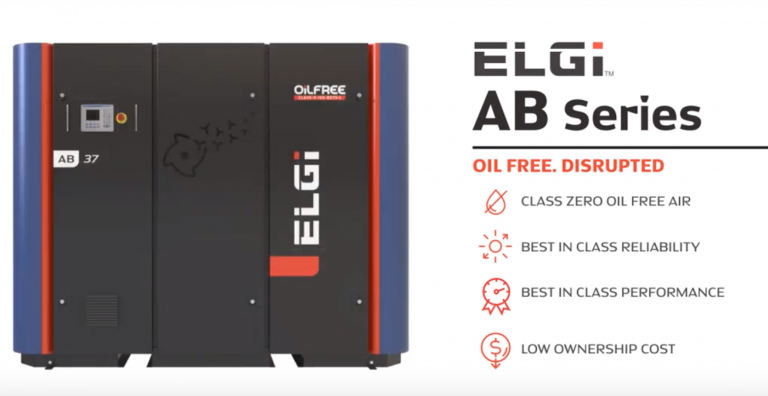 At ELGi, our range of oil-free compressors offer 100% oil free compressed air solutions and are designed to provide zero risk of contamination with improved energy efficiency and long term reliability to meet the needs of the food and beverage industry.