Did you know that air can make ice burp?

The mystery of air bubbles and compressed snow. 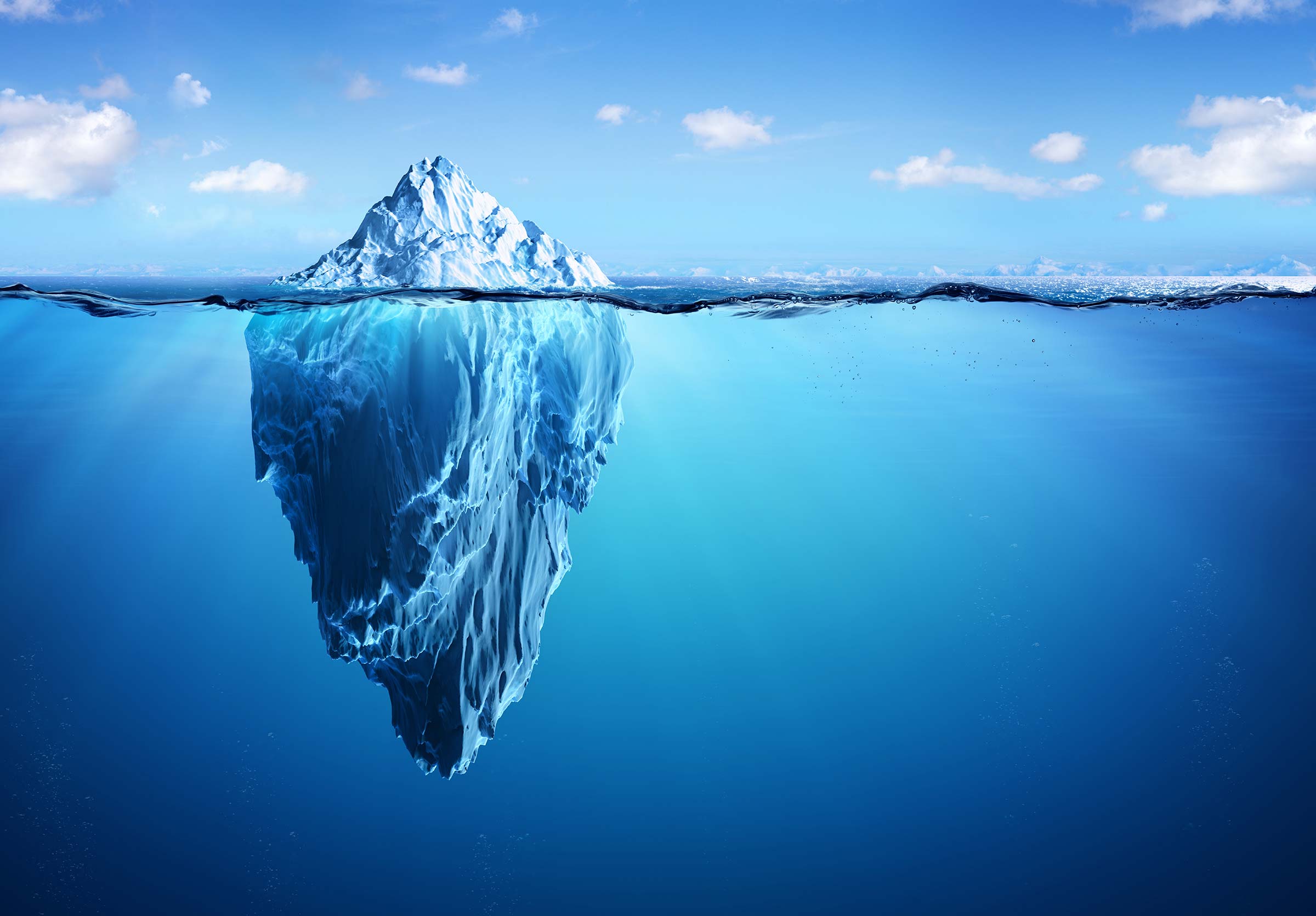 Often sailors and submariners talk about a continuous crackling, frying sound they’ve heard close to the polar regions. It’s not a hungry sea monster but a sound made by a large volume of air bubbles emitted by a giant chunk of ice. It’s called the Bergie Seltzer. The chunk of ice or iceberg can be larger than a country. Yes, that big! In fact, the largest one recorded so far, was in the southern Pacific in 1956. It covered an area of about 31,000 square kilometres, which is larger than Belgium. Bergie Seltzer is heard when compressed air bubbles trapped in an iceberg pop.

Over hundreds of years, layers of snow deepen and squeeze the snow beneath, until it becomes a massive hulk of solid ice spread over an entire mountain valley. During the process, the air trapped gets compressed along with snow. When the growing, spreading glacier reaches the sea, it breaks off into pieces or sometimes an entire ice shelf begins to float. Large slabs with large volumes of compressed air within have added buoyancy. They start to move, almost imperceptibly, sometimes just a few feet a day. As the weather grows warmer, the floating bergs start to melt. This is when huge chunks break off and plunge into water to become floating islands of ice. The melting also releases large volumes of compressed air to create the characteristic fizzing sound of Bergie Seltzer. 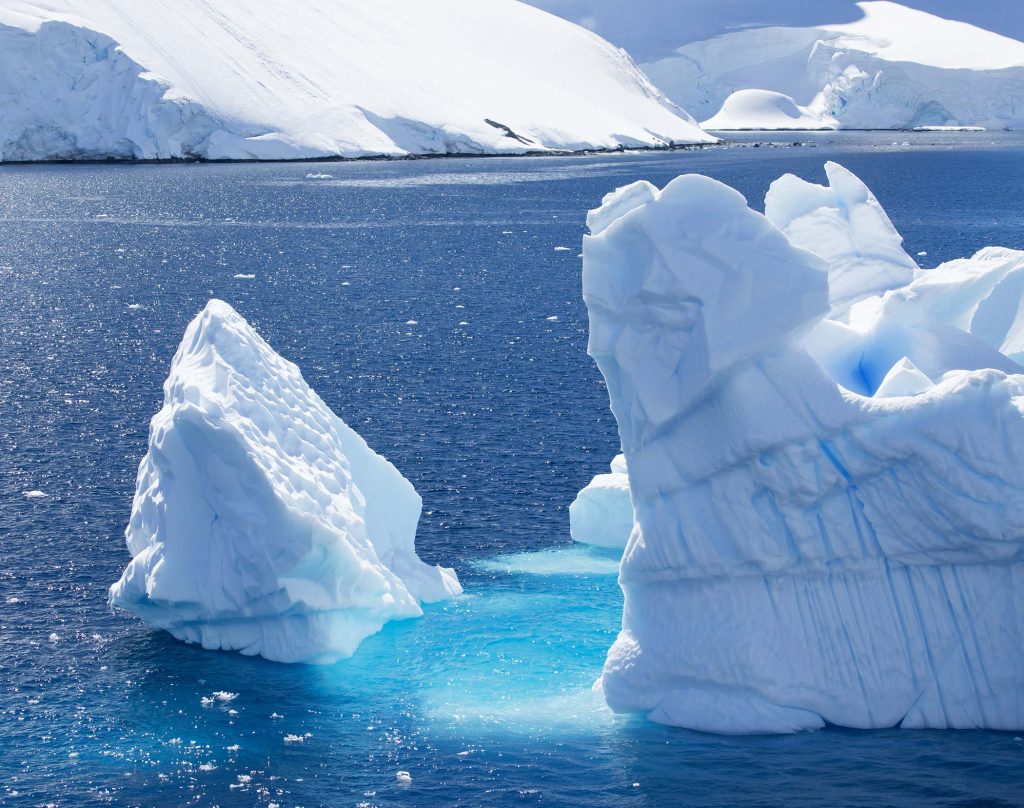 Glacier ice can contain a large number of air bubbles, which give the ice a cloudy appearance. The colour of an iceberg depends on the different snow layers it is made up of and the weather conditions in which the snow had fallen. If it’s cold, then a light (weight), open layer with more trapped air is formed in a pale or white colour. The darker, bluer layers come from snow in relatively warm or wet conditions, when little or no air is trapped within the layers. 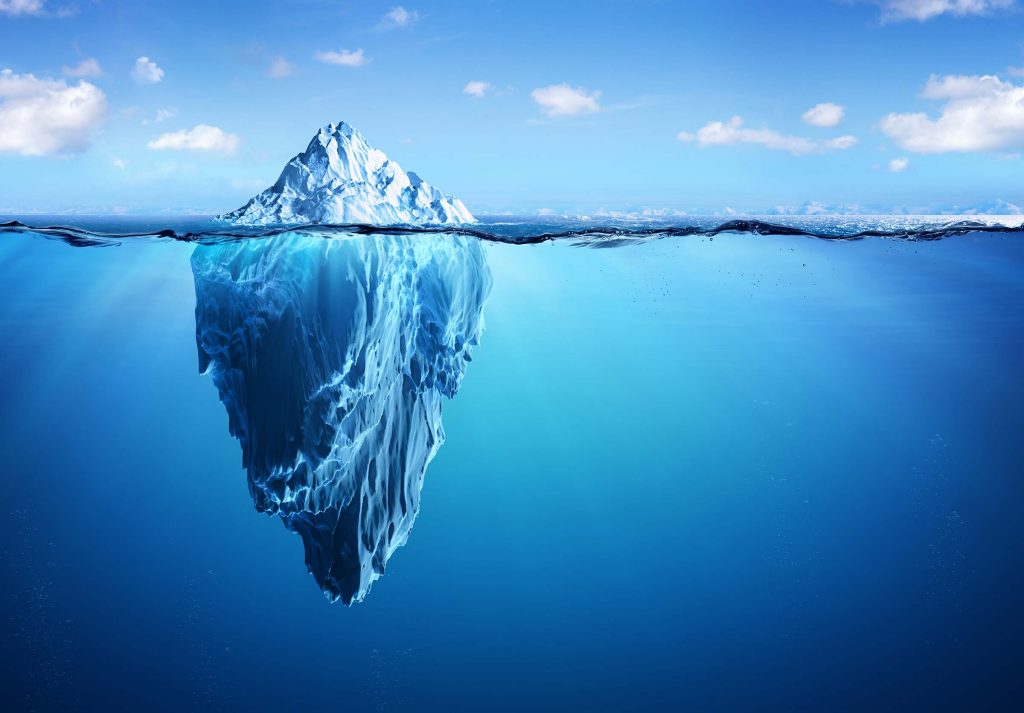 While the proverb – the tip of the iceberg – has made it common knowledge that most of the iceberg lies under water, few people know that the amount beneath could vary from 50% to 90%. This again depends on the amount of air trapped in the ice, that affects its buoyancy.

The low-lying ice pieces, no matter their size, are known as growlers. These have a green tinge and with minimum visibility may pose a threat to ships. The dark colour makes it especially difficult to spot. The continuous crackling and fizzing sound of an iceberg also has another name. It’s called ice sizzle. It’s caused by air bubbles breaking out from melting ice, like the sound made by soft drinks, just louder. Much of this noise comes from the air escaping under high pressure. Hydrophones placed near melting icebergs have enabled U.S. scientists to conclude that Bergie Seltzer could be detected with Sonar, perhaps even 100 miles away.

This sizzling icy giant may burp occasionally, but an iceberg glistening under the bright sun is a sight to see. Sunlight penetrating ice reflects off its inner surfaces, dispersing a whole array of colours and effects from white to vivid blue. It’s simply spectacular. 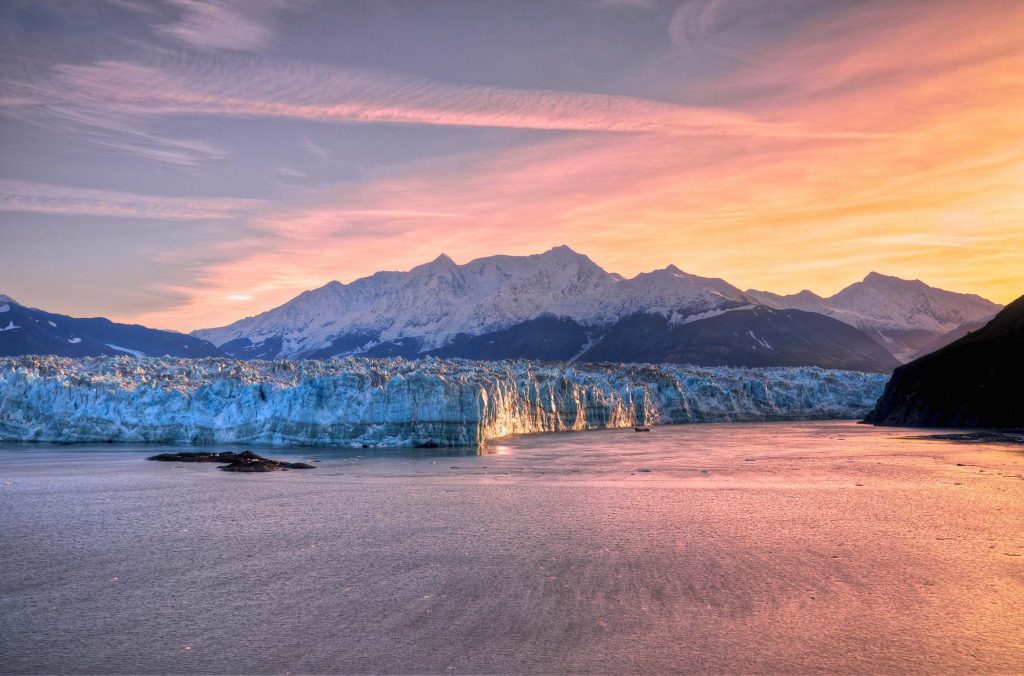 The marvels of compressed air are phenomenal. Almost every industry is powered by compressed air. ELGi is one of the world’s leading compressed air manufacturers with more than 2 million satisfied customers and over 400 products worldwide.