ELGi scores at the World Cup 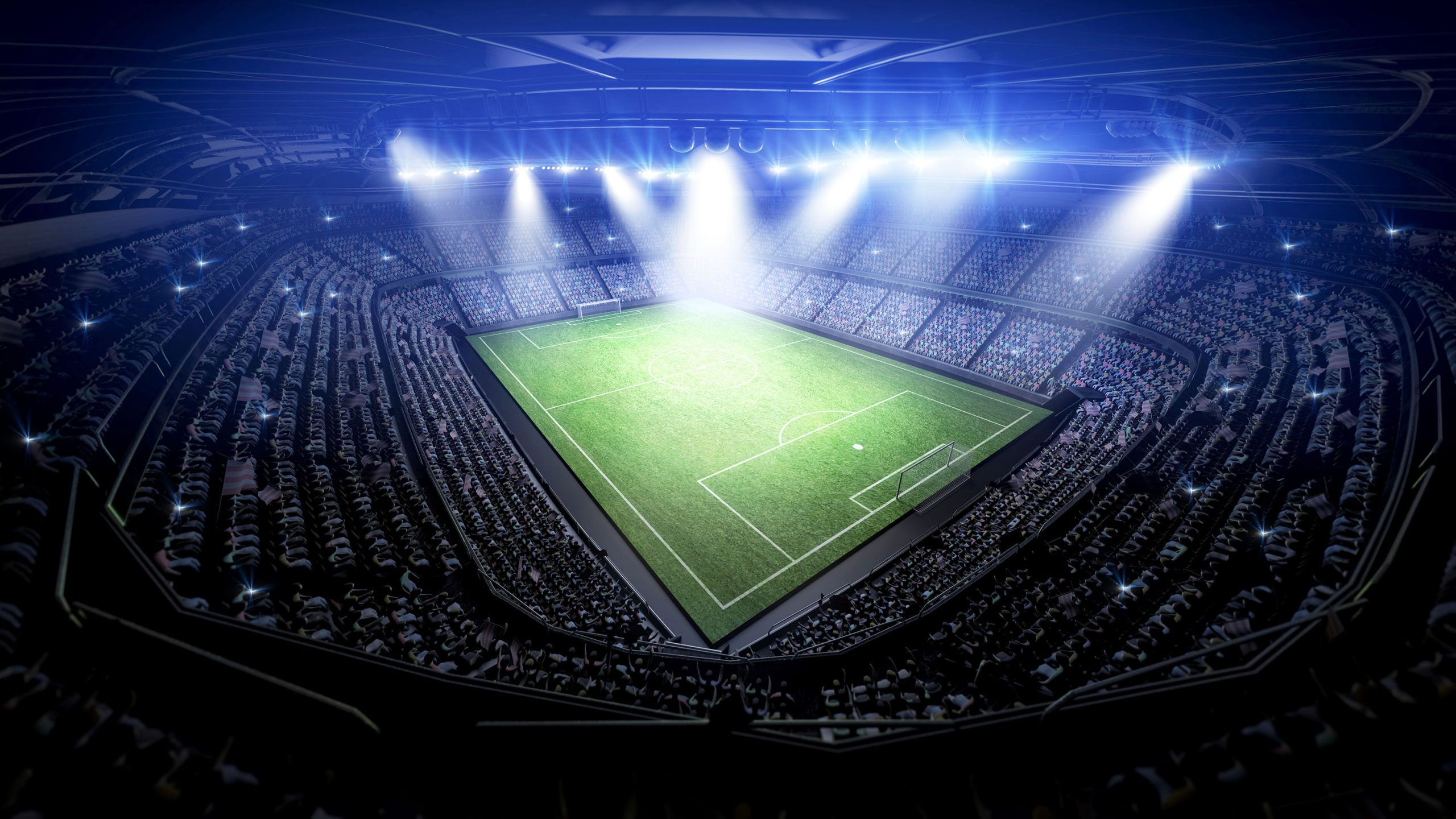 Imagine a passage through the earth. If we were to begin tunnelling in India and dig all the way to the other side of the earth, where would we emerge? In Brazil!

For all practical purposes, Brazil is situated diametrically opposite to India. In accordance with the laws of mathematics, just about any direction in this antipodean nation points towards India! Though India and Brazil are separated by a vast distance, there are a number of things that the two countries share. The tropical weather for starters. The equator passes through Brazil, but the country is so large that it stretches outside the tropics (it is the only country in the world to do so). Brazil is the fifth largest country in the world. India is at seven! Geographically, Brazil has twice the area. The length of the Indian coastline however, is almost the same as that of Brazil.

Both Brazil and India have different ecosystems. Both form a part of the 17 megadiverse countries of the world (a group of countries harbouring the majority of the earth’s species, drawn up by Conservation International). One in ten known species in the world is found in the Amazon rainforest, which is located mostly within Brazil. Both India and Brazil are rich in wildlife, but there is little in common between their faunas in terms of species. India has large mammals such as the elephant, tiger, leopard, gaur, rhinoceros, sloth bear and sambar while Brazil is home to the puma, jaguar, anteaters, tapirs and armadillos. Similarly, the two countries have distinct avi-faunas. As with India, Brazil is a ‘melting pot’ of cultures. Various people have contributed to the lineage of Brazil’s people. At the same time, in the forests of the Amazon basin (the Amazon is the second longest river in the world and the largest river in respect of the volume of water flowing through it), there are native people who have not had contact with human beings from the ‘outside world’. According to one estimate, there are some 67 different tribes of these ‘uncontacted people’ in Brazil.

Brazil is distinct from all the South American nations in this respect which use Spanish. 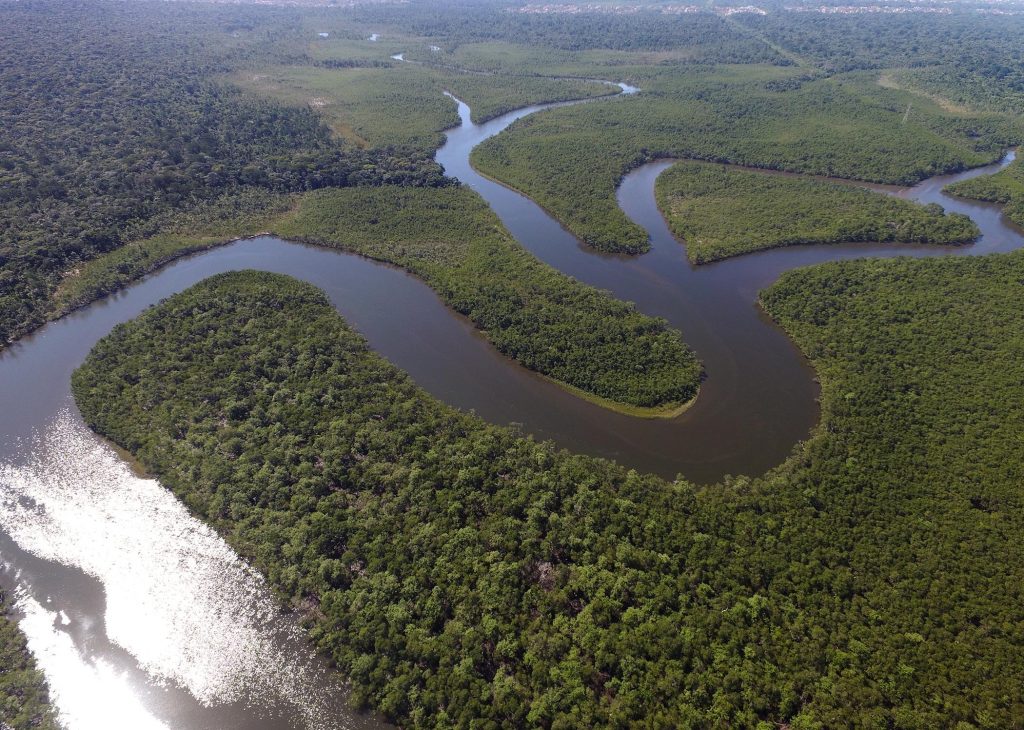 So if we built that tunnel, a person travelling through it from India to Brazil is likely to find common food items. Rice is a staple in Brazil. Peanuts are consumed in significant quantities here, as is coffee. A number of fruits are grown and consumed in both the countries: guava, papaya, mango, orange and pineapple.

One significant cultural difference between India and Brazil is the national sport. India is obsessed with cricket. But the rage for football in Brazil is another level altogether. Brazil’s national football team has always been one of the best in the world. Playing their first match in 1914, Brazil has participated in every single World Cup tournament since 1930, the only team to have done so. Brazil is among the eight different national teams that have won the World Cup and have won it five times, first in 1958 and most recently in 2002. This gives the team one of its nicknames, Pentacampeão, meaning five-time champions. Legends across generations such as Pele, Kaka, Ronaldo and Ronaldinho have played for Brazil and Neymar looks to lead his team to a sixth win in Russia 2018. Another nickname. Verde-amarela, means green-yellow and refers to the iconic colours of the team’s jerseys. Brazil failed to improve its World Cup record at home in 2014. The World Cup matches were played at 12 venues. The largest of the stadium is the Maracanã, in Rio de Janeiro, which is indeed the largest stadium in South America. The stadium gets its name from the Maracanã River, which originates in hills to the west. The name Maracanã itself was used by indigenous people for a parrot which lived in the region. The stadium was opened in 1950 to host the World Cup. Work on the stadium had not been completed when the matches began, but the final was played there anyway. Brazil lost to Uruguay in what was called the Maracanãzo, ‘the blow of the Maracanã’. There were close to 200,000 standing spectators for the final, mostly reduced to broken hearts at the end. The construction completed in 1965 and since the Maracanã has been used mainly for football matches between the larger football clubs of Rio de Janeiro. In 1969, Pele scored his 1000th career goal at the Maracanã. Twenty years later, Zico, scored his 333rd Maracanã goal which remains the most in the stadium. 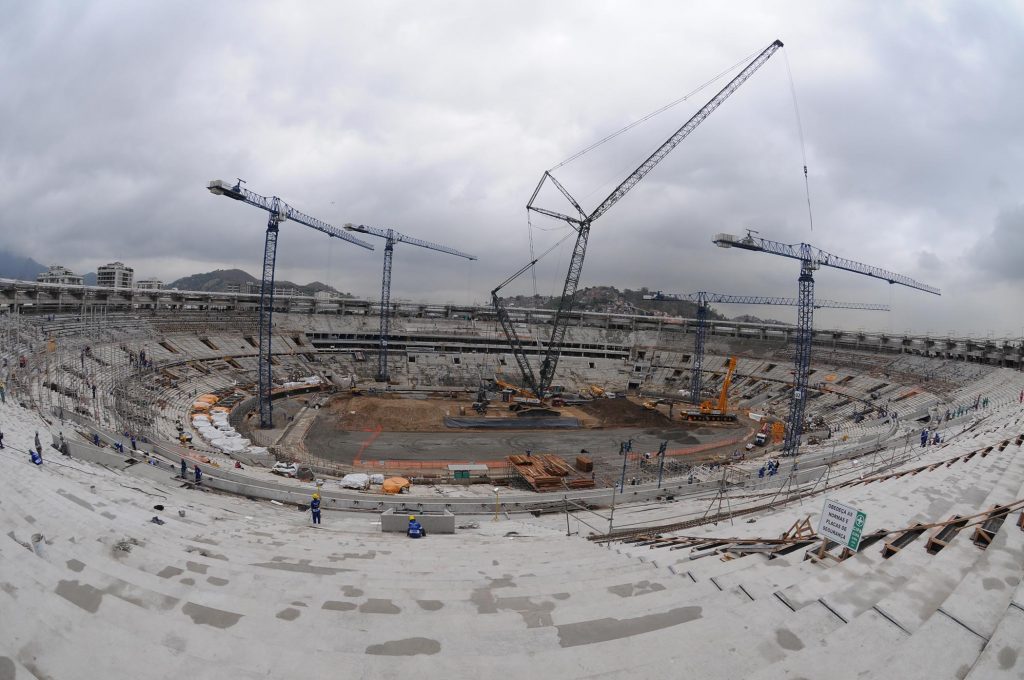 Other sporting events, music concerts and other events have been held occasionally at the Maracanã. The stadium underwent major reconstruction for the 2014 World Cup. The Maracanã was also used for the opening and closing ceremonies of the 2016 Summer Olympics and the 2016 Summer Paralympics. With a new seating arrangement, its capacity was reduced to 76,804 (it had become an all-seater stadium after its 50th anniversary). The roof of the Maracanã was expanded to cover all the seats in the stadium. For its preparation for these events, ELGi machines supply compressed air for sandblasting and painting steel structures of the stadium. Know more about our compressed air solutions here

In 2009, ELGi launched a fully owned subsidiary company, ELGi Compressores Do Brasil, to meet the increasing demand for its products in Brazil. It is engaged in selling and servicing electric and diesel screw compressors and has a wide network of distributors in Brazil and other Latin American countries. To know more about our air compressors, request a callback.