From Ground-up to the Skies 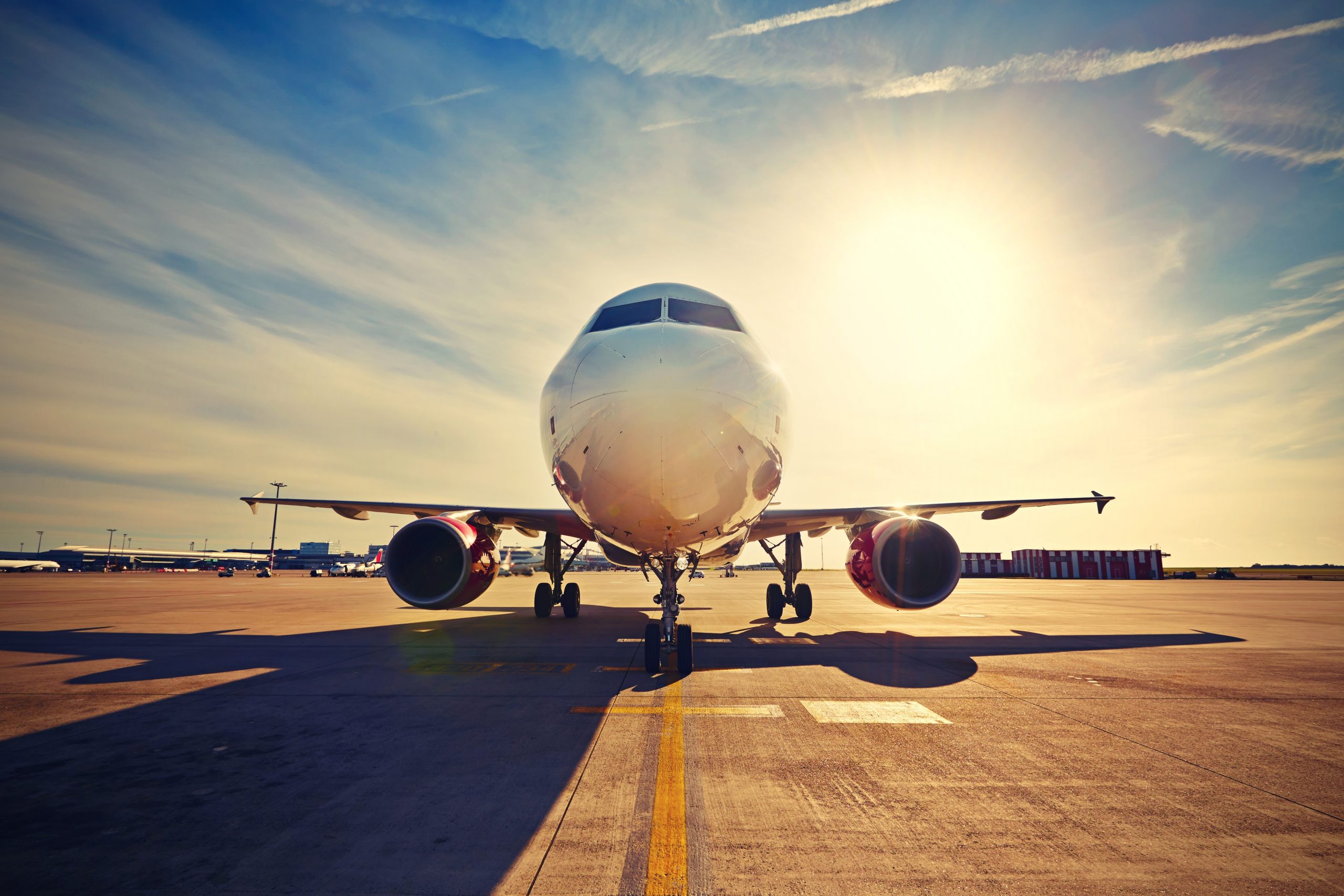 In aerospace manufacturing, tiny details matter most. For instance, if proper torque is not applied to the screws and bolts fastening an aircraft fuselage, catastrophic failures can result. Compressed air is used to power the tools needed to apply that torque, making the compressed air system a critical part of the facility, though it largely stays behind the scene. “Compressed air is our lifeline. Everything here runs on air,” explained Curtis Wood, facilities team supervisor at HAECO Americas (HAECO). “The pneumatic tools, the rivet guns — all of those things are run by compressed air. We need high-volume, quick, very clean air, and we need it to be very stable.” HAECO Americas Airframe Services provides aircraft maintenance, repair and overhaul (MRO) services to major commercial and military clients. On any given day, one of the multiple hangars at the Greensboro, North Carolina, facility might harbour an aircraft from large commercial airlines, private operators, or the U.S. government. The Greensboro complex is nearly 1,000,000 square feet, with each hangar sprawling over 2 acres under roof. The rigors and demands of the applications, in conjunction with the sheer scale of the facility, make the compressed air system at HAECO’s Greensboro facility a challenge just to maintain — let alone improve upon. However, Curtis Wood and his team at HAECO managed to do just that, with the help of Patton’s, Inc., a compressed air equipment supplier, and ELGi USA. In an on-going modernization project, the team of engineers has gradually improved reliability of the system and its energy efficiency — all the while adding sophisticated control and data-logging capabilities. Compressed air is used to power nearly every application. “When you walk around in this place, you hear [compressed] air everywhere,” Wood explained. “It’s all around you.” And, since the mechanics work in confined spaces, the compressed air needs to be treated for contaminants, such as water vapor and oil, making the supply of clean and reliable compressed air paramount for HAECO. Each of HAECO’s hangars has its own compressed air system, which are under the process of modernization. Ultimately, the final systems will include two ELGi air compressors, an air dryer, a mist eliminator, a storage tank, and a flow controller. While each hangar is unique and demands fluctuate consistently, target pressures remain around 90 psi (8.27 bar), and compressed air flow requirements do not exceed 350 cfm for any hangar. 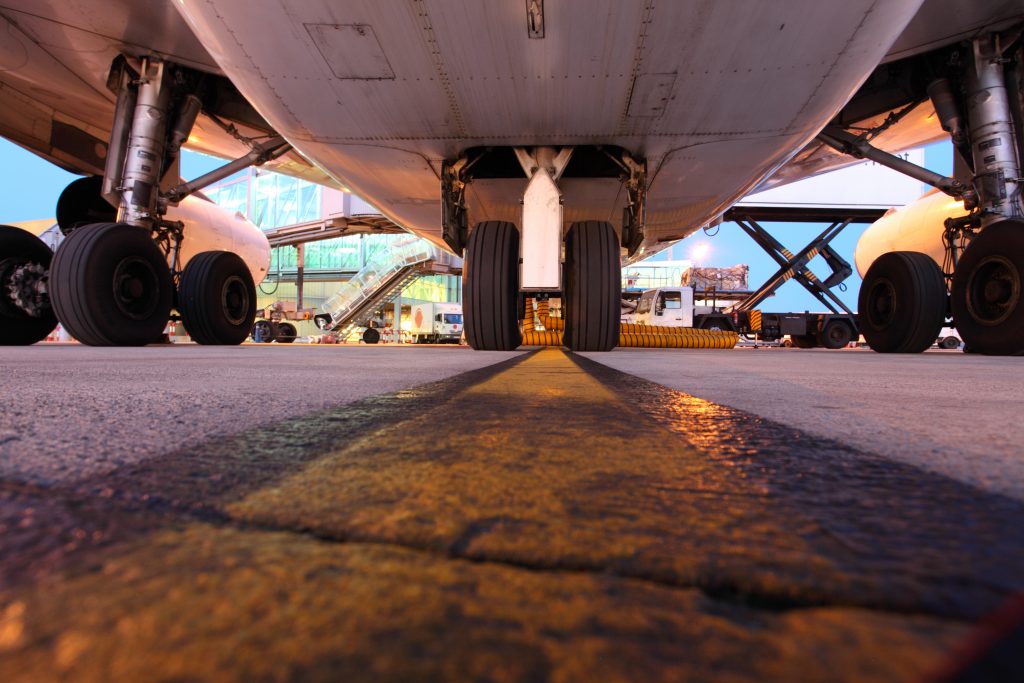 Compressed air demand fluctuates dramatically at HAECO’s Greensboro plant, largely due to the nature of applications that are unique to aerospace maintenance. For instance, what Wood describes as “blowing down the fuel tank” is a venting procedure that requires about 125 cfm for extended periods of time. When aircraft first arrive at HAECO, their fuel tanks need to be inspected, requiring mechanics to go inside the tank. However, fumes from the tank are toxic and filled with volatile organic compounds (VOCs). To vent the jet fuel fumes out of the tank, compressed air is used to create a Venturi effect that evacuates the tank. Operators use a one-inch air hose to draw off the fumes. The process causes large spikes in compressed air demand for days at a time, and it may occur in multiple hangars simultaneously. Unique workflows also impact the system dynamics of the compressed air system at HAECO. Air travel increases tremendously around the holidays, making for a temporary lull in work at HAECO. Demand comes surging back immediately afterwards as airplane manufacturers look to get routine maintenance completed during less busy times of the year. “During the holidays, if you have a plane — it better be in the air,” Wood said. “So we’re really slow the week before Christmas. We run a real low cfm. But the day after Christmas, our cfm will skyrocket when those planes start cycling back in here. We’ll peak out at around January 5, and we’ll be near maximum capacity going forward.” Workflow also differs hangar to hangar. Although seemingly contradictory, some large aircraft require less compressed air, as the work can move more slowly. Hangars handling other aircraft, such as narrow-body jets, will have much higher compressed air demands over prolonged periods of time. 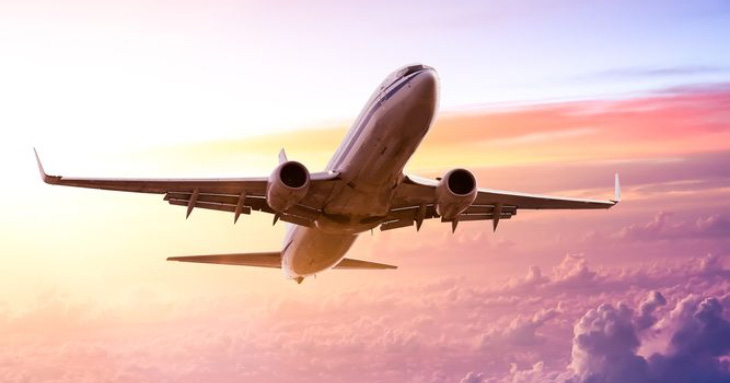 Under consultation with ELGi, the engineers at HAECO have wisely implemented adequate storage and 50-hp variable frequency drive (VFD) air compressors from ELGi to handle the highly fluctuating demand in each hangar. Prior to that, however, the system was quite different. “Everything here was 75-hp air compressors, and they were set up as load/unload. Then you ran through a dryer, and you had very little storage,” Wood said of the original compressed air system. “Basically, it was a run-all-the-time system. After we studied it with ELGi, we learned a lot about compressed air. We determined that 75 hp was way too much.” In total, the Greensboro facility had eleven 75-hp air compressors running in load/unload mode. Whenever compressed air demand spiked — due to the fuel venting application or increased workflow — compressors would kick in, and continue running inefficiently for prolonged periods of time. “One compressor would take the load, and when there was a small spike in demand, another one would kick in but carry very little load, nearly running unloaded,” Wood explained. “And these things would run unloaded for days. They didn’t have VFDs on them, so they weren’t running at brake horsepower proportional to the load. That meant that it’s the same whether it’s running at full load or idling.”

With ELGi’s help, HAECO redesigned the system to make better use of compressed air storage, helping each hangar respond to compressed air demand spikes better. Each hangar is a little different in system configuration, but the premise, or the mode of operation, remains the same. “We’ve basically doubled the number of receivers to handle that [fluctuation] in the system, and then we put flow controllers in there,” Wood explained. “We let the air compressors work to 125 psi (8.6 bar), and then we use a flow controller to modulate the pressure. Each hangar is a little different, but at our most remote point we deliver 90 psi (6.2 bar). Some hangars need 102 psi (8.27 bar) to get 90 psi at the remote end — it just depends on the setup. Then we monitor the cfm that is used, not what is created.” As Wood explained, each hangar’s compressed air system is a little different: Hangar 1 has about 1900 gallons (254 cubic feet) of storage; Hangar 2 has 1300 gallons (173.7 cubic feet); and Hangar 3 will ultimately have 2000 gallons (267.3 cubic feet) of storage. The goal, according to Wood, is to have 1800 to 2000 gallons of storage in each hangar. The major difference between each hangar was ceiling height. Hangar 4, for instance, only had enough headroom to install 400-gallon (53.4 cubic feet) receivers. Where Hangars 1, 2 and 3 used dry tanks, Hangar 4 required a wet tank with zero-loss drains. The team at ELGi was helpful in designing that system in particular. “ELGi actually helped design the system in Hangar 4 because it was very tight,” Wood said. “They were able to help us out with totally different setups and systems. Even though it’s the same concept and design, there are differences in the way we’re delivering compressed air in each building.”

In conjunction with installing appropriate storage capacity, HAECO is also in the process of replacing each pair of 75-hp air compressors with two 50-hp ELGi air compressors. “We didn’t need these bigger air compressors, so we were able to downsize to a 50-hp machine,” Wood said. “We found it best to install a 50-hp fixed-speed air compressor, and then put a 50-hp VFD with it. We let the VFD handle the low load, and let the fixed-speed machine do the high load. And probably 25 percent of the time we are running both.”

In conjunction with installing appropriate storage capacity, HAECO is also in the process of replacing each pair of 75-hp air compressors with two 50-hp ELGi air compressors. With these changes the electrical load of the plant has dropped substantially. To date, HAECO has retrofitted the compressed air system of two hangars, effectively eliminating 100 hp. Additionally, with proper storage and VFDs, the compressed air system runs much more efficiently: Inclusively, the new VFD machines cost a maximum of $29.39 per hour at full load, and can throttle down to run at $5.87 per hour. In contrast, the original system’s 75-hp air compressors required about $48.00 per hour. “Basically, by trading two [Brand Xs] for two 50-hp ELGi air compressors, it saved us about $128,000 per year — on the low end,” Wood explained. “That’s easy for our corporate controllers to understand. I can pay for two of these air compressors in the first year.”

Every hangar has its own Building Management System (BMS), and the new compressed air systems are each tied to their respective BMS. Integrating the new installations into the BMS had its own suite of challenges, but the capabilities to monitor and dictate air compressor performance is quite valuable. One particular challenge was writing the code to convert the air compressor standard values to the metric system used by the BMS. “That was one of the biggest challenges — converting the data,” Wood said of the air compressor integration. “What that compressor actually shoots out is this huge fraction. We wanted it to read in a standard format. Our programmers went in there, took the data coming out of the ELGi compressor, and learned how to convert it by working with the programmers at ELGi. They helped convert it to data we could use.” Once the BMS receives and converts the air compressor data, it stores the information at several locations. The metrics are stored on the controller for a week before being sent to the server, where they are stored indefinitely. The record keeping is yielding major operational benefits for HAECO. “We’re storing that data indefinitely so we can see how things change,” Wood explained. “As we change aircraft, layouts or configurations, we put notes in there. From a business pricing aspect, this is helping us understand what the demand is. Larger aircraft actually require less [compressed air]. The smaller, older airplanes require the most.”

Designing an efficient and reliable compressed air system suited for a specific facility is a long and challenging process. Compound that effort with multiple hangars supporting different work requirements, and the process becomes even more difficult. Despite the daunting task, ELGi USA has successfully collaborated with HAECO Americas to dramatically improve the compressed air system at the Greensboro plant. “The ELGi team helped us overcome some setup issues,” Wood commented. “They were actually able to educate us. We went down to Charlotte, and they broke one of these machines down for us. We learned how to take one of these apart. We knew we were going to do our own service, so we needed to know the same thing the service guys would know — very specific details about how to take these things apart.” The HAECO plant was one of ELGi’s first customers. The partnership has proved valuable to HAECO from an educational standpoint, and the facilities team is quite pleased with the equipment. “We’re slowly but surely switching them all to ELGi air compressors,” Wood said. “We like ELGi air compressors because they’re easy to work on. Inside, they’re made in a way that it is easy to maintain. It’s all stainless steel or aluminium. The thing’s going to last a long time, and it can take a lot of abuse.” HAECO Americas has allotted budgetary resources for more air compressor upgrades in the coming year. Through a partnership with ELGi USA, the compressed air system at the Greensboro plant will continue its modernization process, improving the energy efficiency and putting insightful performance trends on record.