Diamonds.. are forever; and while the word comes from the Greek word meaning ‘not conquered’, a diamond was believed to be the tears of gods and splinters from falling stars. The value of such mythical beliefs continues to be felt to this day. 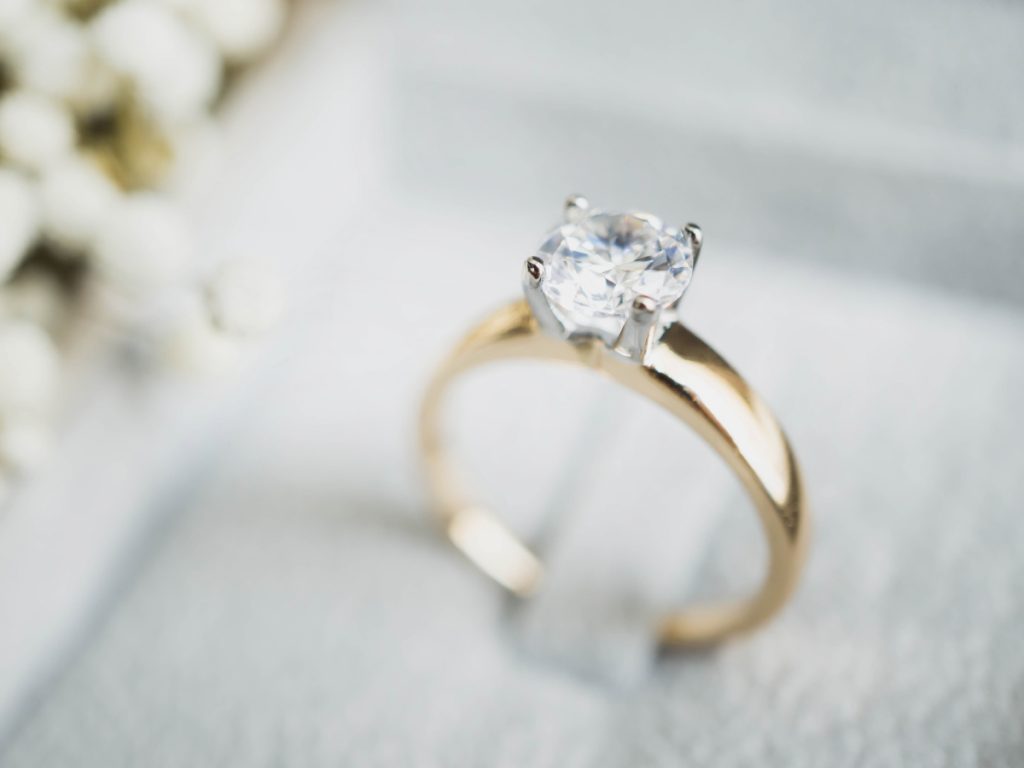 Since these precious items can cost quite the pretty penny; they have become a way of expressing how important someone is to you. Read on to know more about how compressed air lets you keep your promise to your loved ones.

Natural diamonds were formed billions of years ago at a depth of 300 km within the earth’s crust. Under immense pressure and temperature, carbon atoms combined to crystallise and grow as diamonds within rocks. The diamond-bearing ore was brought to the surface through volcanic eruption. After the magma cooled, it solidified into blue ground, or kimberlite, where precious rough diamonds are still found today.

Rated 10 on the Mohs scale of hardness, diamonds are the hardest substance on earth. (Mohs scale measures a mineral’s hardness) 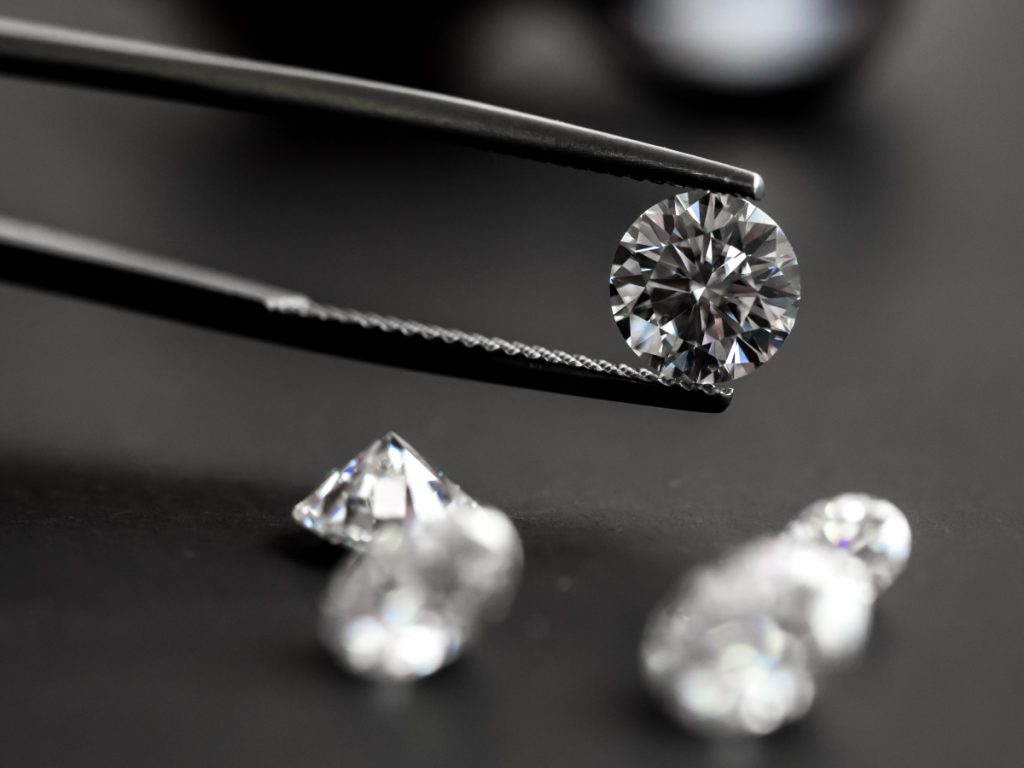 What You ‘C’ is What You Get

A diamond’s beauty and value centres around four key factors (the four Cs) —clarity, colour, carat, and cut. The clarity refers to the presence of flaws such as cracks and chips, on and within the stone. The colour ranges from colourless to yellow; and includes the rare pinks, blues, and greens known as ‘fancies’. Carat is the weight of the diamond. The value of a diamond increases exponentially in relation to carat weight since larger diamonds are both rare and desirable. 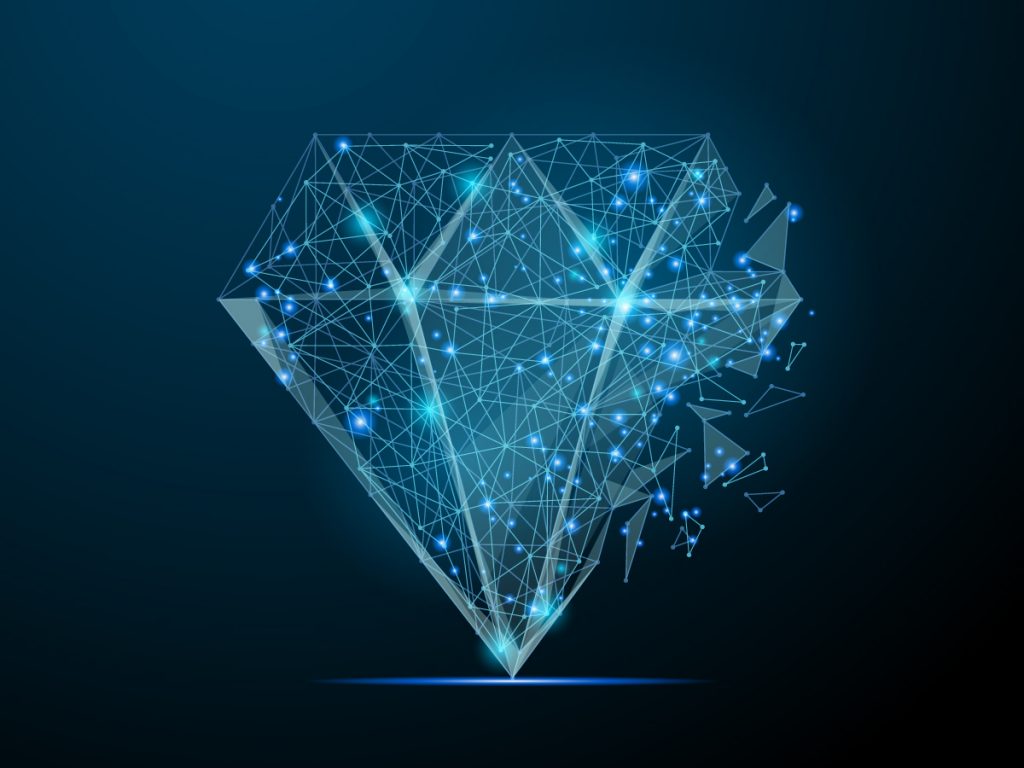 The Secret Behind the Sparkle

Although modern mining began in South Africa in the late 19th century, the art of diamond polishing and cutting has its origin in India, where artisans made a diamond sparkle simply by rubbing one diamond against the other.

A diamond must first be meticulously studied and then marked for cutting, as each stone is different. The rough diamond is divided into two parts by sawing or cleaving. Most stones are sawn across the ‘grain’ (visible evidence of the diamond’s crystal structure). The stones that are marked for cleaving are split along the grain by a single blow from a steel blade.

The polishing of the diamond begins by first grounding the facet to the stone. A facet is a tiny plane that traps the light and makes a diamond sparkle. The facets are applied to the diamond on a turntable, which is coated with diamond dust and oil. The diamond is set into a holder and held against the turntable as it revolves at a very high speed. It requires anywhere between a few hours to several months to cut and polish a diamond, during which it loses half its original weight on an average.

Today, the traditional diamond cutting tools have now been replaced by modern machinery, which uses lasers.

Only 20 per cent of the diamonds mined are suitable for polishing, and the remaining 80 per cent are of industrial quality- which find application in wire dies, surgical instruments, heat sinks, and others in the electronics and aerospace industries.

Surat is the nerve centre of the diamond cutting and polishing industry in India, famed for its handmade jewellery. More than half of the world’s export of cut and polished diamond is from India!

Many diamonds with distorted growth, are impossible to cut by conventional means because of the changes in sawing planes. A stone such as this can now be sawed by laser without regard for the grain. At the point where the laser strikes the diamond, the temperature is very high. The heat generated during the process is lowered   by directing cooler compressed air on the cutting surface of the diamond. Apart from this application, compressed air is used with pneumatic valves which  hold uncut diamonds. Downstream accessories such as dryers and filters are used so that the compressed air in these applications is free of moisture and oil.

The use of advanced technologies has been established in the diamond industry, where smaller stones are often cut and polished using laser equipment.

For manufacturers in the diamond industry, it is essential to have reliable compressed air systems for profitable production lines. ELGi keeps this in mind while building its compressed air solutions.