Life is but a sport

Sathish passes on all that he has learnt as a player with the same passion as he once played on the field. 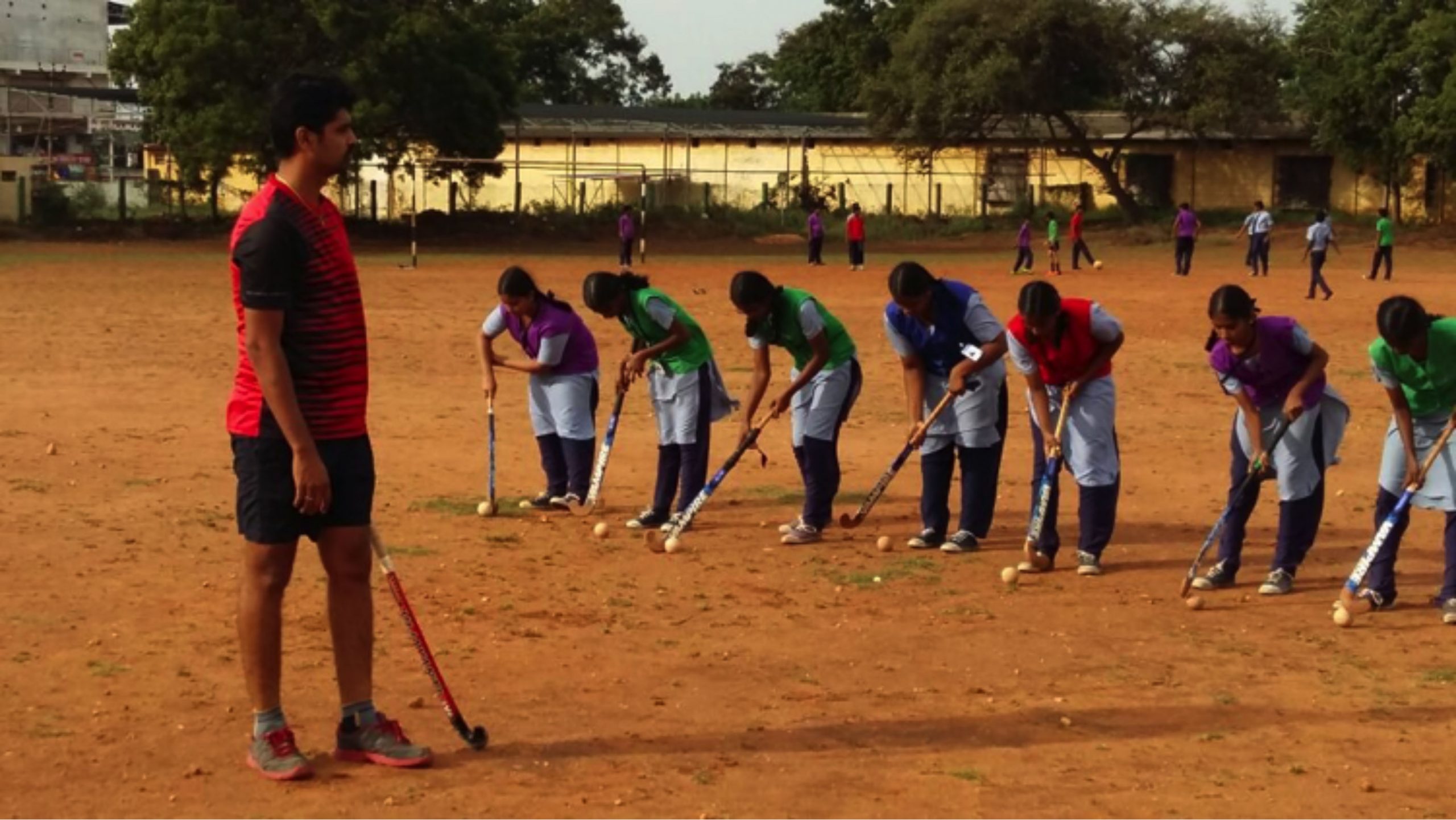 For Sathish, former captain of the hockey team of Bharatiar University and Anna University, it was like going back in time to school. Only this time, he was coaching children at the ELGi Matriculation Higher Secondary School.

For most of the mid-20th century, India was far and away the world’s best team in an Olympic sport. Other countries could only compete for second place, as India racked up 7 Gold Medals in 8 Olympic Games.

There is a reason why hockey is India’s national sport. At the backbone of India’s success was Dhyan Chand, still regarded as the greatest player to ever grace the hockey pitch. With a ridiculous tally of 33 goals in 12 games at the Olympics and over 400 goals in his career, for hockey he is what Pele is to football. The Wizard, whose birthday on the 29th of August is celebrated as National Sports Day, inspired many lives.

One of them is ELGi’s very own Sathish. He has been working in the Accounts Department at ELGi Equipments since February, 2015. He loves to talk about hockey; and tell stories of Dhyan Chand. Just like he loves spending time coaching children, teaching them all the lessons, big and small, that he once learned on the field. 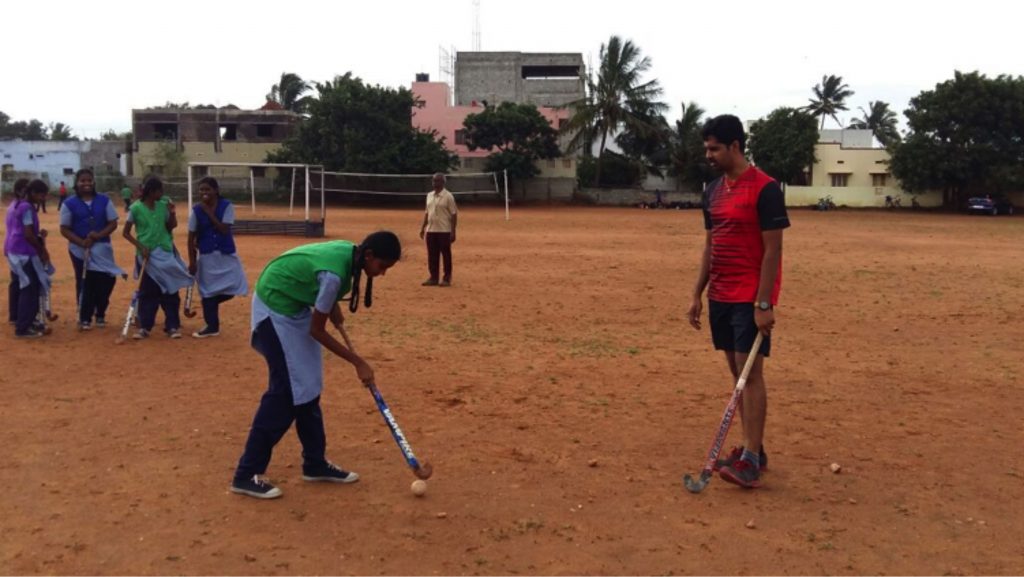 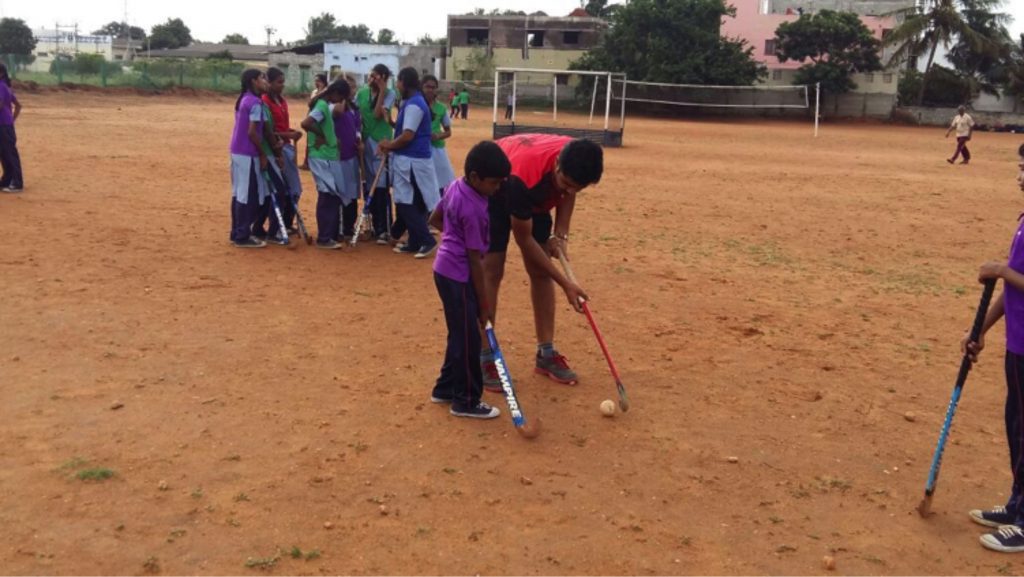 A year since he joined ELGi, a chance discussion led to an opportunity for him to coach hockey at the ELGi Matriculation Higher Secondary School, Vellalore. It was like music to his ears.

“Skill is secondary, we have to be able to run for 70 minutes. We want that kind of stamina.” - Sathish 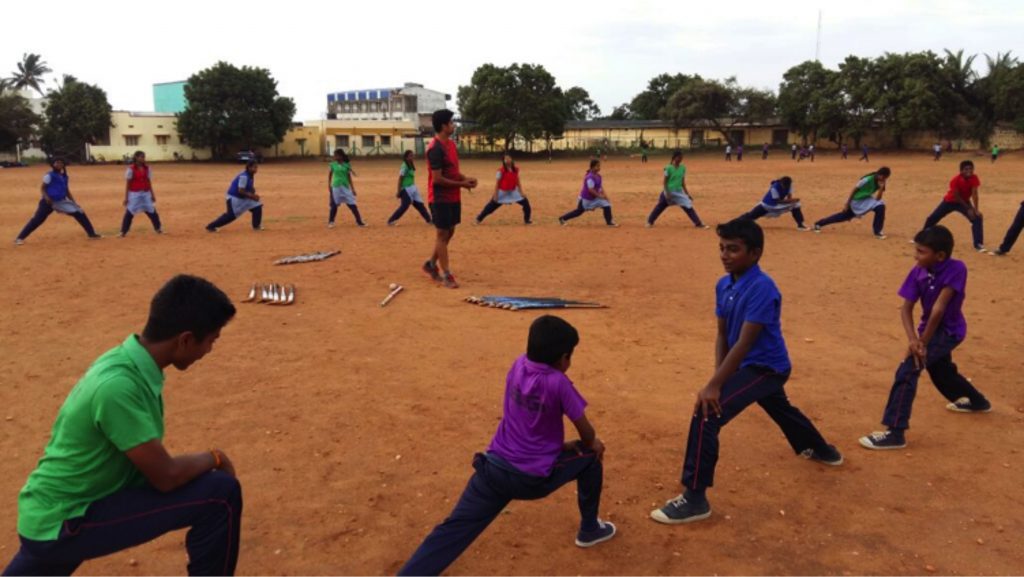 The children have never had professional training before. They played with just one aim – to keep the ball away from their stick. They had no plan. Sathish taught them the importance of running, fitness and skill. He also taught them teamwork. The children learnt quickly, they learnt well. They started to depend on each other and play like one team. Soon every move was driven by motive. And victories, they just followed. The team won inter-school tournaments at all age levels. 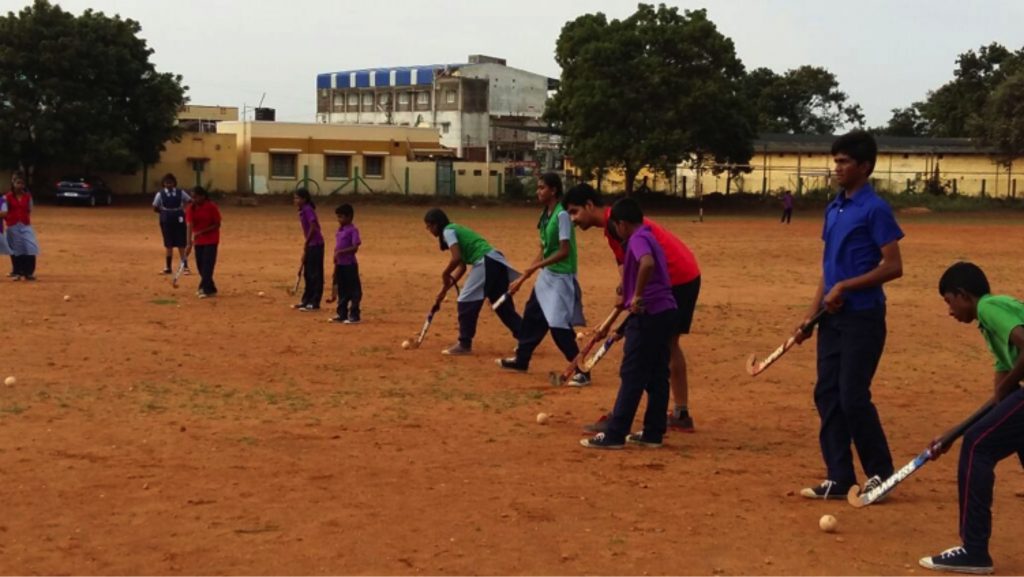 Sathish speaks proudly of the trust his children have in him. He feels responsible for them. They are excited, eager to learn and obedient. At first, the thought of training children, boys and girls, from grade 6 to 11 seemed like a challenge. Today, he looks forward to it.

“It makes me calm. Keeps me fresh. You won’t believe it, I have no stress.” 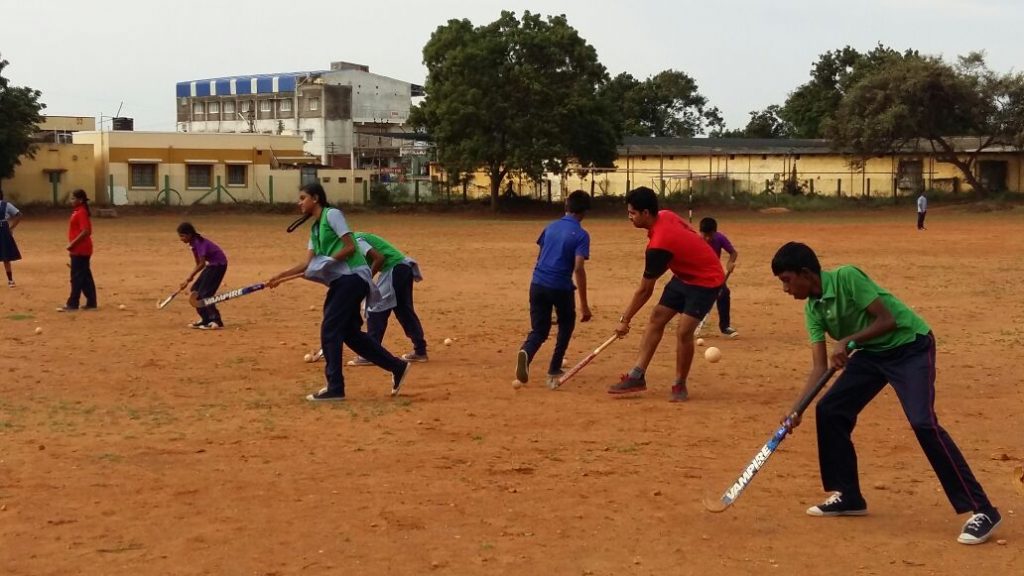 While most organisations encourage games like cricket and football, ELGi made space for Sathish and his favourite sport. Every year, the school conducts a summer camp for a few weeks which is attended by about 40 kids across all age groups. Sathish coaches the group in the morning from 6 am to 9 am, before making his way to work at 11 am. 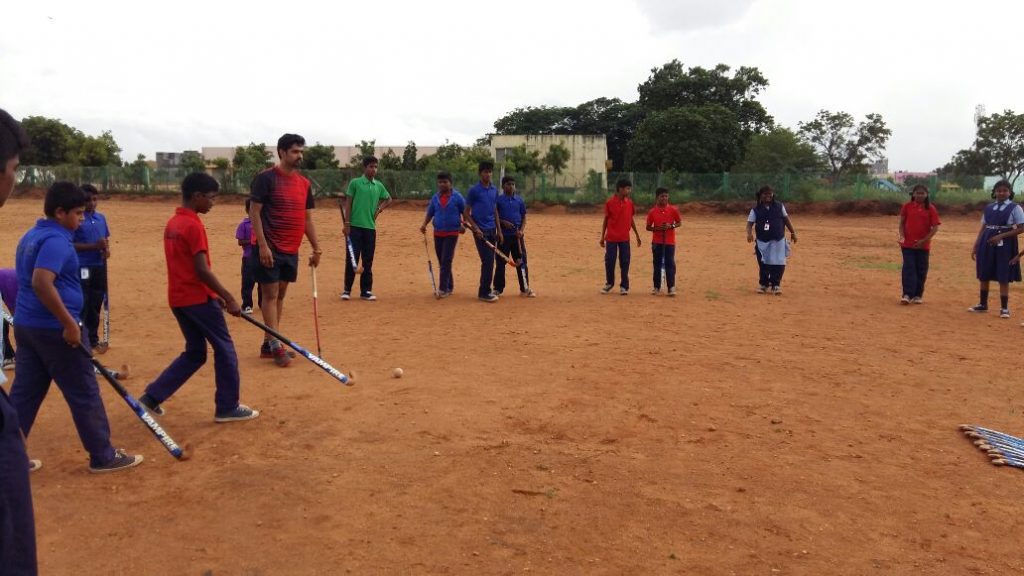 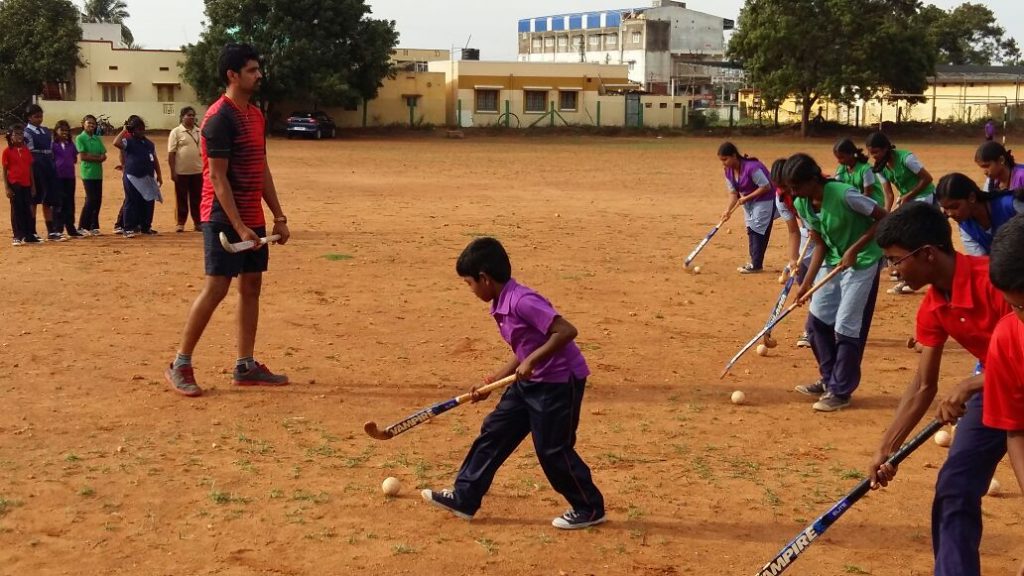 From being captain, who’s responsibility was to win the game, today he has a bigger purpose – of building 11 captains in a team. #AlwaysBetter