Running Into Your Better Self

ELGi unearths an inspiring story of commitment and determination 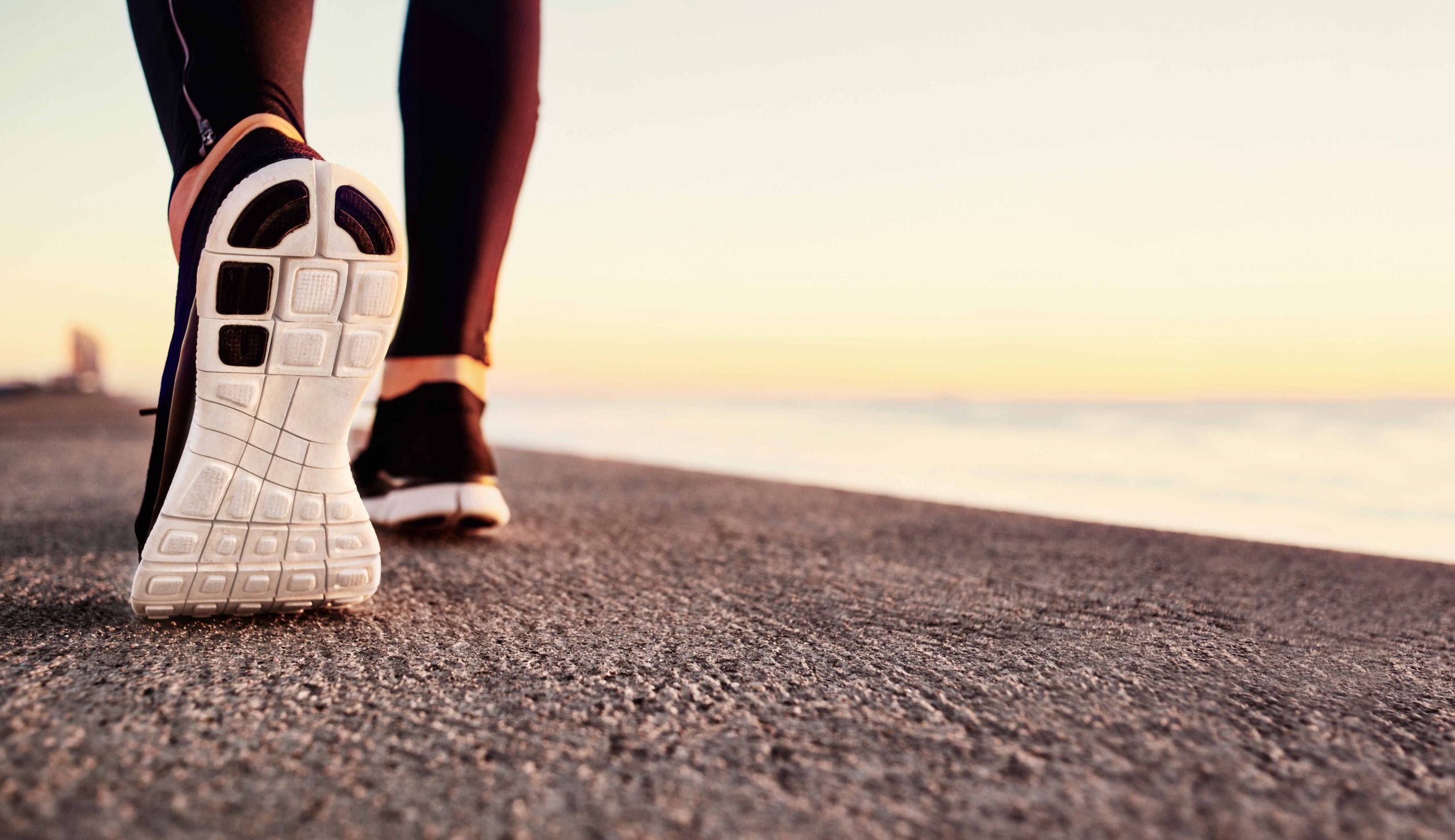 The act of running is much more that just putting on two shoes and hitting the road. When done regularly, it becomes an important part of you. A part that will stay for the rest of your life because you don’t remember how life was before. Such is the case of Mr Satish, a senior member of the ELGi family. He joined ELGi in the year 1998 as the regional manager in Mumbai. Now he is a chief operating officer in Coimbatore. Having been a Coimbatore Runner for the past 4 years, Mr Satish recollects the event that made him join this motley group in the first place.

“I’ve been athletic and a sports buff my whole life. Badminton was my first choice in my younger  days and I stuck to it until 2012 when I faced an unfortunate shoulder injury. The doctor said I could either get a surgery with chances of 95% recovery or opt for another sport.” Coincidentally Mr Ramesh Ponnuswami, the founder of Coimbatore Runners and a senior director at ELGi, happened to introduce the concept of recreational running to his colleagues. It was an inspiring session that provoked Mr Satish to consider choosing this activity over badminton -- which meant deciding against getting metal plates fixed into his body -- something he wasn’t comfortable with now that he’s in his late 40’s. Bidding goodbye to his favorite sport, it was time to test the waters with this tight-knit group of runners in his own city.

“I always saw marathon practice as an alien activity, something I would never be a part of. Bunch of people running together in the morning, it didn’t appeal to me at first. But after seeing how genuinely moved Mr Ramesh was with the growth of Coimbatore Runners, I had to give it a shot.” He says it was difficult at first, to wake up as early as 5:00 AM to make it to a 5:30 AM run. Though he did slowly ease into it. The warm up sessions, use of good running shoes, wholesome energy emanated by fellow runners - it all pushed him to keep going. If he had any doubts, an eclectic group of people from varied backgrounds were there to help him.

“From doctors to businessmen, I got unique inputs from everyone. Soon, I started seeing positive changes in my body, my lungs were better than ever, the fresh oxygen seemed to activate my brain and the traffic-free roads early in the morning just added to the charm. A great characteristic of running is its simplicity. If you have shoes and the will, you can run anywhere in the country or world.” 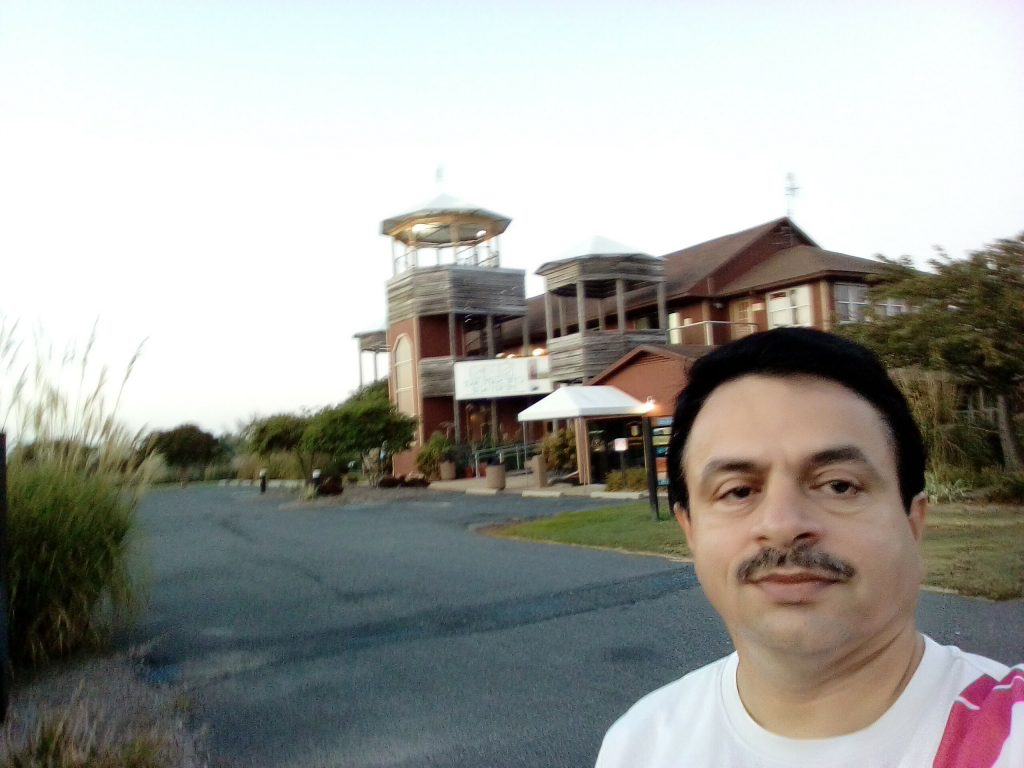 Mr Satish, with a tinge of nostalgia, repeated that Coimbatore’s beauty in the morning with the perfect weather is something that never disappoints. He says his racing heartbeat instills determination, helping him stay revitalized for the entire day. Unlike earlier times, his energy levels are stable even after office hours. There’s no sluggishness once he’s back home to his family. Running has definitely helped him on a personal as well as professional front. “I’ve barely ever applied for sick leave in the last few years. Maybe just twice!” By this point we could hear the smile in his voice and it was endearing to get to know this man with an infectious youthful energy.

He joins the runners every Monday, Wednesday and Friday. Saturdays are reserved for cycling to break the monotony. He is building his consistency and competency to finally run the marathon. He wants to continue keeping it an enjoyable experience and take his own time to reach his goal. Mr. Satish has run 9 official half marathons, 21.1 kilometers each and over 20 unofficial ones. These informal half marathons take place on Sundays and the group’s biggest motivation is the grand breakfast they devour after the 2 hour run. There’s no shame in the love for food, we say! He aims to participate in at least 10 more such half marathons. He remembers his second year marathon on joining Coimbatore Runners. “It was an awesome experience. We were cheerfully encouraged by people on the road - friends, family and spectators. Even the music played by a band really lifted our spirits in the last few kilometers. I finished in exactly 2 hours 11 minutes. Yes, I remember the exact time,” he laughs.

Mr. Satish joined the organizing team of Coimbatore Marathon since 2015. On being asked about his role in the organisation, he said there’s no set hierarchy and the duties are flexible, much like a family where tasks are bifurcated and not formally designated. You can contribute to on-ground management, handle counters and solve issues, or visit corporates to promote the marathon and encourage engagement. After all, it’s a cancer foundation fundraiser and just about anyone is allowed to be a part of this cause.

On a final note, Mr Satish genuinely prompted us to incorporate running in our daily schedules. “I urge you to give it a chance and I promise you will see the difference yourself. It’s only a matter of gathering courage to get out of bed. Once you’ve done that, there’s nothing stopping you. Remember this - you may be the wealthiest man in the world but without health, you’re nothing.” We salute Mr Satish for his dedication and struggle to be better always. This is one of the many inspiring stories from the steadfast group of Coimbatore Runners. Coimbatore Marathon 2017 is on 1st October and we hope to see many new faces there.

Mr. Satish has been contributing tirelessly to ELGi’s #ConquerK2 campaign. ELGi’s campaign is aimed towards raising awareness of the event and fitness in general. We hope you can help us spread the word by using the hashtag #ConquerK2 every time you run, walk, bike or take part in any form of exercise. Let’s make the Coimbatore Marathon 2017 an even bigger success. Together we strive to be #AlwaysBetter.