In conversation with Mr Ramesh Ponnuswami - the co-founder of Coimbatore Runners and an inspiration to many. 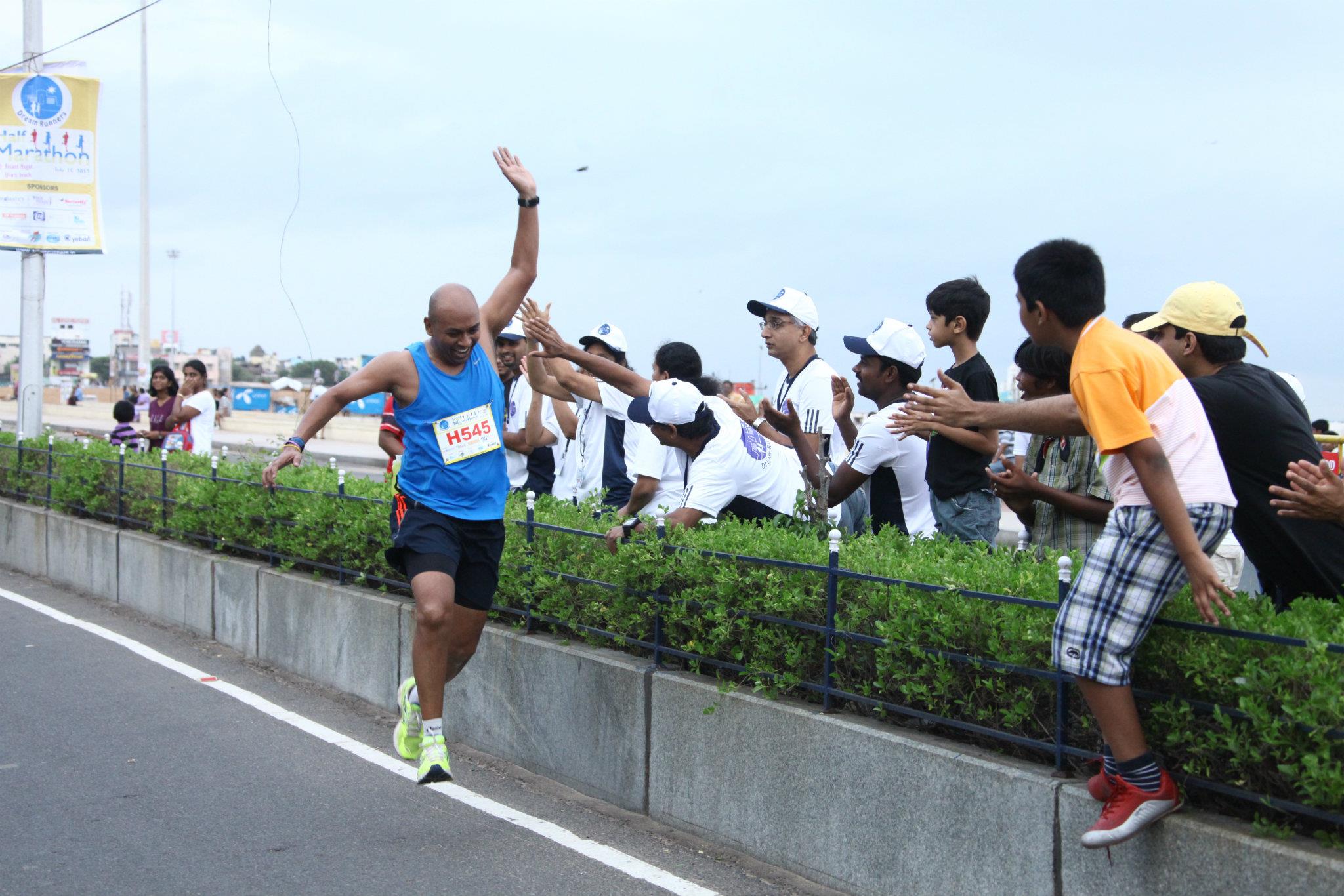 We asked Mr Ramesh, the race director of Coimbatore Marathon, to tell us more about his hobby of running. With an air of enthusiasm, he exclaimed, “Running is not a hobby for me, it’s a habit! Three to four days of my week comprise of running and the rest I settle for a walk of 30 minutes minimum. My hobbies are travelling and reading, and invariably they connect to my obsession with running. So all three intertwine beautifully. I travel to marathons and read on the way.”

He was very passionate about squash, making the game his main source of daily exercise. As work started taking him around the globe, it was difficult to maintain a schedule, as well as find company to play and a squash court. After a frustrating period of long travel and no exercise, he happened to gradually find solace in running from the year 1999, which fitted into his travel routine. He began with jogs, working up a sweat and seeing changes in his lifestyle almost immediately. His threshold increased from 20 minutes to 40 and so on. After his first half marathon in Australia in 2001, it got clearer that the switch from squash to running was a permanent and exciting one.

“Soon I realised I enjoyed the time with my heart pumping and a spring in every step. It is now my very own version of meditation… meditation in motion. Whenever I want time out to gather thoughts or simply clear my head - I go run by myself and it helps tremendously. Some of my best ideas have occurred while running.” He mentions how keeping those solitary moments aside, running with a group has brought about a sense of common passion, goals and victory. “We see the resurrection of dormant athletes all the time!” he chuckles. “A hidden love for being active and strengthening your body surfaces and we help people pursue these little dreams.” 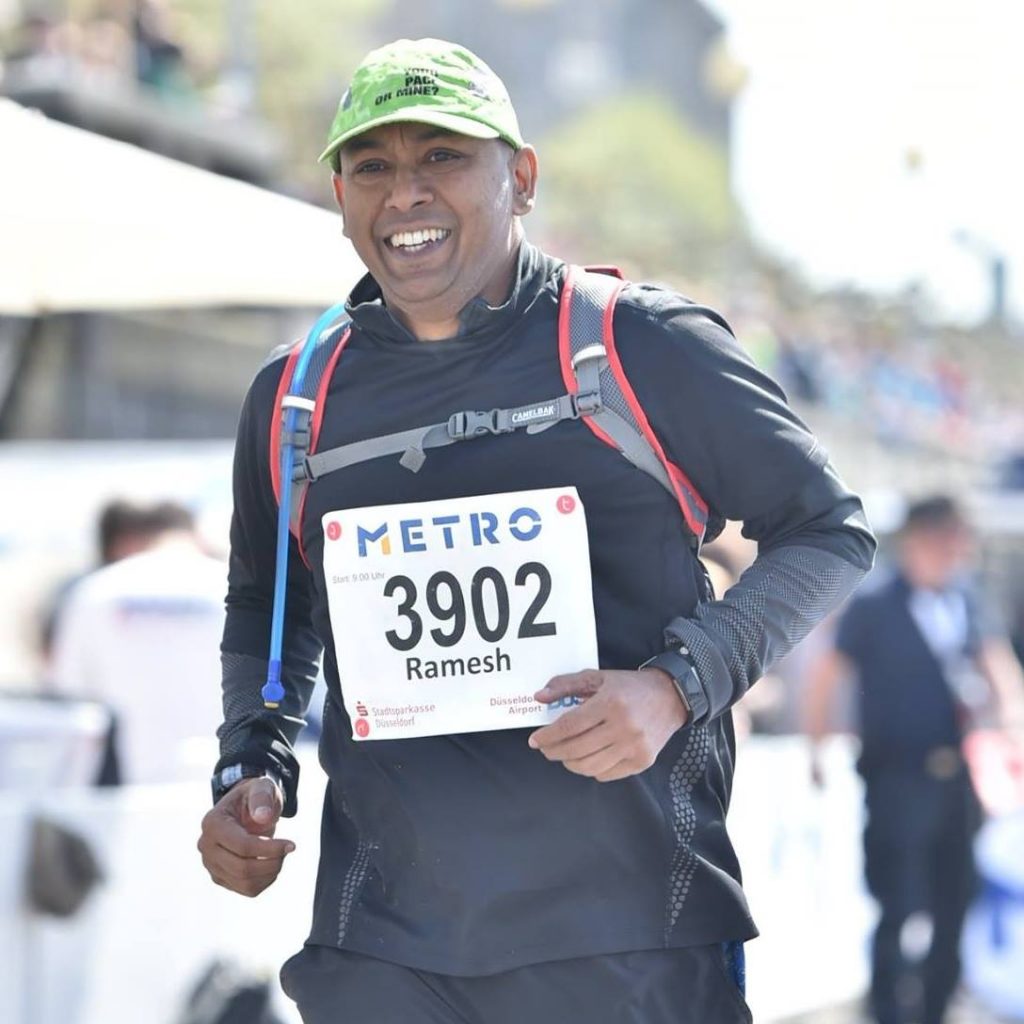 Ramesh participating in a Marathon in Germany

Ramesh never knew of marathons until he visited his colleague one day and happened to meet his wife who had just returned from training for a full marathon. He couldn’t get his head around the fact that after having delivered a baby only 6 months ago, Camille Edye managed to complete a 42 km run. “I was truly inspired by her and bumped up my own practice sessions to 45 minutes and kept pushing further. Without many guidelines, I developed my own training schedule at the time.” He completed his first half marathon in 2 hours 20 minutes in 2001. Seeing his enthusiasm, Camille gave him tips and books related to running and marathons. After relocating to India late in 2001, completing a full marathon was one of his main goals for the year. His first full marathon was in Singapore in 2007 and since then he participates in a mix of half and full marathons regularly.

"Running is a great metaphor for life. I felt in this transformation, a need to share my experiences with the world. I saw a newspaper article in The Hindu in Chennai about a group of long-distance runners, the Chennai Runners. The next day I was running with them and this led to great friendships and togetherness that helped me keep moving from one running goal to another.  Being an active member of Chennai Runners, putting together running events and being part of a growing tribe in Chennai meant that, once I relocated to Coimbatore to work for ELGi, I had the urge to replicate what I experienced in Chennai.  I started Coimbatore Runners along with three others in December 2011. The group is now close to 500 - strong and consists of people from all walks of life, in all different shapes and sizes! Our professions vary, so does our age but we all come together and pursue our personal fitness and wellbeing goals.” 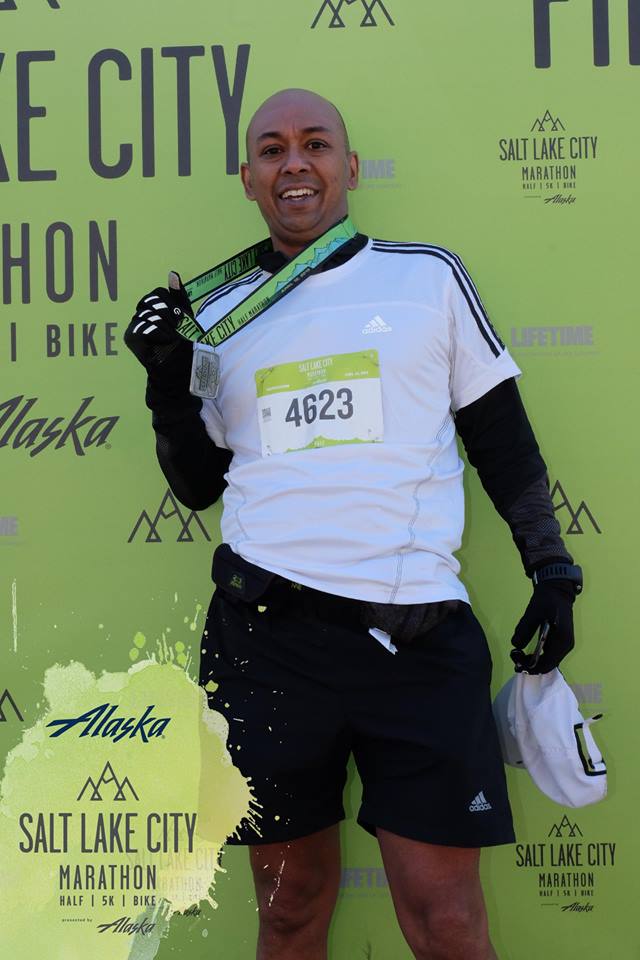 In 2012, the Cancer Foundation approached Ramesh to organise a marathon for them to create awareness about its activities among the citizens of Coimbatore.  He readily accepted. Apart from contributing to a great cause, it was an opportunity to expand the tribe of long-distance runners. Their first meeting was held in November, 2012. This was the genesis of the Coimbatore Marathon. They brought in Show Space from Chennai to manage the execution of event.  The Coimbatore Runners handle the technical and operational aspects of the marathon as the operations team or as they like to call it - the ’OPS’ team. They are a team of 33, with nine of them from  ELGi. They run together, work together and now organise marathons together. It took six months of planning to organize the event in October.

Typically, in any conversation with an acquaintance or a stranger, if Ramesh senses that they are looking for something or are desperate to achieve something in their lives, or if they simply mention that they are envious of him being a dedicated runner, he immediately knows that he can inspire them to run too. "I came across dramatic transformations, recoveries from surgeries, people who lost so much weight, observed drastic improvement in their health, diabetic patients who didn't need to consume tablets anymore, and all of these stories appeared due to the simple act of running regularly.” With such an impact on so many lives, it's only natural that the Coimbatore Runners have increased in number mainly through word of mouth. A lot of times it can be intimidating for newcomers who have to change their lifestyle from a couch potato into running 42 kms, but that’s where the fun lies. The old timers help the new to achieve by assuring them that they were sailing in the same boat years ago.

“My story is relatable and I often tell the aspiring runners that I am ordinary just like everyone else. I do not participate in national or even district level athletics, but I can run 42 km and feel good about my body and mind, and embrace positive changes in my life. They can also do the same.” Ramesh urges people to not wait for that wake up call in their mid 30s or early 40s but rather take to running or any other kind of sport that may suit them, incorporate it in their daily lives and let the dedication work its magic. He, along with his team, helps people progress from walking to jogging or running. They also go out of their way to ensure the smooth flow of events, even if that means sacrificing a day’s run.

He recalls the success story of a homemaker who began to run with Coimbatore runners in spite of coming from a conservative family. Her parents wouldn't approve of her wearing track pants and t-shirts but she trained and successfully ran the 10km event in 2014 Coimbatore Marathon.  Within a year she and her husband were able to run 42 km!  Perceived as a sari clad traditional woman, it was funny but also inspiring to see her photograph in the newspaper one morning when she ended up as a podium finisher in one of the local events. “We only had one thing to ask her then, ‘What will you do now since your dad will come to know?’” he laughs. She had to tell them eventually and of course, they were proud. Such stories help us spread the word through our members. We don't have a single rupee for promotions but the goodness of our work reaches home and we see more people wanting to be a part of Coimbatore marathon, in turn, Coimbatore Runners.

"My advice to everyone is that you don't know how far you can go or where something can take you unless you try it. So get off that couch, breathe in the fresh morning air and break into the light run. Trust me, it is worth it.” 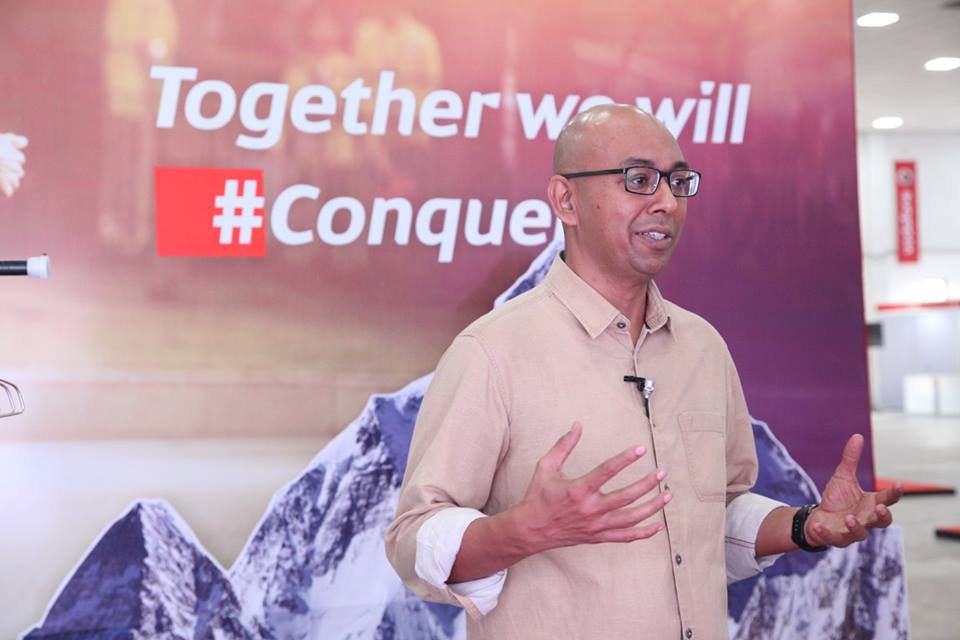 ELGi’s aspiration to become the 2nd largest air compressor company in the world led to the campaign Conquer K2. K2 is the world’s 2nd highest peak, being 28,251 feet tall. This year the team beautifully connected the company’s goal to the Coimbatore marathon by aiming to finish 28,251 miles collectively. Ramesh was proud to let us know that even before the marathon began on October 1st, they did meet the targeted miles and more! People jogged, ran, cycled, swam and inspired each other to keep going. This hard work commemorated into a successful marathon and Ramesh is prouder than ever.

Coimbatore Marathon managed to raise 1.2 crores in 4 years for the Cancer Foundation, with the help of thousands of people. The Runners are now about 14,000 in number. Ramesh has contributed tirelessly to the #ConquerK2 campaign. Together they strive to be #AlwaysBetter.