Hearing is fundamentally the compression of air in our ears. 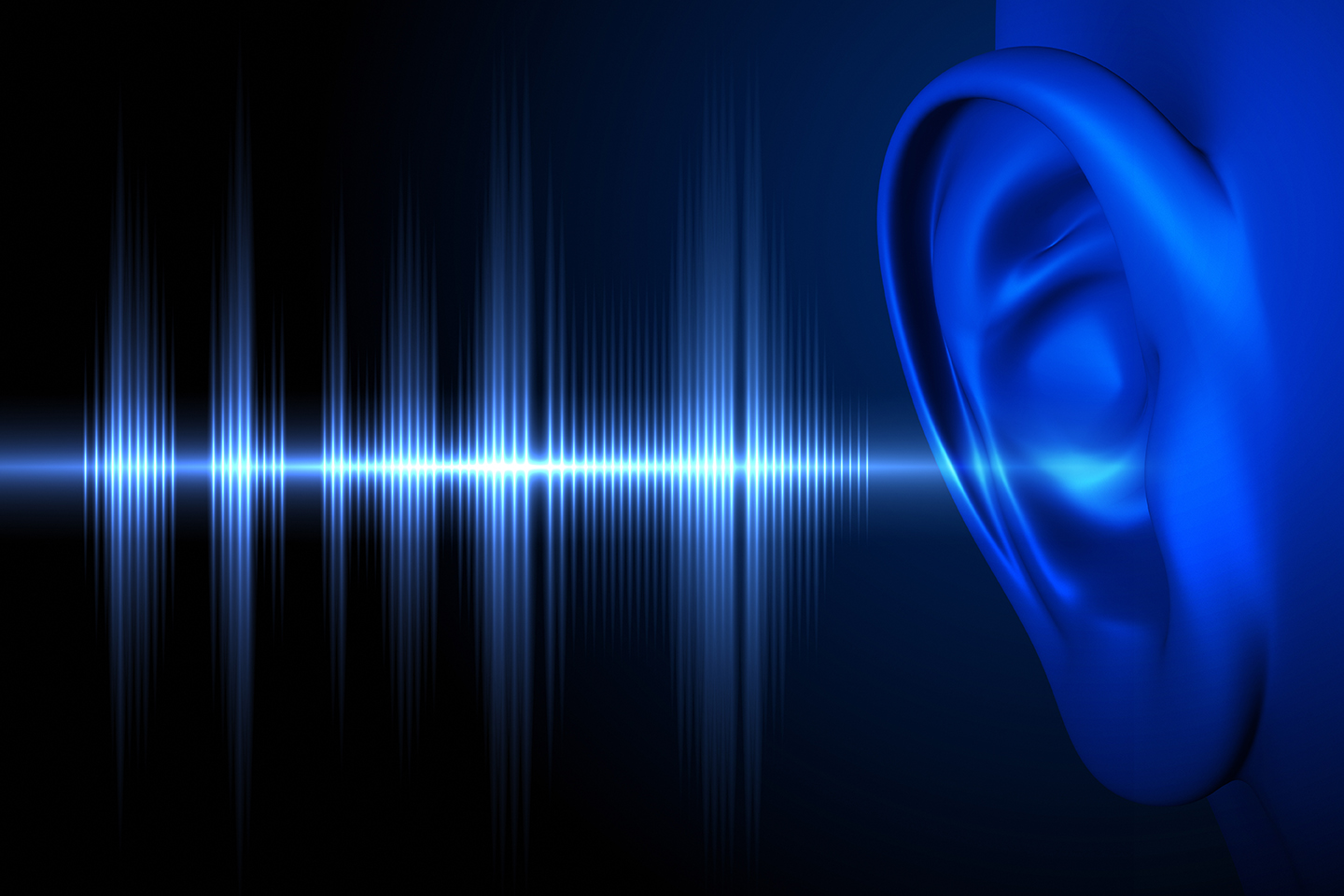 Sound is very closely associated with our ears and to vibrating bodies. Anything that produces a sound is in a state of vibration—a drum, a string, even our vocal chords. The minute vibration is damped, the sound stops. For a sound to be heard, there needs to be an uninterrupted medium between the source of the sound and the ear, and we have air! It helps us do numerous things facilitated by sound—holding conservations, hearing announcements, listening to music and so much more. You cannot talk if no one can listen

Music exists because of a certain property of sound - its speed is unaffected by intensity or pitch. What if louder sounds travelled faster than softer ones? You would hear the loud sounds first and then, after a delay, the softer ones.

Sound travels through air as longitudinal waves. These waves consist of alternating compressions and rarefactions of air generated around the sound source. Sound is produced through an oscillation in pressure created near the source of the sound. 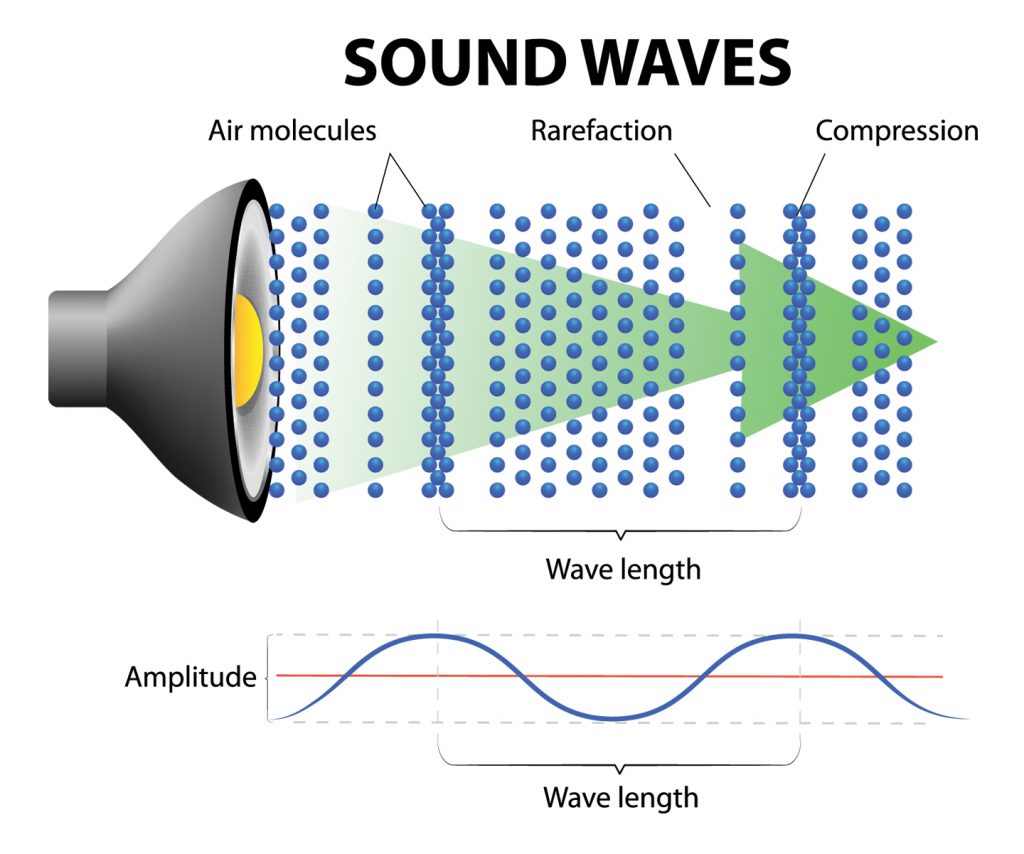 The ear converts sound into electrical signals which are relayed to the brain through nerves. The brain processes these signals, converting them to something we can hear. When sound strikes the ear, pressure disturbances make the eardrum move. The ear bones act as interlinked levers, magnifying the movement and creating pressure waves in the fluid within the cochlea. The eardrum is 17 times the area of the inner ear. It amplifies the pressure to over 22 times that of the sound generating it.

Since the inner ear is hollow, a pressure difference is created across the eardrum at high altitudes. This could damage or burst the eardrum if too large. The Eustachian tubes, connecting the inner ear and the nasal cavity equalise the pressure within the middle ear and the air pressure. Normally, these tubes are closed at the nose end to prevent entry of mucus. But when we chew or yawn, they open, balancing the pressures. So, we yawn to equalize pressure in our ears! The complex structure of the human ear

It’s the tiny hair cells that convert the vibrations to electric signals. They brush against each other repeatedly within the cochlea. This shearing action produces an electrochemical signal which is picked up by the auditory nerve, which is relayed to the brain, creating the perception of hearing.

This elaborate mechanism is sensitive to sound frequencies ranging from a minimum of 20 Hz (or cycles per second) to an upper limit of 20,000 Hz (20 kHz). Other animals have different ranges of frequency, bats and dolphins hear a lot higher than humans. 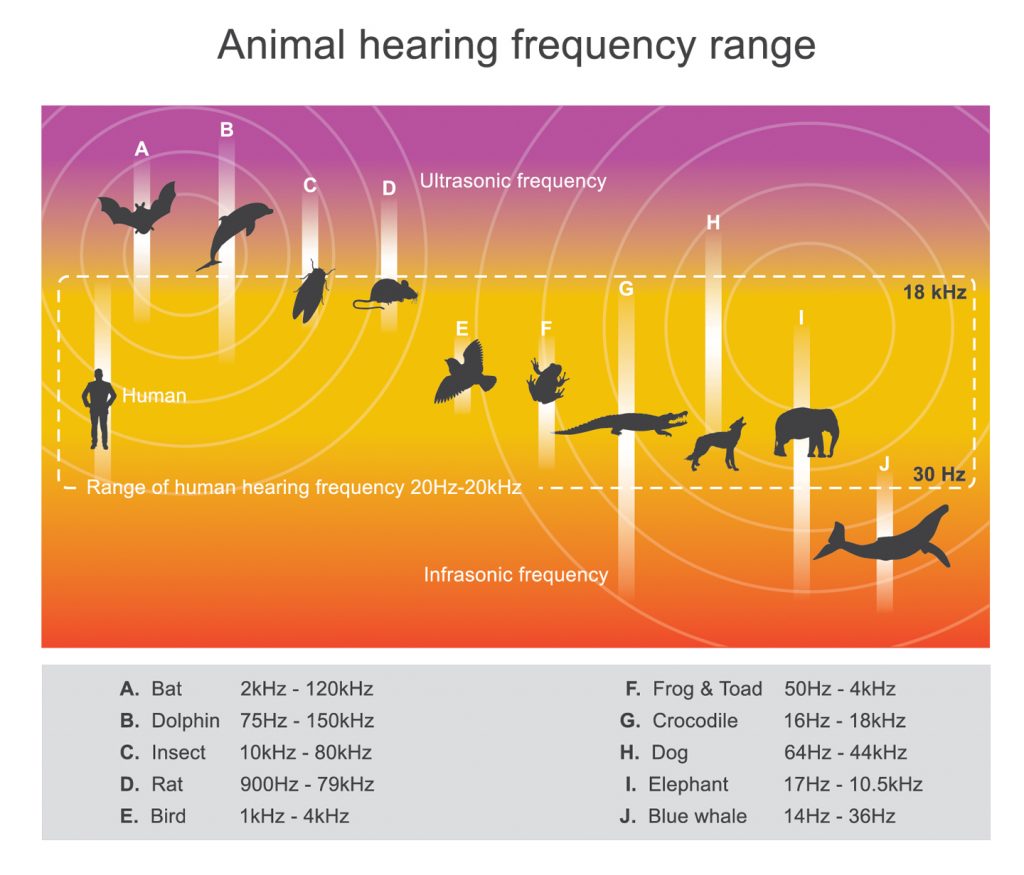 Humans do not hear as much as other animals.

The range of sound intensities that the ear can process starts at 0 dB (decibel). Prolonged exposure to sounds of 85 dB and more can lead to hearing damage. The ear has a protective mechanism: when it faces loud sounds a reflex contraction of muscles in the middle ear dampens sound conduction. Sounds of 120 to 130 dB cause pain, and there is a risk that hearing loss will be induced. Above 140 dB, you can damage the Organ of Corti, which contains the nerves. From silence to noise, the decibel scale

If you go to quantify the pressures created by compressing air, the numbers are tiny. Sounds up to 140 dB only create 2 millibars of pressure, lower decibels thousands of times less. This pressure may be scarcely detectable, and the level may scarcely qualify as compression. But it is compressing air that creates the sound, and inevitably leading to the sense of hearing.