With subsequent skyscrapers reaching a kilometre in height, we look at how they got here and how air compressors played a role. 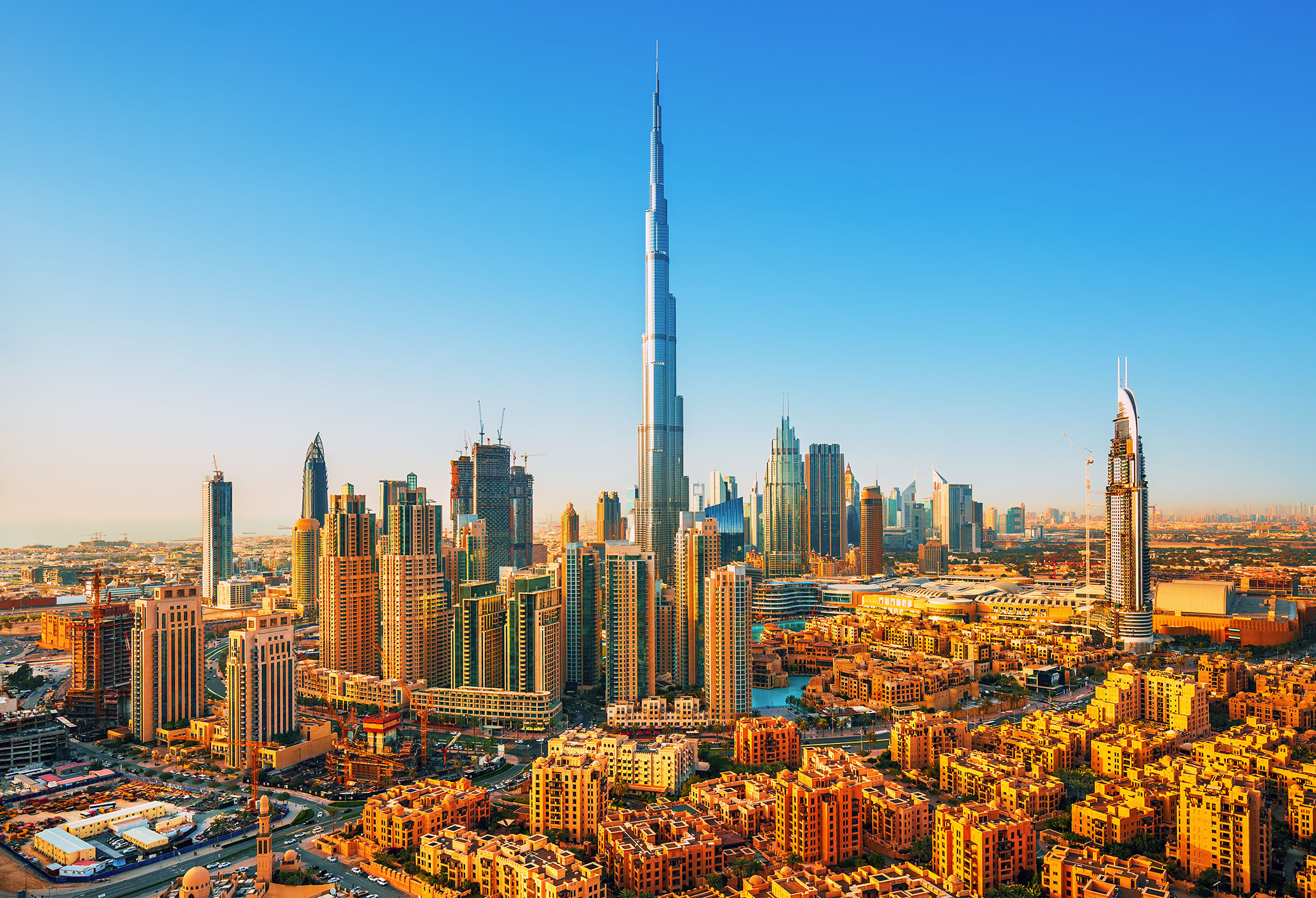 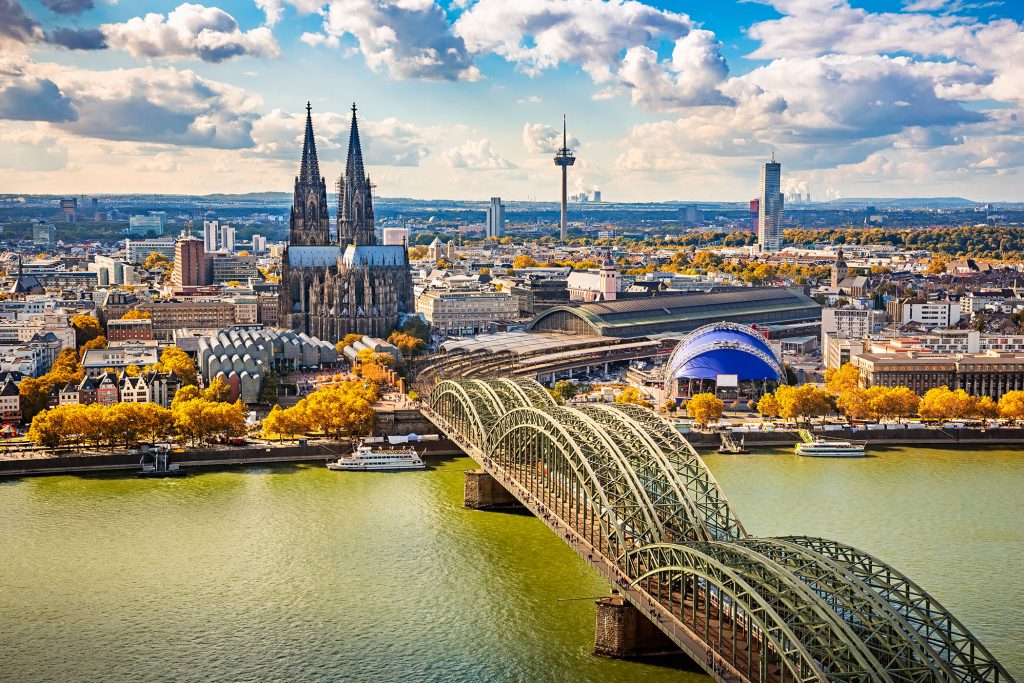 The twin spires of the Cologne Cathedral, once the tallest structure in the world

Skyscrapers, however, are above 150 metres heigh, and only few cathedrals were that tall. The Singer building, built in 1908, demolished in 1968, was the first ‘Skyscraper’, reaching a height of 186 metres. Tall buildings of the early 20th century used a new technique, so the ground could support taller, heavier buildings. These used caissons which were installed below the level of the ground, keeping out muck and water, creating a workspace.

The Woolworth building at 241 metres held the title of ‘World’s Tallest’ from 1912 to 1930, used caissons. Caissons can be watertight if large, but smaller pneumatic caissons employ compressed air. Pneumatic caissons are sealed at the top and filled with compressed air to keep water and mud out at depth, having the advantage of providing dry working conditions, which is better in construction. An airlock allows access to the chamber. Workers move muck from the ground to a water-filled pit, connected by a tube to the surface. A crane at the surface removes the soil with a clamshell bucket. The water pressure in the tube balances the air pressure, with excess air escaping up the tube. The pressurized air flow must be constant to ensure regular air changes for workers and to prevent excessive inflow of mud or water at the base. The Woolworth was also the first building to use concrete construction on a steel frame, like the Chrysler & the Empire State Building after it. But how could they take the concrete so high up the steel skeleton of the building?

Guniting, invented by American taxidermist Carl Akeley in the 1900s, is a process of blowing dry material out of a hose with the help of compressed air, wetting it as it is released, so it sticks to a surface. Initially used to patch up old buildings with concrete, this was adapted by masonry workers into construction, so the concrete is transported in a semi liquid form before is settles. Compressed air and a specially designed air-actuated pump propel a dry pre-mix of cement and sand into a nozzle. Prior to ejection, water is mixed. The controlled quantity of water forms mortar with the right consistency to plaster a surface like a wall when the mortar is projected onto it. 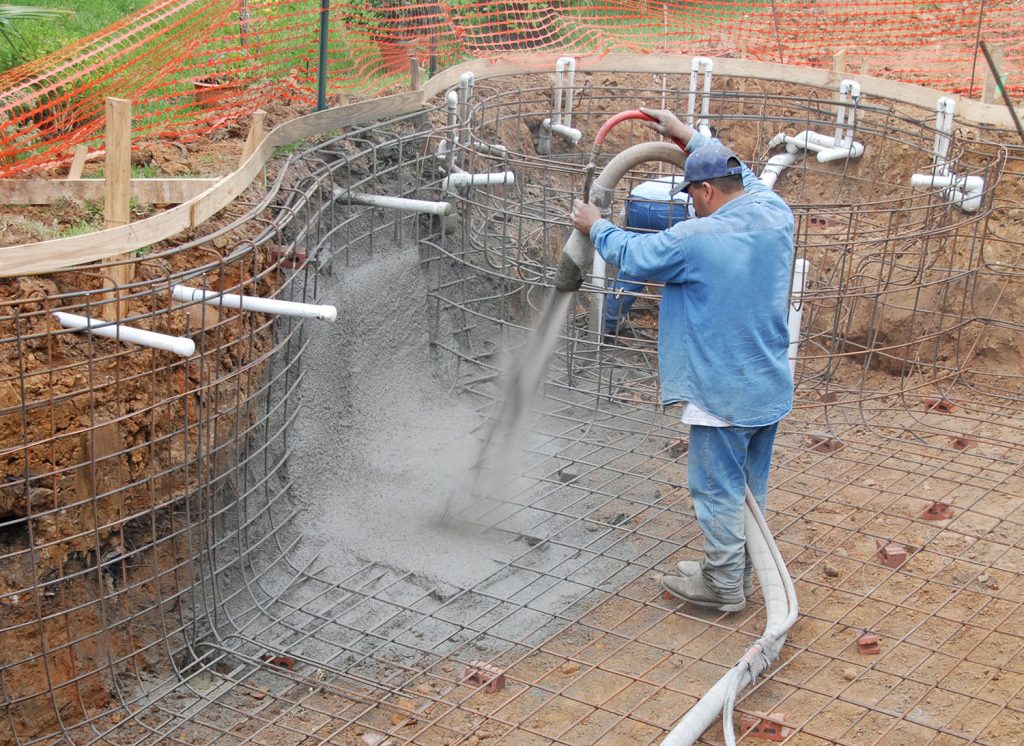 Even today guniting employs portable diesel engine-powered air compressors, which supply between 250 cubic feet per minute (CFM) to 600 CFM of compressed air. These machines are operated in challenging environmnets and are required to have highly durable and manoeuvrable compressors.

Guniting could only be used up to a certain limit. As concrete structures grew taller, cement pumps began to be used. After the Empire State Building was completed in 1931, soaring above the height of France’s Eiffel Tower, skyscrapers started popping up across the world. The CTBUH (Council on Tall Buildings and Urban Habitat), established in 1969, is the authority on the height of skyscrapers. They deem buildings to be above 300 metres in height (the height of the Eiffel Tower) to be super-tall skyscrapers. Shanghai’s Pudong District, with its 3 mega towers. Shanghai Tower on the right.

Today there are over 100 buildings that exceed this, with Dubai’s Burj Khalifa right at the top of the list at 828 metres. The city of Dubai has 22 ‘supertalls’, more than double Shenzhen & Guanghzou in China, which have 9 each. China saw a skyscraper boom in the 21st century and houses half the world’s buildings above 400 meters. In fact, Shanghai Tower is taller than the Burj Khalifa, when the tallest occupied floor is measured. With Saudi Arabia planning the kilometre-high Jeddah Tower, skyscrapers are only going to get taller.

ELGi’s air compressors use cutting edge technology and are tools that support construction, enabling people to reach the heights that they aim for. Read more about ELGi here.