ELGi Air Compressors find an innovative use for launching tugboats in Malaysia. 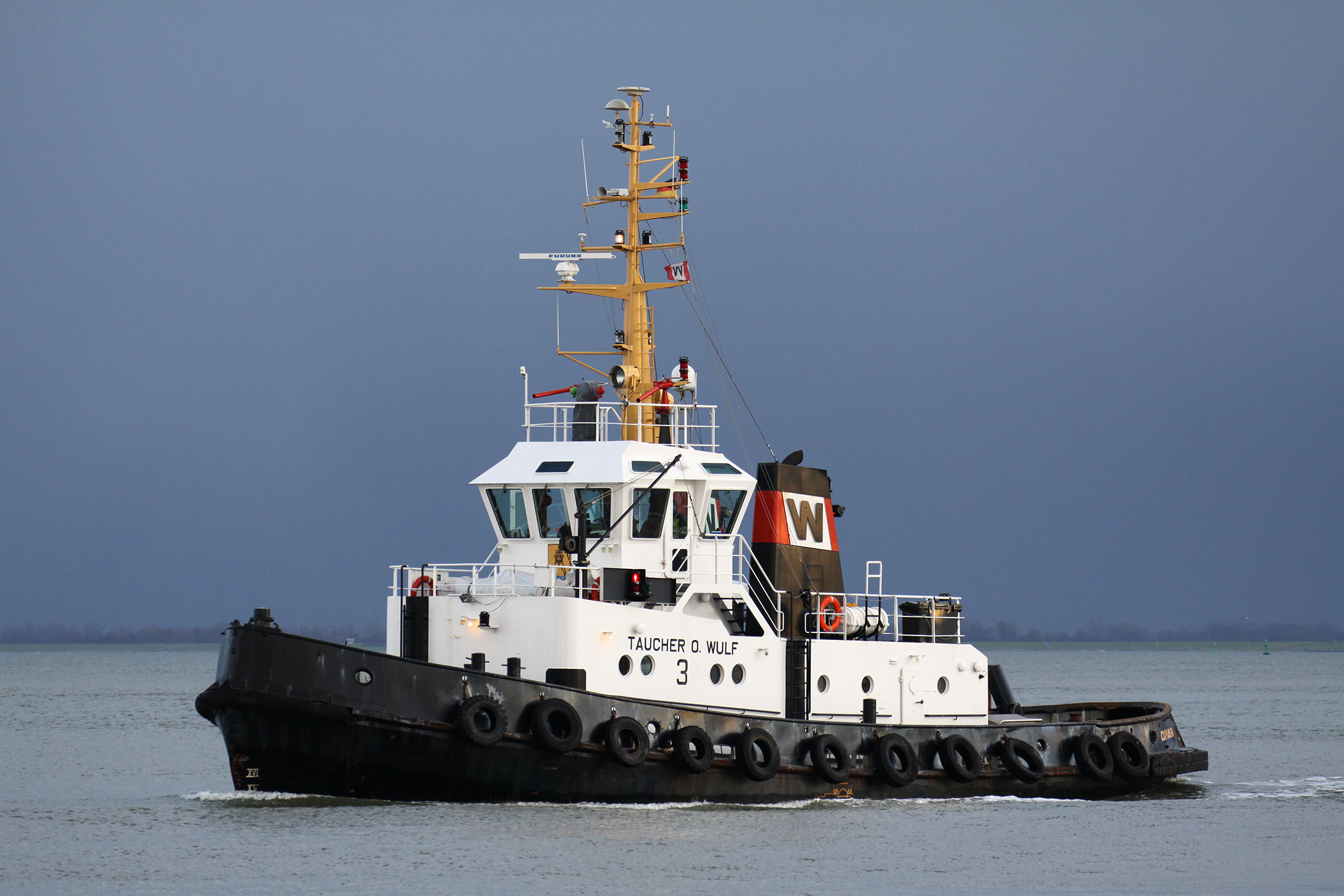 Ships carry over 7 billion tons of goods across the waters of our planet every year. With less than 1% of goods transported by air, ships still are the undisputed kings of transport.

Today’s ships are larger than ever before, with an estimated 35,000 commercial ships in the world with a gross tonnage of more than 1000 tons. Bulkers that carry goods such as ores and grains, have a deadweight of over 200,000 tons. Larger than these are tankers, which transport oil, gas and chemicals. Smaller tankers weigh about 10,000 tons, but there are Ultra-Large Crude Carriers (ULCCs) or super-tankers, with a deadweight exceeding 500,000 tons and lengths close to 500 metres. 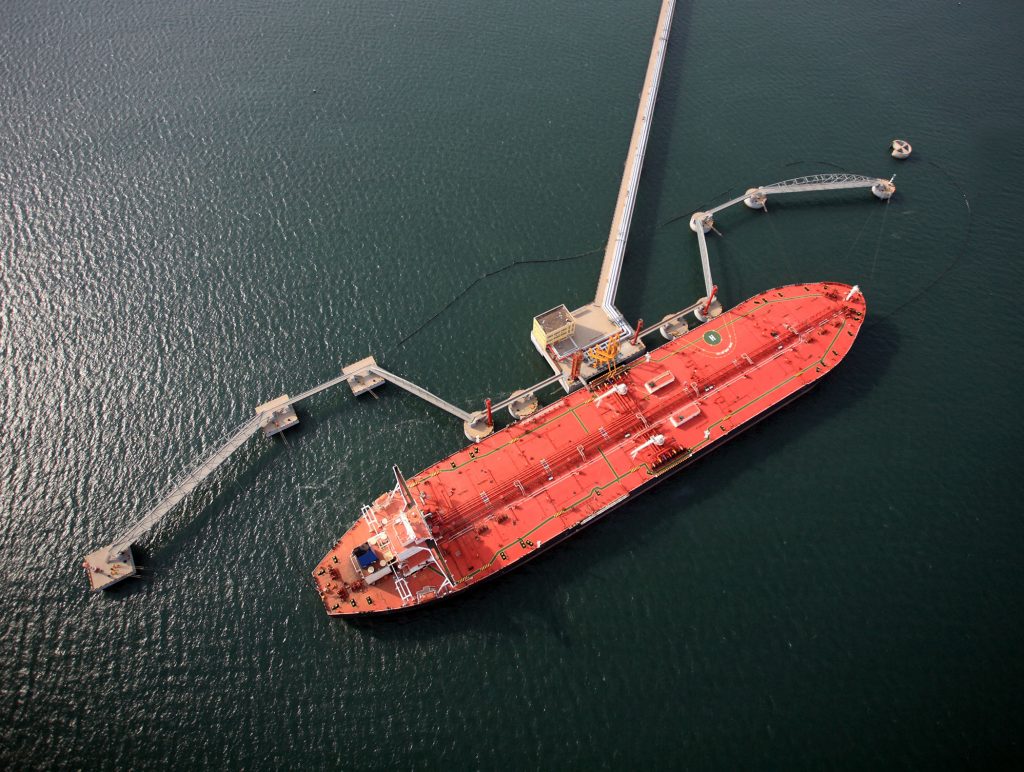 Jahre Viking or Seawise Giant was the largest ship ever

For all practical purposes, once these behemoths set sail in the open sea, they just need to keep travelling in a straight line, which they do well. But how do they slow down? Or turn? Even move sideways? Ships have no brakes, requiring hundreds of metres to stop. A massive super-tanker may have a stopping distance of a few kilometres – and a radius exceeding half a kilometre when it turns. The limits of a ship’s movements are tested when navigating narrow waters and when docking or casting off. Here, ships need the assistance of tugboats. One tugboat can help a massive tanker turn

Tugboats are relatively small vessels, about 30 metres long, built specifically to manoeuvre larger craft. They can be powerful, housing locomotive engines ranging from 700 HP to 27000 HP. Tugboats themselves are extremely manoeuvrable. Tugboats are manufactured with several steel components, which must all be sandblasted to remove rust and dust prior to welding and painting. Air compressors are used to sandblast parts of ships. Compressed air is also used to test the ship’s water and fuel tanks under pressure to identify leaks. 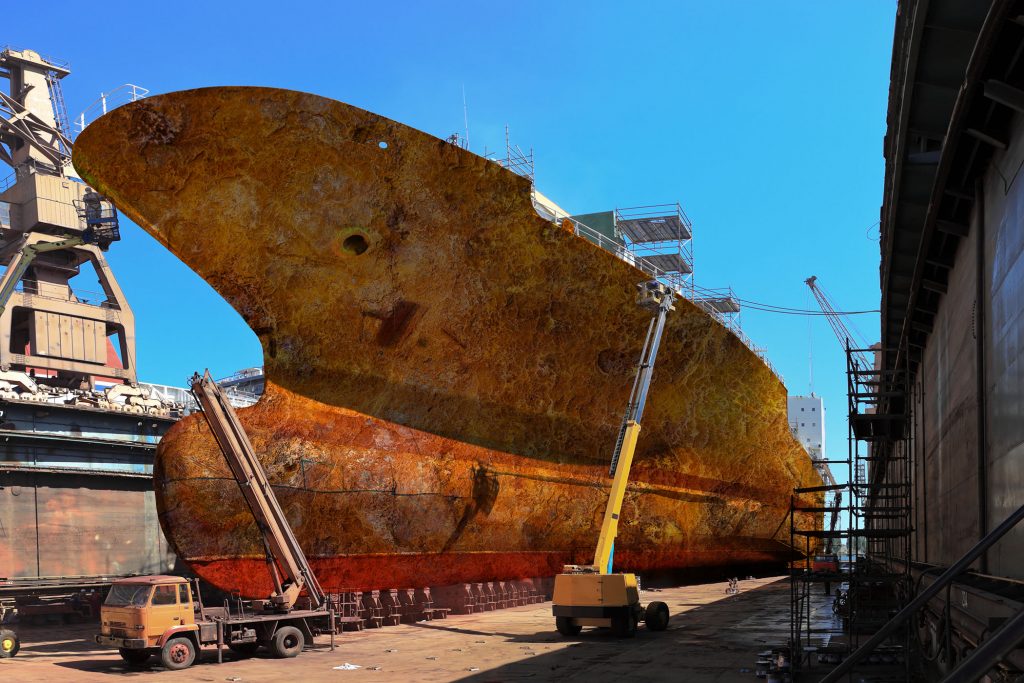 Tugboats, or any ship, are traditionally launched into the water by being made to slip down an inclined slideway, lubricated with oil or wax. This simple process has the danger of the ship sustaining damage due to high pressures experienced by the hull. Steel plates and steel rollers or balls can be used to reduce friction. While more effective, this process is more expensive. To overcome the disadvantages of these two methods, dry docks are used. Ships are pieced together in the dock, which is filled with water at launch. The ship then floats out of the dock into the sea, often without damage. The drawback to this simple process is the high initial investments in constructing the dock.

ELGi has been supplying air compressors to tugboat builders in East Malaysia, who use an innovative technique to launch the vessels they build. They use airbags, cylindrical in shape, with hemispherical ends and constructed of layers of reinforced rubber. 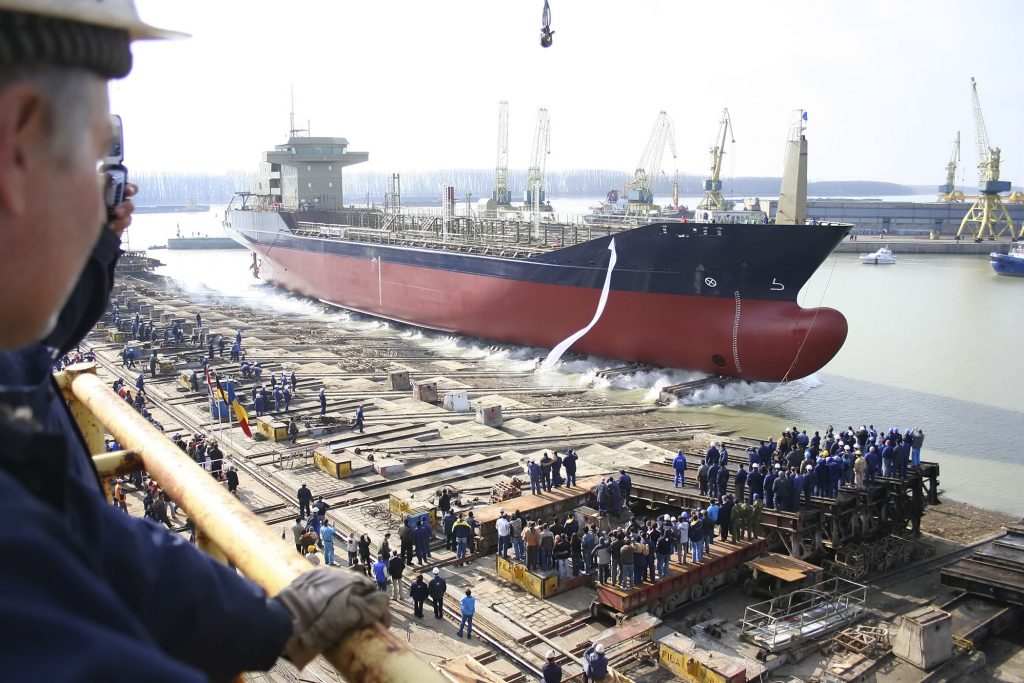 Ships normally slide down an inclined, lubricated slideway when launched.

These builders start building the ship on rows of concrete blocks placed on level piece of ground near the water. The bottom of the ship is clear of the ground. Before launch, airbags are positioned between the blocks under the ship. The airbags are inflated with air using compressors, eventually touching the ship’s bottom and supporting its weight. Blocks at the rear of the ship are removed, airbags at the front inflated further and those at the back deflated, tilting the ship downwards towards the water. The ship is then pushed a little using bulldozers and begins to slide into the water on the airbags. 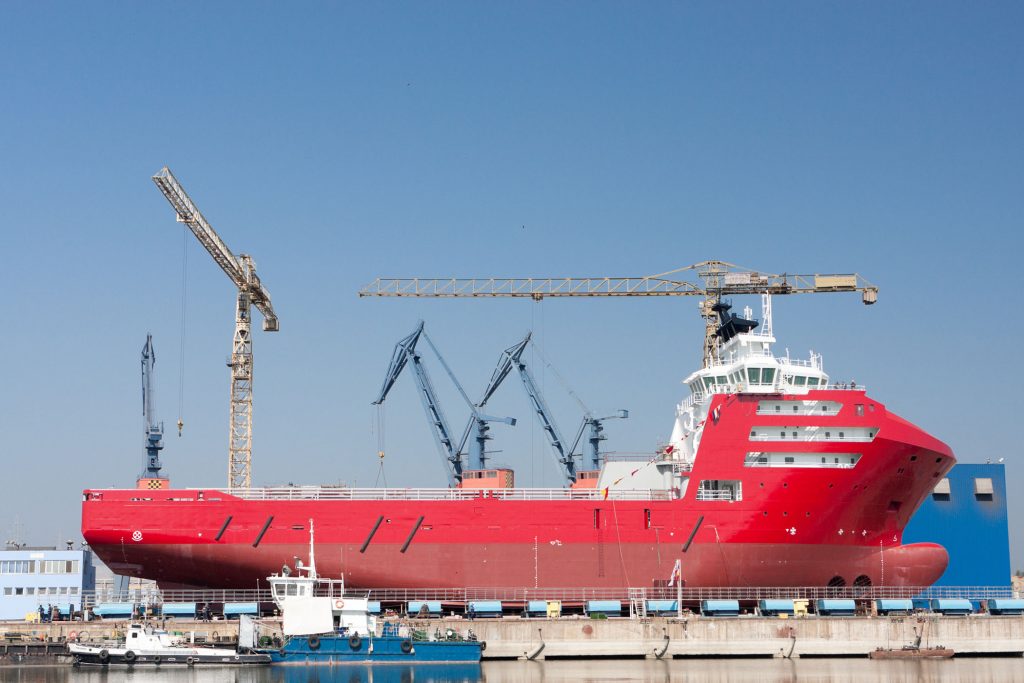 Ships up to 55000 tons can be launched with airbags

Like massive air-pillows, they are firm enough to serve as rollers, but soft enough to take the shape of the bottom of the ship as the ship is launched. The pressure that needs to be developed in the airbags is surprisingly low considering how much ships weigh, about 2.1 bar. Conveniently, shipyards can use the same compressors used for sandblasting for this process. Airbags that enter the water during the launch are recovered using smaller ships. They are then deflated and folded up for re-use, to be inflated again using ELGi’s compressors for the next launch.