The Air Force of Tanks. 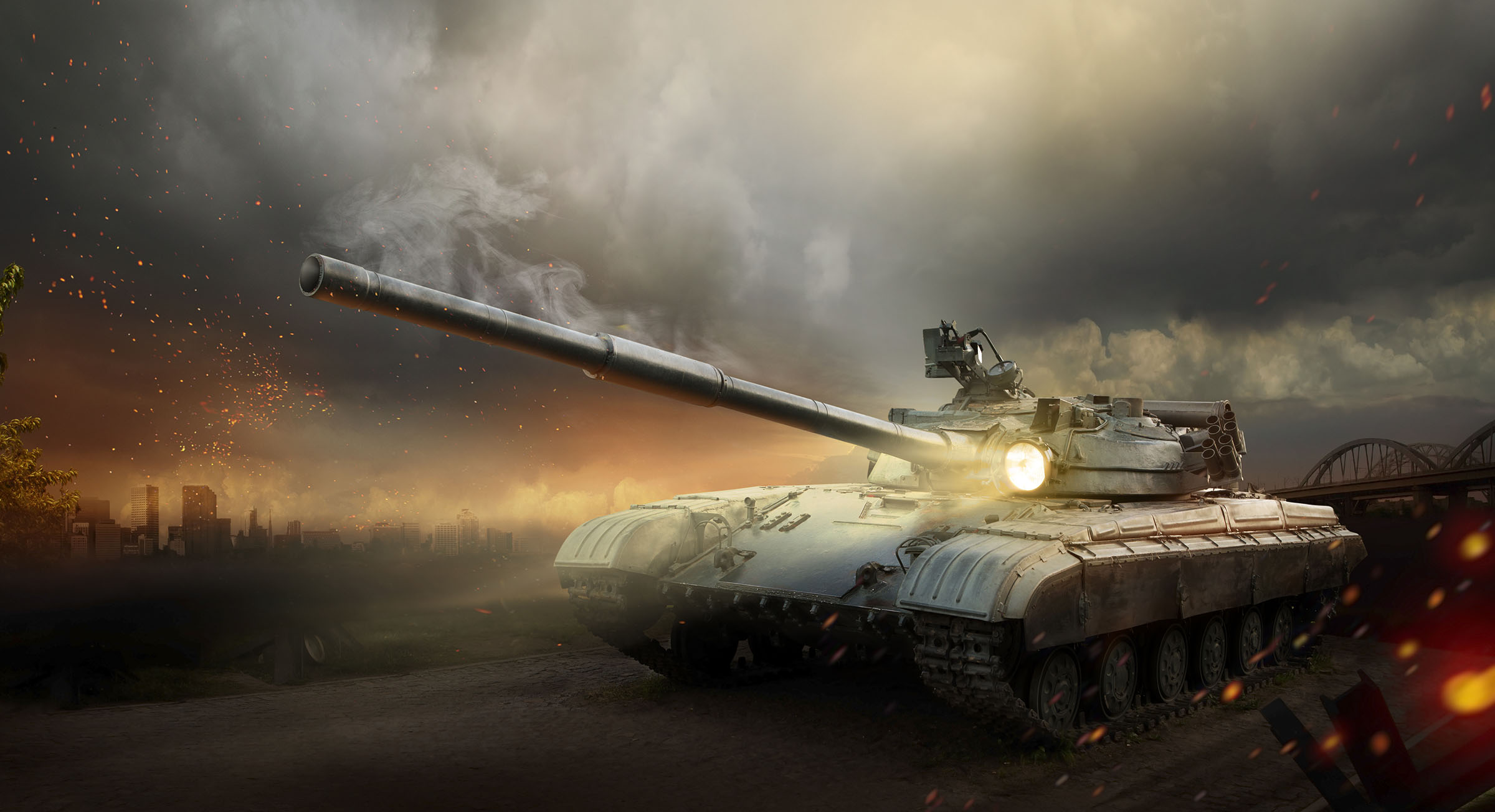 Since the first wars that humans have fought that involved mechanical devices, the militaries of the world have been employing compressed air in designing different classes of warfare. Take the case of the submarine, which initially required human propulsion. In 1863, compressed air was first used, and the submarine revolutionized. Compressed air was responsible for the buoyancy of the German U Boats even in the First World War, proving vital instruments of stealth and destruction.

But what about land artillery?

In the same war, trench warfare had led to a stalemate along the western front. The emphasis was on sieges rather than on manoeuvring and formations. Vehicles referred to as ‘land ships’ were being developed in the United Kingdom to achieve a breakthrough. To maintain secrecy, the workers of the company that built these vehicles were told that they were working on water-carriers for Mesopotamia, modern day Iraq.

This is the origin of the word ‘tank,’ for that is what the vehicle involved was. It was put together by the British, starting from an American tractor. They gave it caterpillar tracks, a feature they already used in gun tractors. They equipped it with weapons mounted in turrets and enclosed it in armour to protect it against bullets. The tank has been one of the best solutions to the problem an army faces of needing to advance even when under fire. The Assyrians once used movable barriers for their archers. The Romans used towers equipped with catapults. These were shielded structures that moved on wheels. Metal-plated wagons mounted on wheels were used in parts of Europe during the Middle Ages. 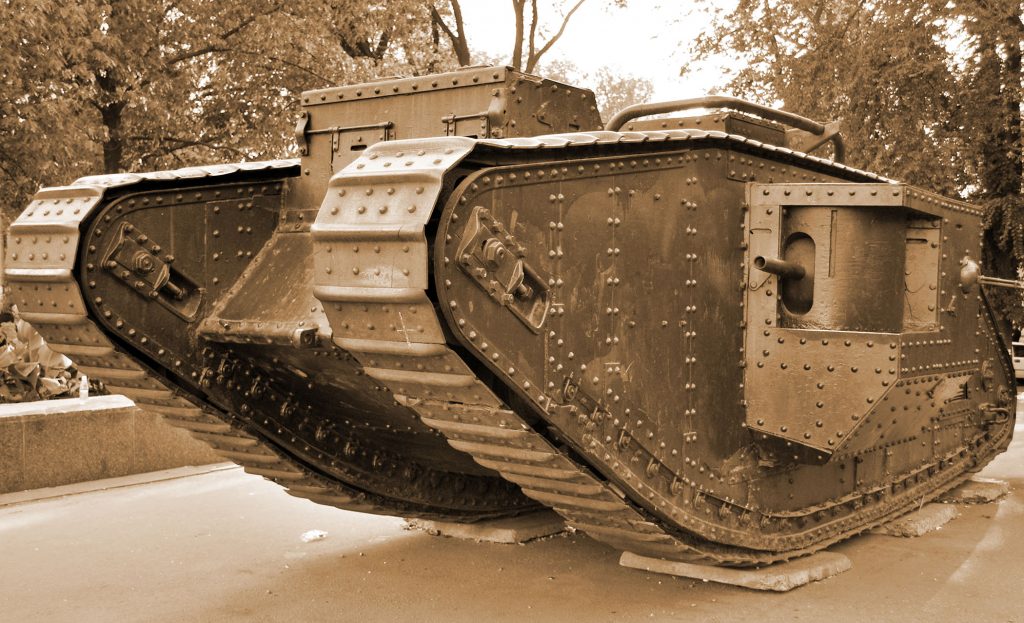 Even during World War I, there had been other solutions. Armoured trains were tried, but they could only go on tracks and were easy to destroy. Armoured cars were more effective, but unable to tackle difficult terrain. These armoured vehicles had employed compressed air starter systems since horses had been replaced by carts at the start of the 20th century.

The United Kingdom led the development of the tank, followed by France which made its own models. These two countries deployed them in large numbers, sealing the outcome of World War I. In the 1920s and 1930s, other countries, notably Russia and Germany – which had been defeated by them – took centre stage. The emphasis was on lighter, cheaper tanks, but it was clear that the future would need heavily armoured tanks equipped with heavier guns and a more compact hull for stealth.

The capability and sophistication of tanks reached new levels during World War II. Tanks became heavier as the war proceeded, being equipped with armour 100 mm thick. Guns needed to be as large and powerful as possible to deal with armoured targets so single, large guns with an all-round field of fire became common. Tank armour has become more effective, gun technology has improved and refinements have been made in stabilisation of the gun, communication, targeting and crew comfort.

Today’s tanks can conquer any terrain at speed

Three major factors are considered in assessing the effectiveness of a tank.

One of these is its mobility over different terrain, the ability to move swiftly, turn easily and climb obstacles. Ideally tanks should cover large distances and traverse bridges and rivers. The ability to transport a tank by rail, sea, air or road is also considered when assessing its mobility.

Another factor is the tank’s protection for the crew - the ability to avoid detection and avoid being hit by enemy fire. A tank is difficult to hide or camouflage in the open and can be spotted from the air, plus sophisticated techniques exist to detect them. Further, a tank has a ‘thermal signature’ so if the engine of the tank is hot, with thermal imaging the heat it sheds makes it stand out from its surroundings. Even hot air rising from it may lead to detection and so could the noise and vibrations it makes. The armour of a tank must protect it and its crew from different kinds of fire, namely anti-tank missiles, bombs, mines and other tanks. 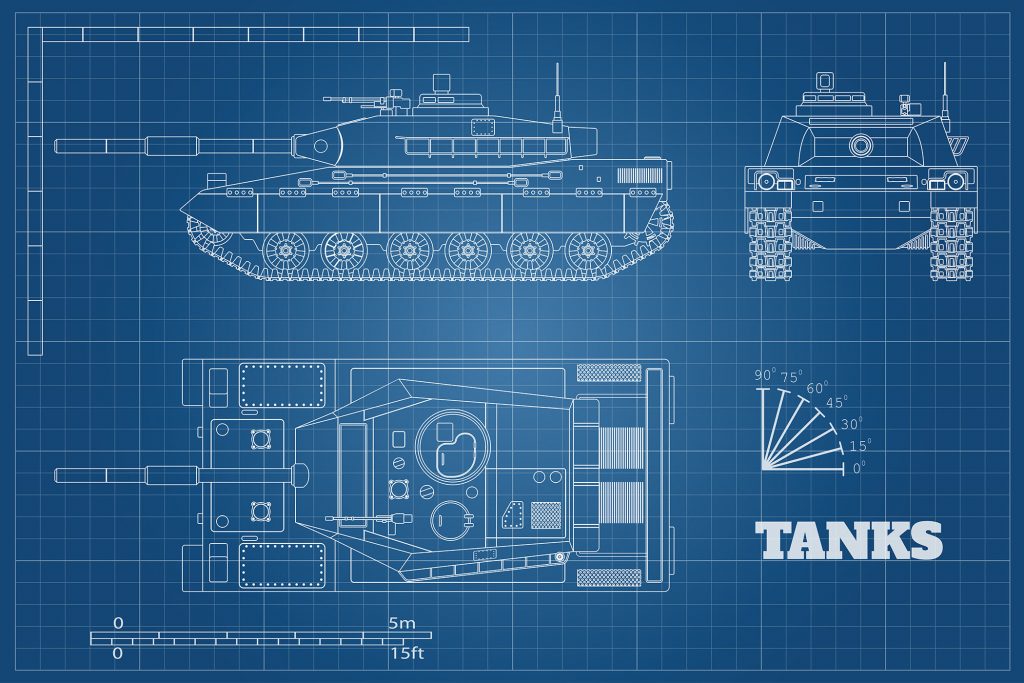 The third factor is the tank’s firepower. This is the ability of the tank to identify and destroy targets in the battlefield. A tank must have sophisticated detection equipment and powerful guns and ammunition. Improving the capability of a tank in one factor will lead to a decrease in the capability in one or both the other factors. For example, improving the protection of a tank by using heavier armour will decrease mobility. A balance must be struck between the three factors when designing a tank. (Or can create a triangle of Mobility vs Protective Armor vs Firepower)

The practical organisation that is involved in deploying tanks is very intensive. Tanks must be supplied continuously with large amounts of ammunition, fuel and replacement parts; all requiring considerable maintenance. If these requirements are not met, tanks are unusable. Tanks can also be rendered inoperative by weather. In hot weather, the engines can overheat. In very cold weather, lubricants may fail. It is partly because of the possibility of being put out of action by cold weather that compressed air has an interesting role to play in some tanks.

Tanks have electric starters as with most engines today, but they are also equipped to start using compressed air like the armoured vehicles before. In this starting method, compressed air is pumped into the cylinders so as to push the pistons and crank the engine. The pressure involved may be 5 to 6 times atmospheric pressure. Alternately, an air motor may be used to turn the engine shaft directly. The capacity of the receiver used depends on the number of attempts that may be required to start the engine. Using high-energy storage batteries and an electric starter is a more compact and less complicated means of starting an engine, but starter batteries may fail, particularly in very cold weather. Compressed air keeps the tank operational in such situations. The complexity of the system is a small price to pay for the benefits that are to be had. 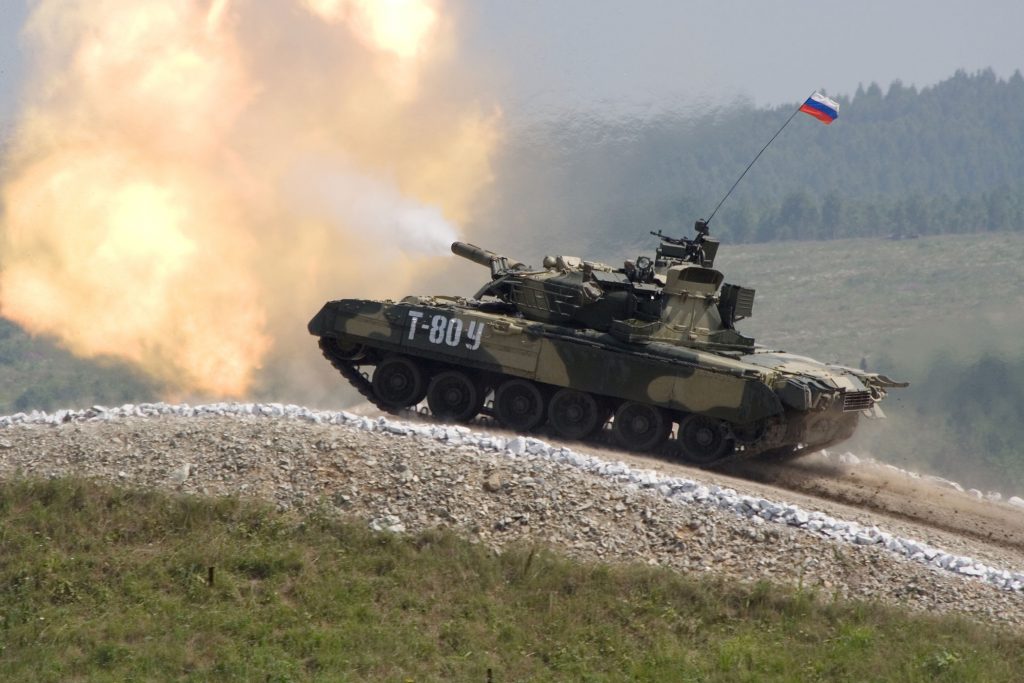 Compressed air was even used as a system to blow out residue after tanks like the American Sheridan tank fired their rounds. This residue would build up in older tanks and cause situations there the turrets were jammed. The British used compressed air in designing the infantry version of their Churchill tank which was able to fire blazing fuel – like a flamethrower – using this air to project flammable fuel stored inside. The Japanese had been using compressed nitrogen gas and then compressed air in flame throwers since World War 2, issuing a compact petrol-driven air compressor with the rest of the flame thrower. With compressed air utilized in aircraft and ships as well, it remains a viable tool for armed forces across nations. Know more about ELGi compressors here.