In the Depths of the Dead Sea 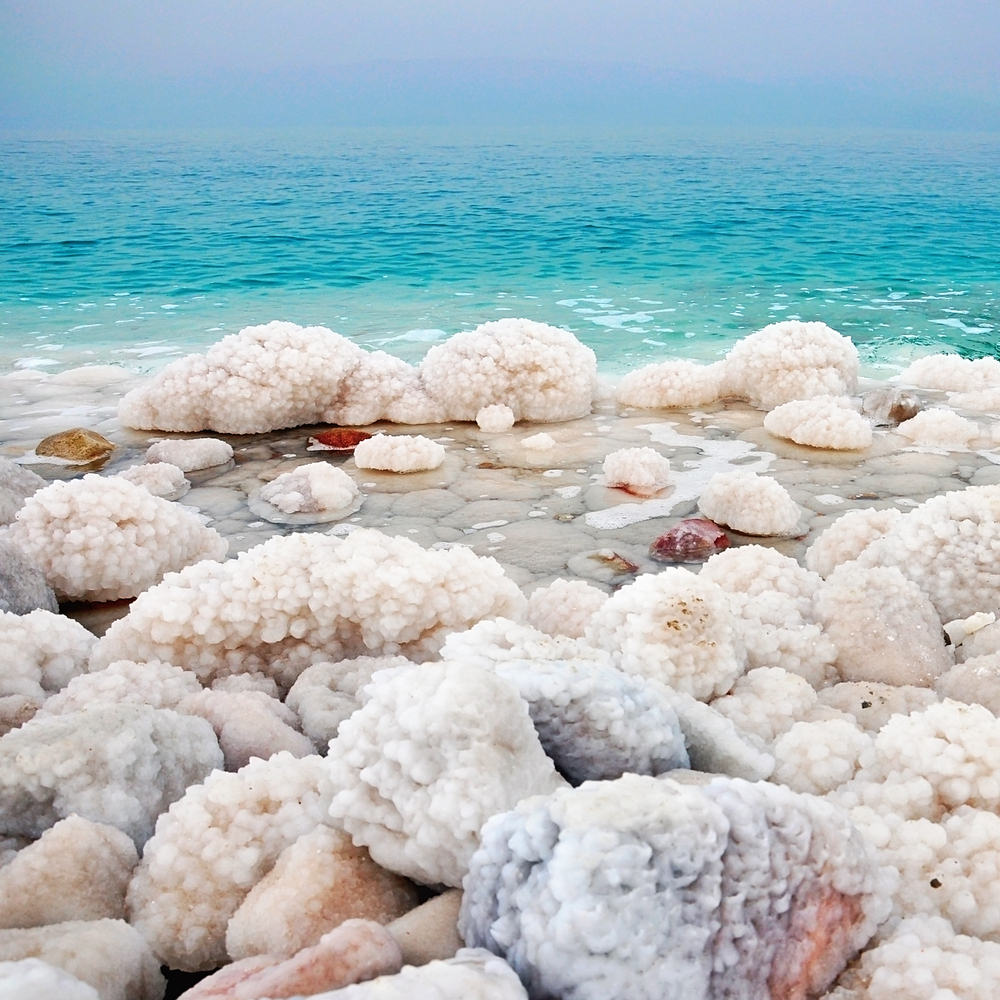 Bordered by Israel, Jordan and the West Bank is the lowest point on land in the world: its altitude 400 metres below mean sea level. The region is arid, receiving no more than 10 centimetres of rainfall in a year on average.

In this setting, here, in the Jordan Rift Valley is a lake. It has only one major source of water feeding it: The Jordan River. It is more than 60 kilometres long and 18 kilometres broad at the widest. This is no ordinary lake. Nearly 10 times saltier than the world’s oceans, this is the Dead Sea. 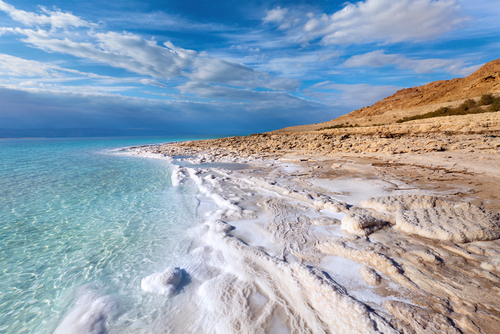 Owing to the extraordinarily high salt concentration, the density of the water is 1.24 kilograms per litre as against 1.03 kilograms per litre of seawater. The most obvious result of this high density is that anyone can float easily in the Dead Sea.

In contrast with most seas, in which life abounds in multitudinous forms, the harsh environment of the Dead Sea does not support aquatic life; barring a few strains of microorganisms. The situation changes only when there is a rare rainy spell of weather. In one notable instance, in 1980, after a rainy winter, the waters of the Dead Sea turned red. This was because of an outburst of algae called Dunaliella in response to a drop in the salinity. The algae, in turn, supported the growth of red-coloured halobacteria.

Interestingly, areas around the Dead Sea were historically fertile and were used to cultivate crops. Palm trees and papyrus are known to have grown densely in the delta of the Jordan River in the past. Further from the lake, animals such as ibex, hyraxes, foxes and leopards are seen in the surrounding mountains even today. The avian life of the area is rich.

It is curious that the Dead Sea is devoid of life itself but is believed to support good health and recovery from illnesses. Factors that contribute to this beneficial nature of the region include its atmospheric pressure (which is greater than elsewhere), the reduced ultraviolet radiation in the sun’s rays, the low level of allergens such as pollen, and the mineral content of the water.

The atmospheric pressure is known to assist people suffering from respiratory impairments. The ability to sunbathe for extended periods in the reduced ultraviolet radiation, along with the

effects of the air and sea, helps people with skin disorders such as psoriasis.

Even in historical times, the therapeutic nature of this region has been appreciated. It was one of the world’s first health resorts for the Roman king of Judea, Herod the Great. The Dead Sea has been a source of a variety of cosmetics, balms and herbal sachets since time immemorial. And there is great interest even today in the use of Dead Sea salts for skin and body care products.

Early in the 20th century, the commercial value of the mineral wealth began to be appreciated. Potash, or potassium chloride, in particular was exploited for use in fertilizers. Both Israel and Jordan produce millions of tons of potash annually. The Dead Sea Works was an Israeli company established in 1952 to produce potash and other minerals. The operations on the Jordanian side are carried out by the Arab Potash Company.

Arab Potash obtains the raw material for potash extraction from below the seabed. The sea is typically 20 metres deep, and drilling is carried out 40 metres below the floor. The drilled material is transported to the surface by compressed air. And this is where air compressors come into play. ELGi’s diesel-powered skid-mounted compressors are at work here, bringing up the raw material for potash extraction. It follows that the compressors employed in this mining process need to deliver high performance over extended periods; reliable and economical running being absolutely critical.

The Jordan Government, through its Contractor Sener Arda Construction Co., has successfully laid 170 pipes in the Dead Sea for potash mining with the help of ELGi’s DS 1100-300 skid

compressors. The compressors are powered by engines with international warranty. Rated

with a flow output of 1100 cfm,the compressors have allowed the customer to drill faster and